Freedom vs discipline - the ANC and DA's current bugbea...

Freedom vs discipline – the ANC and DA’s current bugbear 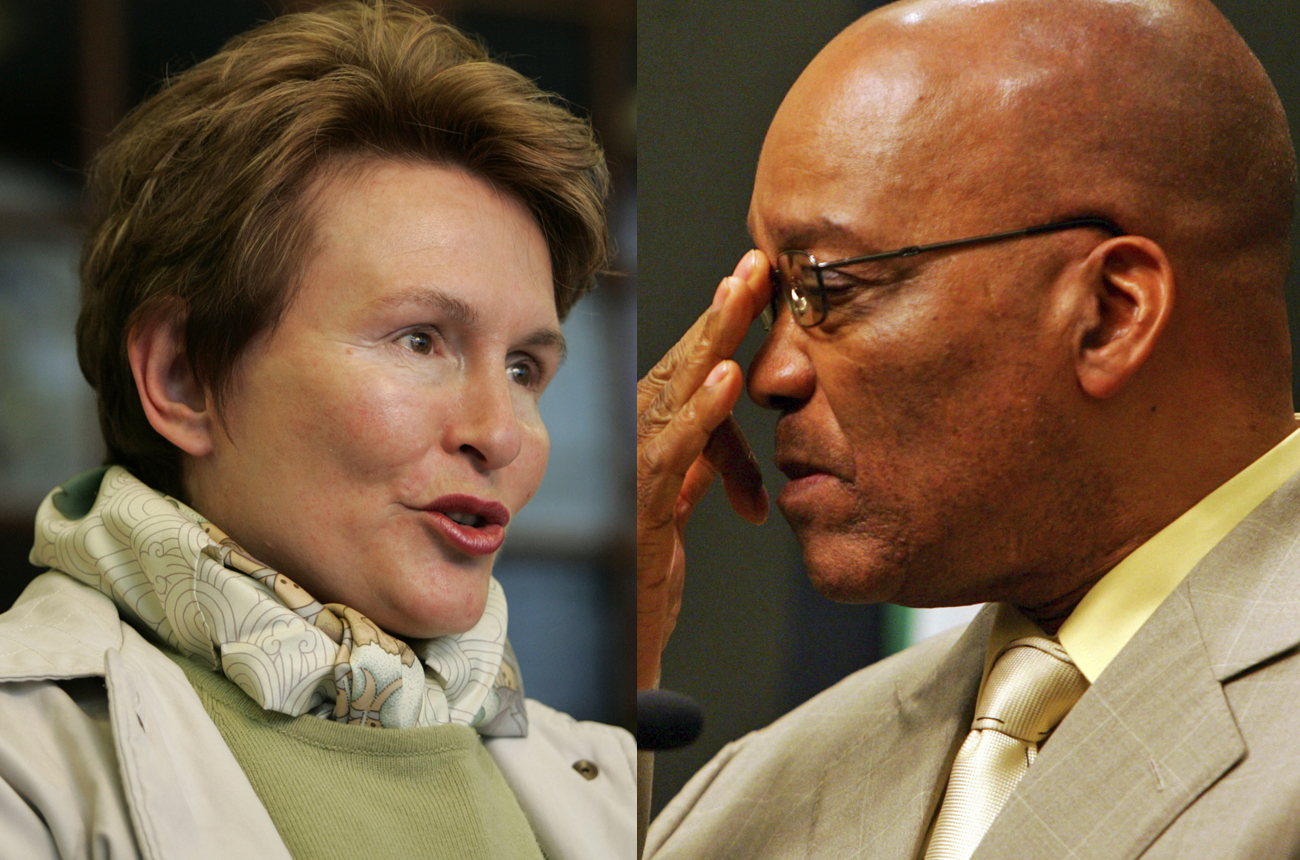 To run through the big debates within our politics is to look at issues around our past, our possible futures and our very different presents. To look at the headlines, you will see and hear issues around leadership (which seems to get the bigger fonts) and internal dissent and public spats. It's all good normal politics. But take a slightly wider view, and it's becoming apparent that both our major political parties are sometimes grappling with very much the same issues. By STEPHEN GROOTES.

There are different reasons around this, but the essence of the issue is the same. Both the ANC and the DA are still working out the balance between democracy, freedom and discipline. Get the balance right (to quote Depeche Mode) and you’re a winner. Get it wrong, and you’re history.

Helen Zille seems to have a problem. His name is Masizole Mnqasela. He’s an MP (who was acquitted of a rape charge last year) with a slight zest for outspokenness. This week he’s due to face a disciplinary inquiry because of comments he made during the DA’s election for a parliamentary leader. He was backing Athol Trollip, and referred to Lindiwe Mazibuko as “too white”. Zille hit back, publicly, comparing him, less than obliquely, to Hendrik Verwoerd. Now he faces charges, in one of the few situations in which you see the words “DA” and “disciplinary” on a billboard.

In the ANC, things are a little more interesting. This weekend’s spat involved public enterprises minister Malusi Gigaba and deputy trade and industry minister Thandi Tobias-Pokolo. Gigaba has been running a very public campaign against both Julius Malema (who’s run a pretty public campaign against him) and those pushing for change at Mangaung. Gigaba did two interviews ruling out a political solution to the Malema disciplinary issue and spoke out about generational mix. Tobias-Pokolo says he’s “undermined” party unity by taking his views public.

This spat is very similar to those involving both Malema, who’s being disciplined for things he said, and Mathews Phosa, who was on the receiving end of a very public rebuke from the ANC’s national officials. Or ANC secretary-general Gwede Mantashe, depending on how you look at it.

There are those who believe that the right to freedom of speech is absolute. But in political parties it simply cannot be thus. You are either a supporter of the party, or you are not. And the closer you get to power, the more responsibility you take on, the less freedom you have. If you are a party member, you can still pretty much say what you like, so long as you don’t “bring the name of the party into disrepute”. If you are a branch leader, you can’t publicly disagree with your branch members, without expecting a few consequences. The same goes further up the chain. Zille’s freedom of speech is much more circumscribed than anyone lower down the DA food chain. It’s the same everywhere. There’s a reason why Barack Obama and every US president before him has spoken so slowly while in front of a microphone.

If we look now at our major political issues, we can see the balance is slightly upset. Malema seems to think that despite holding responsibility, he can say what he likes, that he can “go to war for rapid policy change” without any consequences. Part of the reason for that was because the ANC Youth League leader before him, Fikile Mbalula, seemed to get away with it (make no mistake, while Mbalula was a real firebrand, he was never as extreme as Malema, he never threatened violence as Malema did with “I would kill for Zuma”.) In Mnqasela’s case, the dynamics seem to be different. Perhaps he just felt strongly, or perhaps he wanted to stir debate in the party about race. Or maybe he had some kind of feeling he was on his way out and wanted to cause some very real damage. But Zille was the person who took umbrage.

What is fascinating about all of these instances is the extent to which they involve people lower down the food chain taking on the bigger fish – even indirectly. In the ANC’s case, Malema and Phosa took on President Jacob Zuma. Gigaba was really defending Zuma from Malema when he made his comments, and Tobias-Pokolo was reacting to that. It really seems that what’s happening here is that leaders are defining discipline as they go along – if you cross them, that’s crossing the line. They’re the leader, they determine the line. In both cases, they would be quick to deny that; they would point to all sorts of examples and history of where that’s not the case. But it’s still a hard conclusion to shake.

Still, the time and effort both parties must put into this can’t be underestimated. As the ANC gets bigger, and gathers more and more members (and passes the 1-million mark), it’s going to get harder and harder to discipline an ever-larger number of people. It would also seem that its members are likely to come from more and more disparate backgrounds. You will have the unemployed and never-likely-to-work rubbing shoulders with the Gucci and Armani brigade.

The DA’s situation is slightly different. One of the problems with getting some power is that you attract a different type of person. This means it will start to feel some of the ANC’s pain as businesspeople and those just keen for power start to get interested. But leaders of both parties do have more of a hold on their members than those in other countries that elect their representatives directly. In the UK for example, an MP holds the seat by virtue of being elected by the constituents (and wonderfully, can’t resign). In the US it’s the same. Here, because of proportional representation, your status as an MP is in the gift of party bosses. Vote against the party line buddy boy, and you’re out. This definitely strengthens the hand of party leaders.

But there is a cost. It leaves leaders perhaps too powerful, and MPs virtually powerless. They risk becoming just voting fodder, cattle to be told what button to push at the appropriate time. It means that in the grand scheme of things, decisions are still made behind closed doors, where the smoky rooms are the scene of deals and discussions. It perhaps leads to a culture where internal dissent is simply not tolerated. It’s the ANC during the Mbeki years all over again. Perhaps part of the reason for the public spats we’re seeing in the Alliance stems from this very structural problem – that party leaders are given too much power as a by-product of the very essence of our Constitution. As a result, they get out of the habit of tolerating dissenting MP’s. Hence, the Protection of State Information Bill.

Recent history tells us that party leaders tend to get their way. That seems unlikely to change. But change must come. For both parties. Without it, they risk becoming just representations of their respective leaderships. Like the IFP. Which we haven’t mentioned here, because it’s no longer a major political party. DM