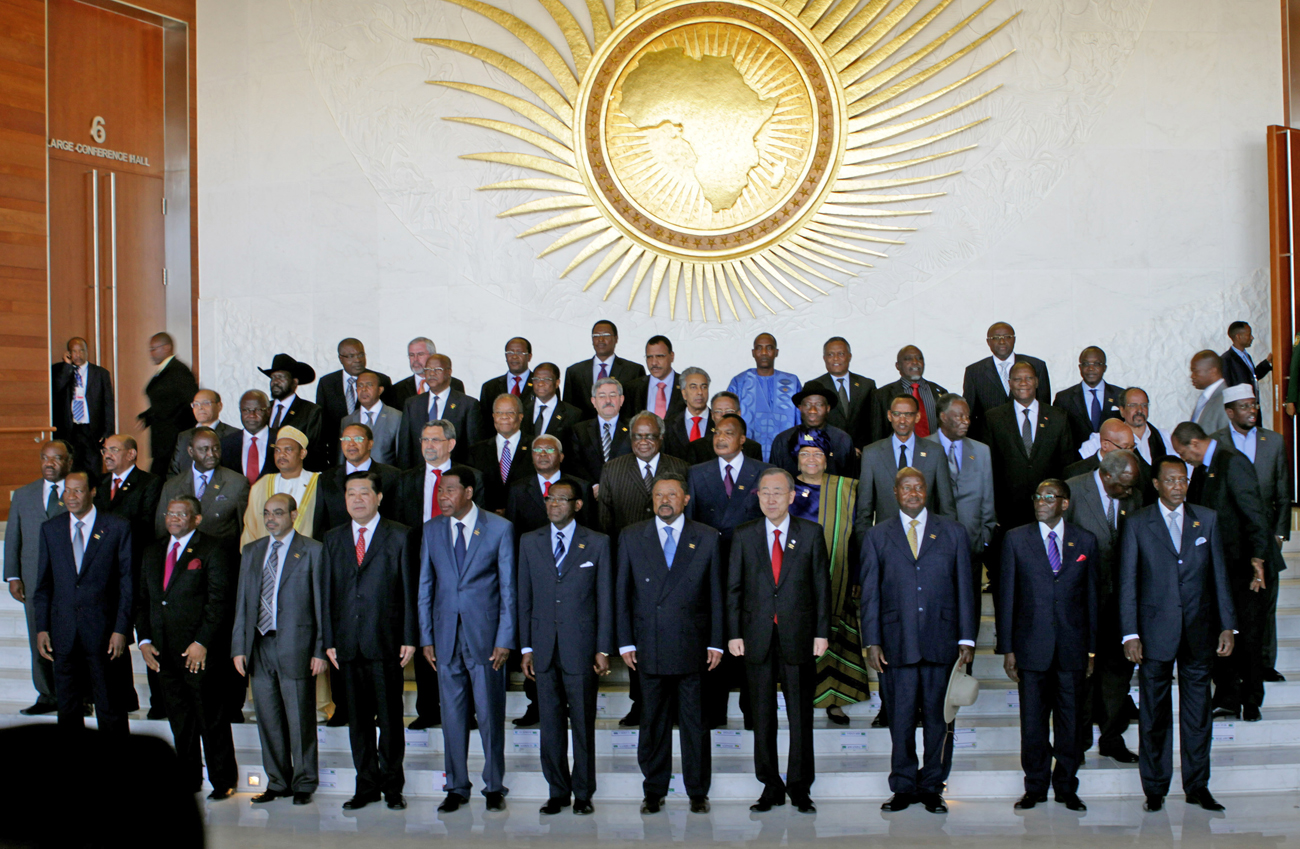 Rumours wafting out of African Union HQ in Addis Ababa have given Nkosazana Dlamini-Zuma a slight edge over Jean Ping going into the secret ballot on Monday morning.  South Africa has reportedly had pledges of support from 35 of the 51 countries eligible to vote. But many leaders have derided South Africa’s ambitions for the AU’s top job as an attempt to reinforce its hegemony over the rest of the continent. By KHADIJA PATEL.

“I have accepted the challenge of leading the commission because I believe that more can be done to make the African Union fulfil the mandate given to it by our forbearers,”  Dlamini-Zuma says in her manifesto as a candidate for chairwoman of the African Union Commission.

Mehari Taddele Maru, head for the African conflict prevention programme at the Institute for Security Studies, noted in an interview with iMaverick that Dlamini-Zuma, as chairwoman of the AU Commission, would be more a CEO, than president of Africa.

Her “executive” credentials speak for themselves. Since 1994 Dlamini-Zuma has served in successive ANC governments as national minister.  Most recently she has been credited with turning around a home affairs ministry, bedevilled by corruption and mismanagement. The ministry recently achieved a clean audit for the first time in 16 years. And it is perhaps this particular success that has buoyed South Africa’s confidence to back her for AU chairperson.

Dlamini-Zuma has declared a commitment “to deal decisively with Afro-pessimism”. She says, “We dismiss the negative utterances of our detractors. As a collective and through our struggles and resilient actions, we must demonstrate that our continent is a rising giant in global affairs.

“It is my conviction that Africa’s time is now, not tomorrow. Africa should become the custodian of its own destiny,” Dlamini-Zuma says.

“We need a visionary and a powerful, forceful person who can push the union. The AU Commission needs to become a more effective delivery mission,” Maru says. “Ping was not visionary enough, not assertive enough.”

The AU under Ping has been severely criticised for its lack of initiative during Côte d’Ivoire’s post-election conflict. The AU’s feeble handle on the situation was ultimately made irrelevant by an international military intervention. So too, in Libya, the AU was found dithering while the Western alliance enforced the no-fly zone.  During his opening address to the AU summit on Thursday Ping was forced to defend the AU policy on Libya.

Ping said the AU’s difficulty with handling the Libyan revolt was that it did not start with peaceful demonstrations, as with other “Arab Spring” uprisings.

According to Ping the AU was motivated by concern that Libya might become a failed state like Somalia if Gaddafi was overthrown, and Ping has since tried to makes amends with Libya’s new rulers by visiting Tripoli earlier this month.
Dlamini-Zuma is similarly no stranger to the travails of international relations.  Her tenure as foreign minister brought her international recognition and respect from world leaders. Dlamini-Zuma is certainly no pushover. She is well organised and strategically astute – two qualities that will greatly enhance the mechanics of the AU Commission.

Importantly however, Dlamini-Zuma’s fate at the AU will be decided on the success of South Africa overcoming the impression of it being a big country bullying its way to dominance over the rest of the continent. Some countries still feel cheated by South Africa’s decision to nominate Dlamini-Zuma and believe the post ought to belong to smaller African states that battle for global recognition. To smaller nations on the continent, South Africa cannot be trusted to further a realistic African agenda. To them South Africa’s diplomacy is stunted by schizophrenia. South Africa, they say, speaks one language in Addis Ababa and another in New York.

And it is South Africa’s ambition for a permanent seat on the UN Security Council (also coveted by Egypt and Nigeria), that may also hold some sway over African leaders as they enter the polling booths on Monday morning. Nigeria is said to have been particularly piqued by South Africa’s quest for dominance over the rest of the continent – a move it feels severely undermines its own position.

But it is also perhaps news reports and predictions of Nigeria being positioned to take over South Africa as the continent’s biggest economy that have inspired South Africa to cement its influence on the continent before such an eventuality.  While South Africa certainly does profess an African agenda on its various trips abroad, other African states, particularly Nigeria, are unconvinced of South Africa’s altruistism. Having a South African at the helm of the AU Commission will certainly not harm South Africa’s own interests.

Dlamini-Zuma goes into the election on Monday with primary support from the Southern Africa Development Community. Reports suggest all SADC countries will back Dlamini-Zuma with the exception of Zimbabwe’s President Robert Mugabe. Spokesman for the department of international relations and co-operation (Dirco) Clayson Monyela has rubbished these reports, saying South Africa had received assurances of support from all SADC nations – including Zimbabwe, Swaziland and Botswana.

What remains to be determined is whether the changes in the structures of power at the AU will impact on the relationship between the AU and the developed world. The US has largely been a benign hegemony on the continent, but reports last week indicated the US opposed Dlamini-Zuma’s candidacy.  The claims prompted the US Embassy in Pretoria to issue a statement on Friday denying that the US wanted Ping to continue as AU Commission chairman. “The US considers the selection of leadership for the Commission of the African Union to be an issue that is entirely for African states to decide. Contrary to speculation, the US has no preferred candidate, and we have consistently maintained neutrality on possible candidates for the chair,” it said.

Similarly, France has been blamed for influencing the Francophone countries to resist Dlamini-Zuma’s bid and back Ping. And while much of the talk after the unveiling of the swanky, new AU building has centred on China’s neo-colonial influence over the continent, there is little doubt of the sway France continues to hold over its former colonies. And a South African at the helm of the AU commission may hint of an even easier ride for the Chinese into Africa, but Mehari Taddele Maru believes China may well prefer Jean Ping (he established Sino-African relations) and Dlamini-Zuma may actually be a little harder to get through.

As African leaders cast their secret ballots on Monday morning – South Africa will be hoping verbal promises translate to votes, but this election has dredged up some of the African Union’s most urgent problems. This is an organisation where convergence remains a dream. DM