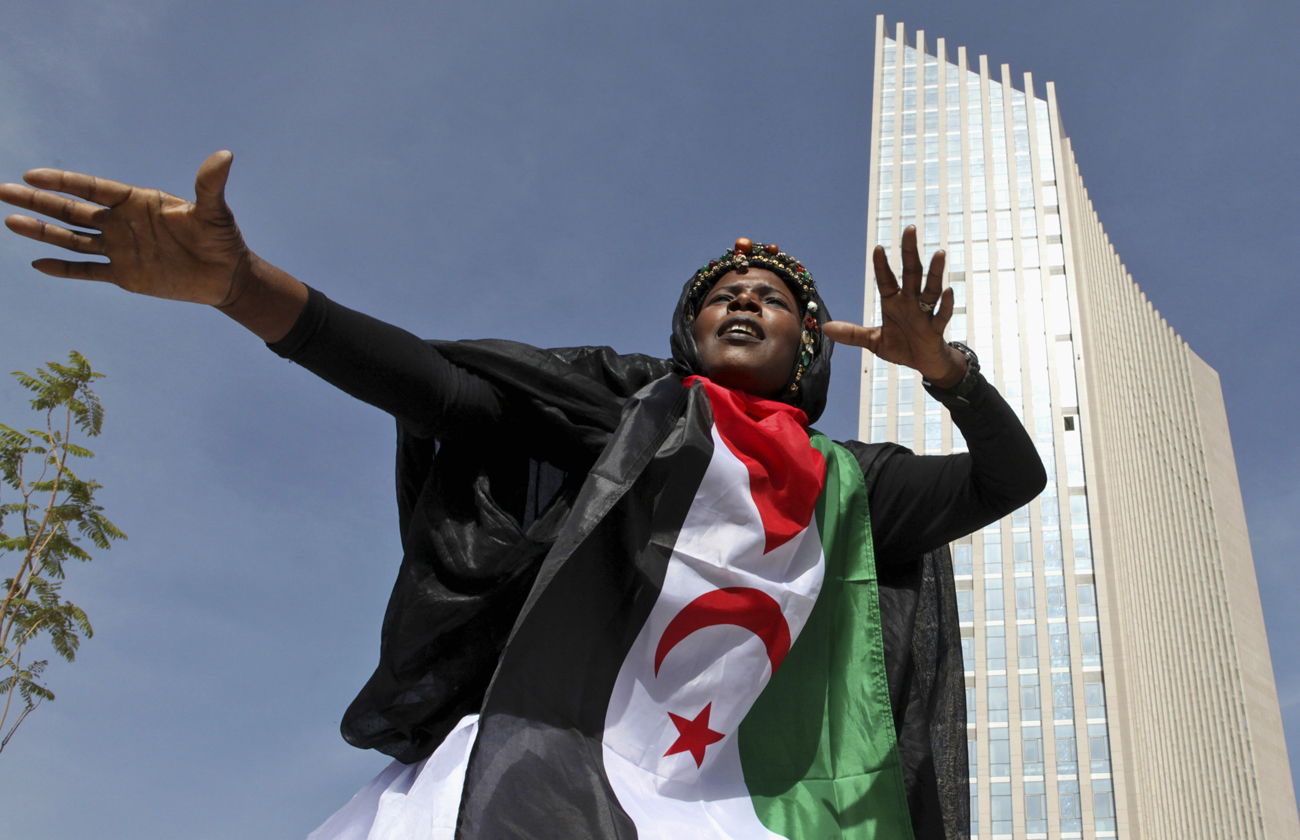 It's not every day that one gets to inaugurate a building with some of the most murderous mofos in the not-so-free world. Welcome, then, to the new African Union headquarters, a very shiny building that came wrapped in a bow. On 28 January, we learned how proud we should be of this wonderful facility. Indeed. It has taken the African art of begging to new heights. By RICHARD POPLAK.

When one walks into the new building of a major institution, be it a bank or a government office or a multi-lateral body, one parses the structure for a narrative. Very often, the architect will have that narrative at the ready, brandishing it in interviews, in dry PBS documentaries or on a website created by a Swiss think tank. The building will be loaded with symbols, its form reflected by its function. In an era of star-chitects like Frank Gehry and Daniel Liebeskind, this can all feel like a little much. Shut up and build, we think.

How refreshing it is, then, to go for a stroll around the new African Union headquarters in dusty Addis Ababa. Here is a structure in which form perfectly marries function – the building means nothing, and nothing will ever get done inside it. Or, looked at from another perspective, the building doesn’t need to symbolise anything further than its existence, wherein it becomes a staggeringly articulate representation of Africa’s greatest skill: begging.

Yup, the new African Union headquarters are a 52,000 sq. metre ode to the art of the ask. The first thing we notice is the tiled silver dome that acts as the building’s centrepiece. This reminds us of nothing so much as an overturned beggar’s bowl, left in the street after a solid day of mewling at the feet of passers by. The dome reaches the height of 99.9m, which is a reference to the great day in multilateralism’s history, when the OAU dropped a letter and became the AU. One gets misty-eyed just thinking about it.

Then there’s the tower. Stretching up 20 storeys to tickle God’s chin, what does it resemble? A beggar’s outstretched hand – the über-beggar who’s such an adept that his entreaties reach heaven.

Or, in this case, China. The building is, of course, the result of a massive Chinese handout, to the tune of about $200-million – but really, who knows how much it cost? (One does not get straight answers from this bunch.) On inauguration day, we heard how thankful Africans are for this largesse, along with all the technical skills and materials and engineers and expertise that were similarly imported. The continent that brought you the pyramids and Great Zimbabwe is now reduced to begging for help to erect a complex that would be routine anywhere in the mildly developed world.

All of that help came from China. Even the furniture. Chairman Jean Ping told us yesterday that although chairs and desks were not included in the original provision, they were later added so that the complex would be “functional immediately”. The Chinese know us well – had they not given us what to sit on, we would have sat on the floor. We’ve fallen so far that we can’t even go to Game and stock up on some trimmings. The credit card would bounce.

The idea for the compound took shape at the Forum on Africa China Cooperation, or Focac, in 2006. Chinese president Hu Jintao loved the concept so much that he decided to “donate” the building, and “assist” in its design and construction. The land was offered up by the government of Ethiopia, along with tax exemptions on all the materials imported from China, and a willingness to look the other way when it came to hiring locals to help out with all the “assistance”.

Work started in January 2009, and it was completed late last year. The building now replaces the old headquarters, 40 years in the making, completed by the Germans and inaugurated in 2003 by South Africa’s own Thabo Mbeki. That space, in which less than nothing got done, could use a lick of paint. It’s crowded and grubby and very 1987. We needed a new one. All we had to do was ask.

Mission accomplished. One thing that must be said about the new spot – it’s shiny. It looks like something you’d find in one of China’s second cities, like Chongqing. It is simultaneously flashy and banal, easy to notice and even easier to ignore. There are strange decisions – an outdoor amphitheatre that suggests openness even though we know there won’t be any. Doors that feel a little shaky on their hinges. A helipad, in case any of our martinets should have to suffer through Addis’s traffic. A large outdoor screen emblazoned with the Xinhua news service logo.

None of this could we have achieved by ourselves. Instead, in order to raise this fine structure – this symbol of continental unity – from the bare African earth, we used the one skill that unites us all. We stretched out our collective hands, batted our eyelashes, looked simultaneously cute and hungry.

And we begged. DM