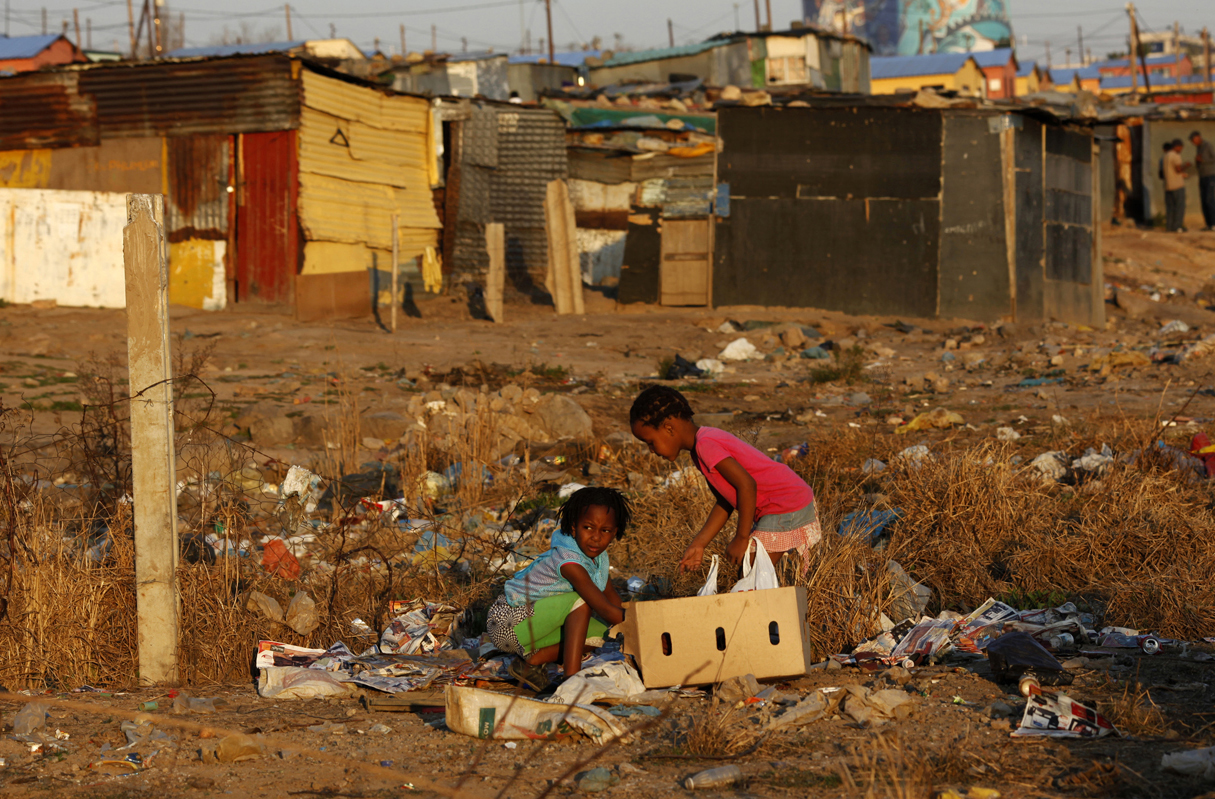 A lot has been said, and will continue to be said about Cosatu's big push against corruption, and in particular about the establishment of Corruption Watch. It's a good idea, and it's clearly a project whose time has come. But the fact that the biggest union federation in the country, a member of the "ruling" Alliance nogal, feels the need to take this step, tells us many things. It talks about a lack of capacity in government, about how corruption really is the thing that will kill us all. But what it really says is that no one believes government has the capacity, or the will, to fight it. By STEPHEN GROOTES.

Cosatu has always said that it supports the government, that despite obvious differences, it is a fully paid up member of the Alliance. It’s also supported President Jacob Zuma almost from the very beginning. For them to now say that, actually, corruption is such a problem that it needs to act alone suggests a complete lack of faith in parts of the ANC. It also seems to suggest that there is no real trust in Zuma’s efforts to stamp out the problem. This is complex, and two-sided. Zuma always says that he has signed more proclamations for the Special Investigating Unit, given it more work than any other president. That is true. But at the same time, he obviously tried to neuter it by sacking Willie Hofmeyr and appointing Willem Heath. That didn’t work out so well.

We also have to remember that this project was first conceived when it seemed Cosatu in general, and its general-secretary Zwelinzima Vavi in particular, were going through a distinctly difficult phase in their relationship with Zuma. It was just after the federation’s central committee (where Zuma was greeted with an icy silence), and it seemed that Cosatu might actually plump for Kgalema Motlanthe. That’s changed now, but this project is going ahead anyway.

That’s partly because there’s been a tacit admission from Cosatu that Zuma was a flawed candidate at Polokwane, but was the only person who could beat Thabo Mbeki. However Cosatu has decided better the devil it knows, and thus it’s going to stay the course. This means, however, that they’re taking measures to help them to live with him. And this is one.

This brings in another aspect of Cosatu’s relationship with the ANC. The Protection of State Information Bill is still in the works, and that bill would seem to be enough to neuter this project almost immediately. So for Cosatu, this project gives them another reason to fight that bill, and to join what will no doubt be a crowded applicant’s bench in the Constitutional Court when the time comes.

However, moving away from politics for a moment, this move by Cosatu tells us something else. There is a general trend away from reliance on government to do, well, anything. We can’t see government’s request for help in fighting corruption in isolation. We have to look at it in the context of the City of Joburg asking for help with fixing roads, or the city’s Metro Police asking for more sponsors for traffic light points people. Eskom’s problems rate a mention too.

Overall, in all sorts of different ways, government’s capacity to deliver is massively eroded, and slowly but surely many aspects are being taken over by capitalists, or individuals.

There’s a model for this. In Kenya, it’s common to see streetlights “brought to you by” this company or that firm. It’s a direct echo of the sponsored solar powered traffic lights on the Grayston off-ramp in Sandton. This is a two-edged sword. On the one side, it’s a sign of very real failure on the part of the people we’ve elected. On the other, hey look, the lights work.

It’s fair to expect, in a country with our problems, history and cash flow that there are going to be failures. And there is an argument to be made that says Joburg’s northern suburbs can live with a few potholes (and physios, if Discovery can be believed) if all of Soweto is getting tar for the first time. We can’t just moan, we have to look at where the money is going. Except that the money is not all going where it should; just look at Limpopo.

In some ways, there’s a lot to applaud. It’s good that individuals stand up and take responsibility. It’s good also that capitalism does more than just make money, by actually doing things in the name of public good. It also helps capitalism make the case that it is, in the end, human.

But the real problem is that we are also giving up on government. There’s a sort of hollowing out of the state that is underway – that we send large proportions of our money into a deep black hole, from where it’s never seen again. This is not so much the Kenyan model, but the Nigerian model. In the ’80’s, Nigerians just paid tax and got nothing in return (there was even, would you believe, a tax that was meant to “fight apartheid”. Its benefits to the people of South Africa would appear to have gone unrecorded). And they then expected less and less from government. There’s a vicious circle here. We all know that if you pay money to the City of Joburg, you have a very small chance of getting it back (as it happens the Auditor-General agrees, by giving the city a qualified audit for problems in its revenue department). As a result, we start to find ways to have very little to do with the municipality, we get pre-paid meters, or even some sort of stand-by generators and water purifiers.

Which all deepens the gap between the haves and haves-not. The ones who have will be able to supplant the government and provide services of their own; soon the biggest crime-deterrent in the country will be the private armies of security personnel. Perhaps even better example is broadcasting. Millions have given up on the SABC and only watch DStv. That fractures us as a nation, when the SABC could be bringing us together. You want us to continue? Check out the private schools’ results vs the government-run ones? Health care divide, anyone?

To sum it all up, we’re in a situation where, as Ronald Reagan once put it, “Government is not the solution to our problem, government is the problem”. Cosatu seems to almost tacitly admit this. It’s a great pity, because government is the one place that should touch everyone in the country. It is simply not. It’s failing us. But it’s doing it slowly, almost imperceptibly. Which is how justice minister Jeff Radebe could attend Thursday’s launch with a straight face. DM