Analysis: South Africa is too American to lead Africa

Analysis: South Africa is too American to lead Africa 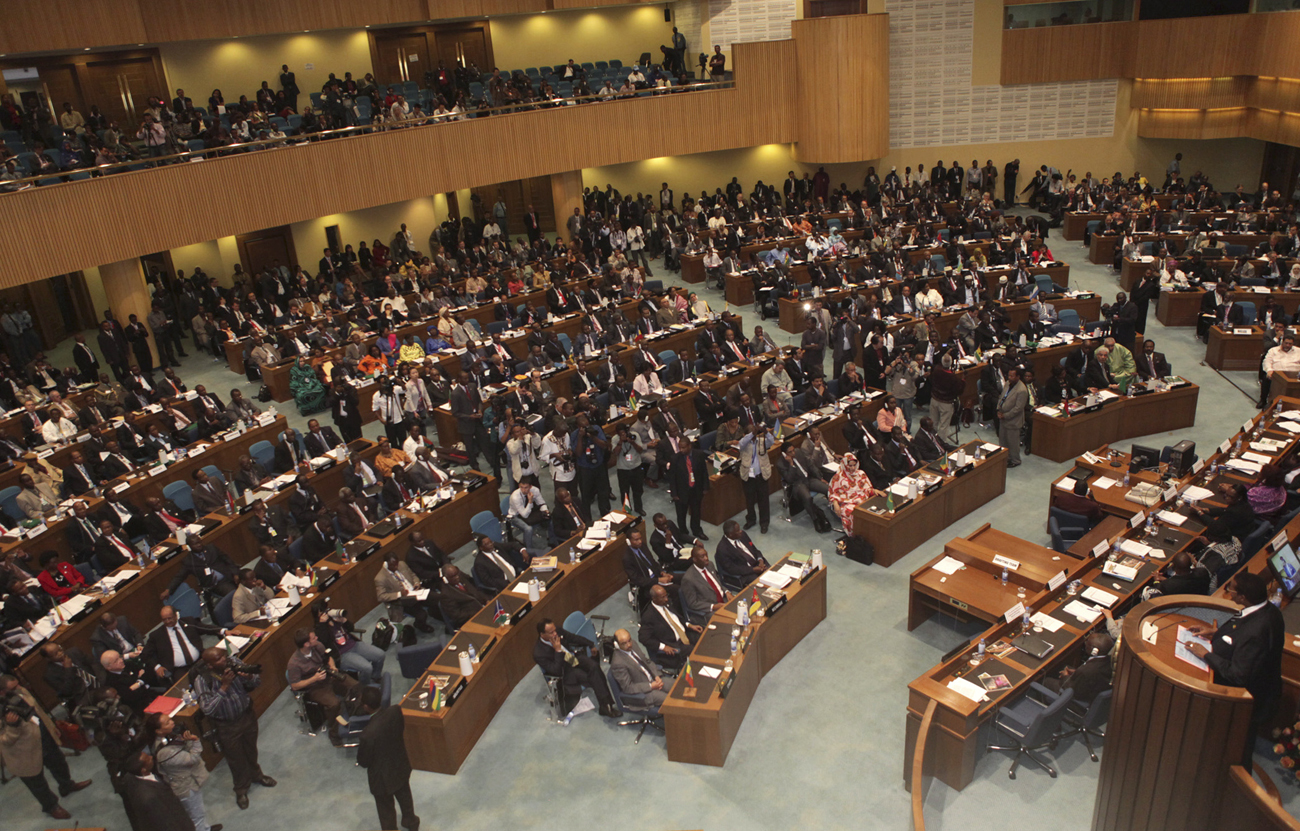 Maybe it’s not meant to be arrogant, but that’s how it’s perceived. South Africa’s bid to install Dlamini-Zuma as AU chief will only solidify the negative opinions of South Africa on the continent. The problem is we’re becoming a lot like America – and it’s too late to stop now. By SIMON ALLISON.

I’m going to tell you a secret. It’s not a very well-kept secret, but it’s one that most South Africans don’t know. So here it is: the rest of Africa doesn’t like us very much. Being a South African in Africa is like being an American in the rest of the world. We’re looked upon with a mix of envy and resentment, our wealth and power relative to the rest of the continent ensuring that most of the time we get our way.

Every country I go to I find myself surrounded by symbols of South Africa’s success: the DStv in my hotel room, the malls filled with South African shops like Shoprite, Mr Price and Nandos, the big billboard adverts for MTN and Standard Bank. Forget the Chinese in Africa. They just build things and take minerals. It is South Africans who are shaping the way that Africans live their lives. We are a cultural and economic juggernaut that is impossible to stop. We are the African superpower.

It’s not hard to see why this is difficult for other Africans to deal with. Again, it’s just like most of the world’s love-hate relationship with America. Love Hollywood, love MTV, love McDonalds; hate American arrogance, influence, affluence and self-serving foreign policy. There’s a similar dichotomy at play between South Africa and Africa. Love M-net and Debonairs, but hate the power this gives the South African government and the fact that all the profits flow south. Our pre-eminence is even more problematic because many African countries feel that the South African regime owes them big-time for their support during the anti-apartheid struggle.

The reason this is relevant is because South Africa is taking a bold step to formalise its leadership position in Africa. Not content to dominate the airwaves and the balance sheets, South Africa has its eyes on leading continental politics too. This is an area in which we haven’t done all that well recently; there was the debacle of Libya and UN resolution, backing the wrong horse in Côte d’Ivoire, and now the slow unravelling of the South Africa-brokered roadmap for peace in Madagascar. But these wobbles have not deterred President Zuma and our ambitious department for international relations and cooperation (Dirco), who have thrown their full weight behind the candidacy of Nkosazana Dlamini-Zuma for chairwoman of the African Union commission. South African ministers and officials have been feverishly criss-crossing the continent in the last few months trying to drum up support, and Jacob Zuma has spoken personally to almost every head of state.

The elections will between Dlamini-Zuma and incumbent Jean Ping happen on Monday. Ping is a competent diplomat who has made few waves during his tenure. The vote is too close to call, but win or lose, Dlamini-Zuma’s candidacy has already damaged Africa’s standing within the African continent.

Firstly, relations between South Africa and the African Union have been somewhat tense this year, with South Africa tending to go it alone on foreign policy issues rather than toeing the line. This has created a somewhat unfavourable impression in diplomatic circles. “Many people worry that South Africa doesn’t maintain a sustained position on issues. There is a lot of ambivalence towards South Africa’s foreign policy. And not enough direct involvement before in terms of consulting and direct involvement,” Mehari Taddele Maru, head of the African conflict prevention programme at the Institute for Security Studies, told iMaverick. Based in Addis Ababa, he’s one of a very few professional AU watchers. So the suspicion is that a commission led Dlamini-Zuma will be merely a tool for South African foreign policy – Dirco’s Addis Ababa headquarters. The identity of Dlamini-Zuma’s ex-husband doesn’t help (that’s a certain Jacob Zuma). And this suspicion will be almost impossible to refute, no matter how good Dlamini-Zuma would be in the job. It would be more sensible to wait until South African foreign policy has broader support in Africa and assuming a stronger leadership role in the AU would be a natural, welcome development.

Then there’s the bothersome issue of the unwritten rule. The great problem with unwritten rules is that they are easily broken. In this instance, the unwritten rule is that the chairperson of the AU Commission should always come from a smaller country, precisely to temper the power of the bigger states. South Africa is bulldozing its way through this “agreement”, and it’s unlikely to endear it to anyone. Not to the larger countries who feel justly aggrieved that they observed the rule and didn’t nominate a candidate while South Africa took advantage, nor to the smaller countries who, now that the rule has been effectively voided, will despair of ever being able to get their own candidate into such a prominent position.

The whole thing reeks of South African arrogance, at least from the perspective of other African countries. Not that the arrogance is completely misplaced. We sympathise with Dirco, we really do; South Africa is Africa’s most powerful country, and we clearly have a responsibility (and money) to lead diplomacy on the continent. Dlamini-Zuma as AU Commission chairwoman would be a wonderful position from which to do that. But the timing’s all wrong. We need the rest of Africa on our side before we try to lead them. Having failed to do so, we’re trying to force the matter through, and it’s only going to make Africans like us even less. Pretty soon we’re going to be as popular as America. DM