Rugby: Letting the tiger out the bag

Rugby: Letting the tiger out the bag 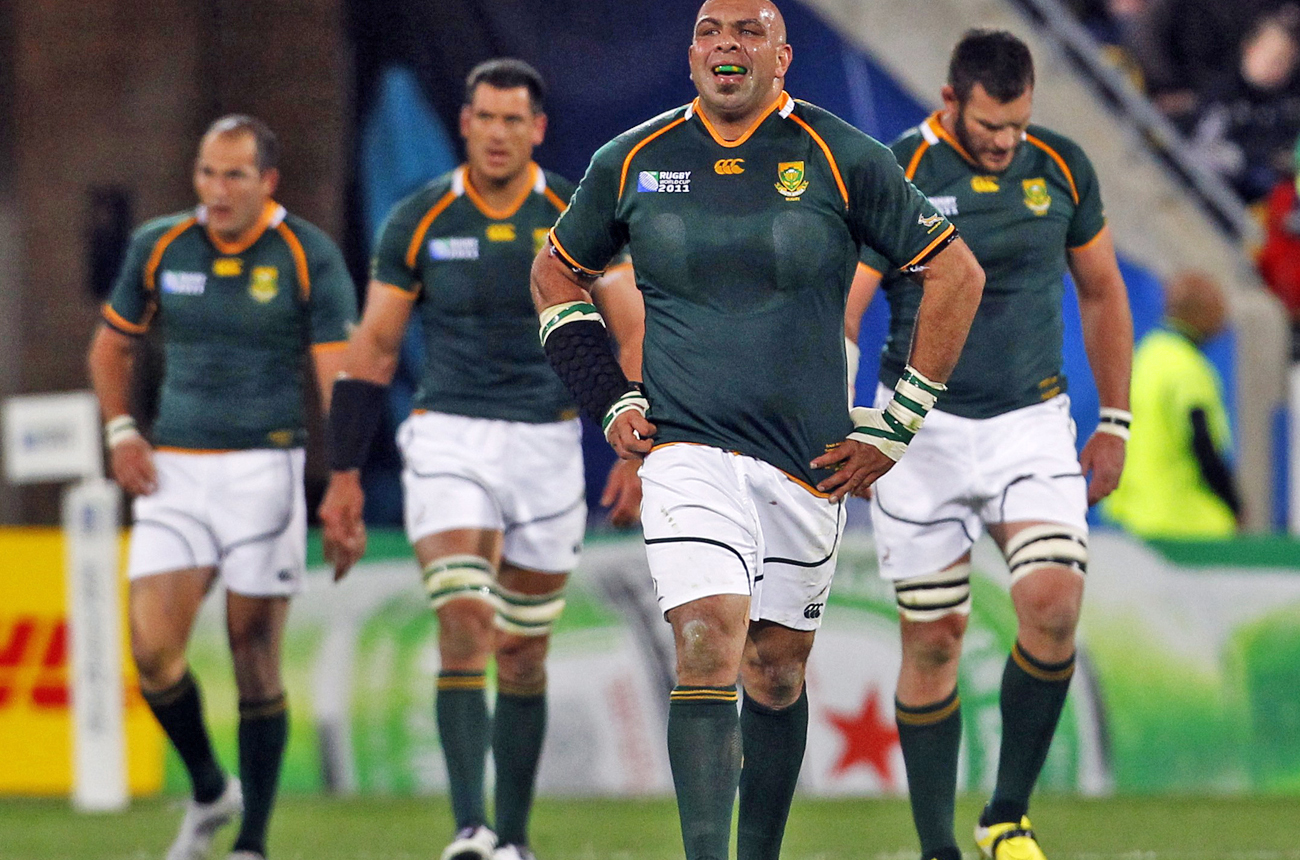 In the worst kept secret since George Michael came out the closet, the South African Rugby Union will announce Heynecke Meyer as the new Springbok coach on Friday. By STYLI CHARALAMBOUS.

The speculation over the appointment of the new coach has raged unabated, ever since it became clear Peter de Villiers would not be seeking a second four-year term.

A wide range of candidates were tipped to take over the most heated seat in South African sports, only for the rugby rumour mill to move into overdrive with news that former assistant coach, Gert Smal, was finalising the finer points of his contract with Saru executives in early January.

As a coach with extensive international experience assisting both the Boks and fairly successful Irish side, Smal is the kind of candidate whose selection you’d struggle to find anything wrong with and yet still won’t be convinced that he would be able to mould the Boks into world-beaters. So when the regulation “family commitments” spin announcement came confirming Smal would not be taking up the top Bok job, many fans breathed a sigh of relief. In all likelihood it was matters of remuneration or buying out of his current Irish contract that caused Smal, or Saru, to walk away.

In a comedy of press releases, the Bulls franchise company expressed their disappointment at the loss of Meyer’s services as director of rugby and that Saru had confirmed offering the job to Meyer. What was supposed to be closely guarded secret was now public despite Saru’s attempts to emphasise the decision would only be ratified by the executive council on Friday.

For many, this appointment has come four years too late. When Jake White and Saru acrimoniously parted ways at the end of 2007, Meyer was widely considered as the natural successor to White, bearing a proud rugby coaching pedigree with a host of silverware under his belt. He coached the Bulls to South Africa’s first-ever Super Rugby title, a feat that at times seemed unlikely to happen in our lifetime given the astonishing travelling requirements of the South African teams.

Meyer was responsible for turning around a team that finished bottom of the Super 12 log in consecutive seasons in 2001/2. With his second stint as head coach, the Bulls started a progressive march up the Super Rugby log that ended with the title in 2007 and laid the foundations for the title wins in 2009 and 2010.

In Meyer the Boks will have the most qualified local coach to harness the strengths of the South African national side, which is the physicality and belligerent approach to the game, while bringing a technical understanding of coaching that would help iron out the team’s weaknesses. South Africa have fared well in world cups, where the pressure and tight games have suited the Boks style of play. But it’s in-between world cups that fans want to see the Boks improve.

Forgetting for a moment that Boks play the top two teams in world rugby in the Tri-Nations, and that injury put paid to a host of senior players during the past few years, fans will not be happy with the last place finish in the tournament that has borne South Africa’s name too many times.

Meyer will certainly have the personnel on the pitch to regain the number one ranking that every Bok supporter feels is their birthright. Even with the retirement of test centurions John Smit and Victor Matfield, along with the likely retirement of a bulldozing Bakkies Botha, Meyer still has a team of world-beaters at his disposal, with the quality and depth in almost every position, bar that of the locking pair where the depth is found wanting.  A lack of quality players will not be the cause of Meyer’s sleepless nights.

The most difficult aspects of his tenure will be the same issues that every post-isolation head coach has had to face. Boardroom politics and racial selection issues will no doubt add to the grey hairs of the man from Nelspruit. As with almost every major sport in this country, the national teams are required to win in spite of the administrators. For a bunch of people tasked with creating a winning environment for players, Saru has historically done anything but. Although not quite in the maladministration league of Cricket South Africa, Saru has on many occasions shown it can bungle with the best of them. Meyer should not expect anything different during his time at the top.

Counting in Meyer’s favour is that fact the racial quota selection issue may not be a dilemma, at least to start with. By inheriting a squad with enough quality players of colour, Meyer should be able to field a team picked on merit every time the Boks run out onto the pitch. That is unless the meddling politicians decide to up the ante and the quotas.

About the only interesting parts of Saru’s announcement come Friday will be the term of Meyer’s appointment and the confirmation of his assistant coaches. New Zealand broke with tradition to extend a shortened two-year contract to Steve Hansen, thereby exterminating the “judge me on the world cup” get of jail free card. Meyer would no doubt like the luxury of a four-year term to plan and implement his teachings and Saru would like the opt-out clause that a two-year contract brings. It will be fascinating to see whose negotiating team came out on top with that round of negotiations.

As for the assistant coaches, the names of seven’s coach Paul Treu and former Western Province director of rugby Rassie Erasmus have been bandied about. But as Treu has spoken of his love of the seven’s job and Erasmus already linked with a similar position in England, it’s here that Saru could go all wildcard on us. Regardless of whoever is named to assist Meyer, players and fans will be comfortable in the knowledge that he is a highly capable and proven coach, the right man for the job. For a man whose dream it’s been to coach the Boks, every fan will hoping he can fulfil theirs by taking the Boks back to the top of world rugby. DM