Somalia may be Kenya’s Afghanistan, but its army doesn’t get it 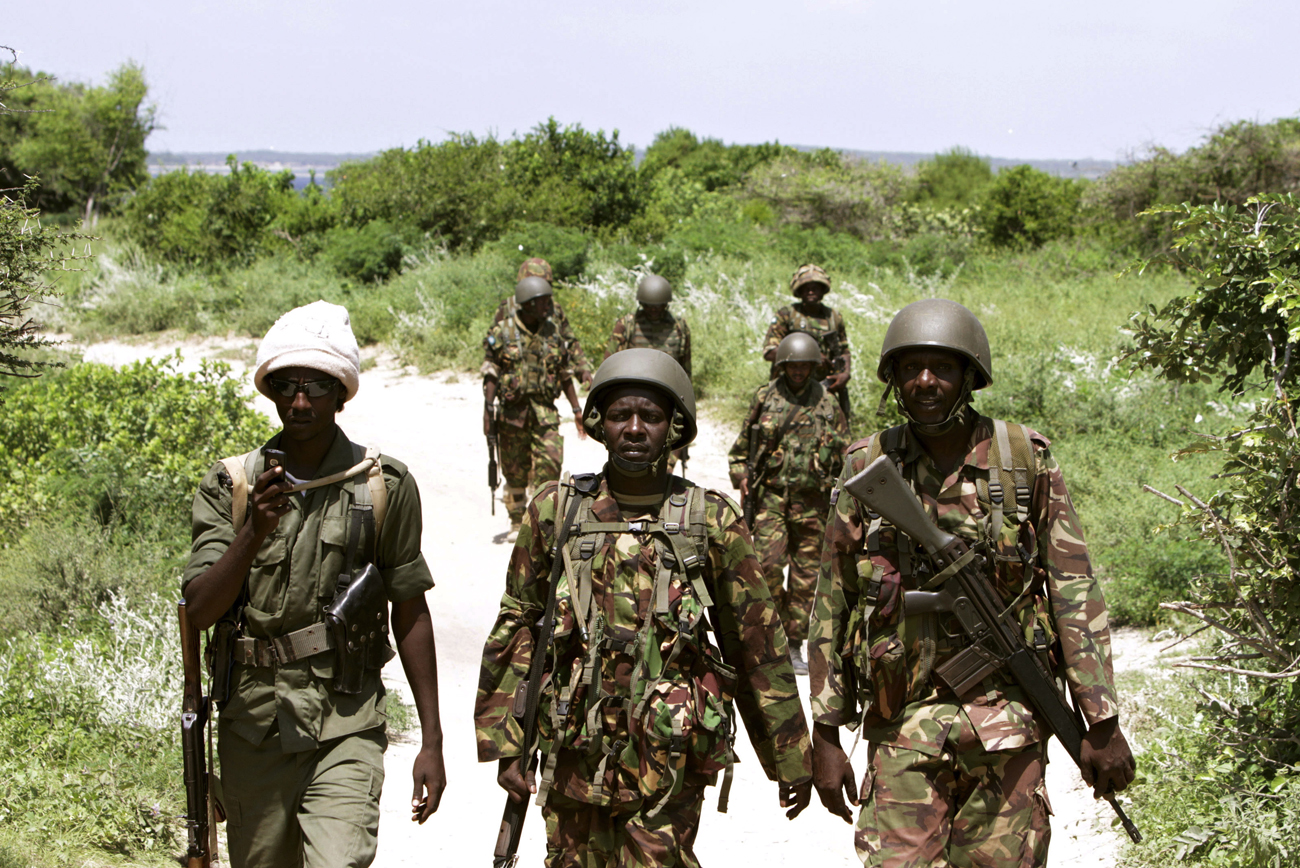 Kenya just doesn’t seem to get it. Lost in the minutiae of military detail, a Kenyan army colonel claimed they were at the halfway point of their mission to rid Somalia of Al Shabaab. Have they learnt nothing from Afghanistan? Iraq? Vietnam? Weapons don’t win wars any more, and until Kenya and its African allies figure out a political solution, Al Shabaab isn’t going anywhere. By SIMON ALLISON.

Colonel Cyrus Oguna was in a confident mood as he spoke to the media outside the headquarters of the Kenyan department of defence, a building conspicuously far from the frontlines of Kenya’s war against Al Shabaab, the Islamist militant group that controls much of southern Somalia; this might explain Oguna’s hopelessly misplaced faith in what his military has achieved: “As we are speaking now, Al Shabaab is halfway in the pit. The targeting has been on logistics bases and command centres, and (these) are crucial in any operation. And if you cripple a logistics base and command centre, the war is halfway won.”

Colonel Oguna’s confidence was born of a successful few days of action as far as the Kenyan military was concerned. An air strike destroyed an important Al Shabaab base in the town of Bibi, while another took out six Al Shabaab commanders and a number of foot soldiers. Among the bodies was that of Bilal El Berjawi, considered one of the group’s most senior figures. And also in the last week, a new offensive from the African Union troops in Mogadishu consolidated even more of the capital under the control of the African Union Mission to Somalia (Amisom).

But Colonel Oguna’s confidence is mistaken. Even just militarily, the task ahead of Kenya and Amison remains daunting. Kenya’s troops, invading southern Somalia from the west, have made little progress in the four months they’ve been there. And Amisom’s gains reveal its weakness: not even Somalia’s capital is completely secure, despite the presence of Amisom’s 9,000-plus soldiers. Meanwhile, Al Shabaab has not been quiet. It launched a little invasion of its own when around 100 Al Shabaab fighters overran a police post in Kenya itself, destroying it and kidnapping three men. And it’s been fighting hard to overturn Amisom’s gains in Mogadishu, although so far Amisom has been able to retain its position.

More importantly, Al Shabaab continues to control most of southern Somalia, including the vital port city of Kismayo, its de facto capital, and the transit town of Afmadow, which is reported to be littered with hastily dug trenches and bunkers in preparation for a major showdown. The group is also bolstering its ranks by press-ganging young men into military service. One report claimed 200 “young boys” had been abducted from a town near Mogadishu and commanded to participate in Al Shabaab’s “jihad” against Kenya, Amisom and the internationally recognised government of Somalia. Clearly, there’s plenty of fight left in Al Shabaab, making Oguna’s “halfway” estimate look nearly as silly as George W Bush’s infamous “Mission accomplished” speech.

But this war is not just about military might. Iraq is a rather instructive example. War has changed in the last century and possession of the biggest guns is no longer sufficient to guarantee victory. America went into Iraq in 2003 with the most fearsome military this world has ever seen, effortlessly swatting away Saddam Hussein’s ill-equipped and poorly motivated army. But, as Bush was to discover, this conventional dominance couldn’t win the war and certainly couldn’t keep the peace. Instead, opponents of US involvement in Iraq, which included a broad range of dissatisfied players from Shia Muslim clerics to al Qaeda’s Iraqi offshoot, waged a modern guerrilla war which made Iraq almost impossible to govern and killed hundreds of thousands of people. Suicide bombers, improvised explosive devices and routine abductions were the weapons of the new conflict, and they proved almost impossible to defend against. Similar tactics were used in Afghanistan by the Taliban, and much earlier in Vietnam.

What ties these three contexts together is each has been characterised by a foreign invading army seeking to destroy an ideology that it finds threatening. In Iraq and Afghanistan, this was the US trying to eliminate Islamic fundamentalism as practised by the Taliban and al Qaeda, in Vietnam it was trying to stop the spread of communism. And in Somalia, it’s Kenya and Amisom (with some rumours of tacit US support) seeking to wipe out the radical beliefs of Al Shabaab.

But history has shown us that foreign military intervention is a notoriously poor tool at eliminating a strong ideology. Men with principles will fight on, even when battle after battle is lost. Even if Kenya and Amisom advance swiftly through southern Somalia, marching all the way to Kismayo, the threat from Al Shabaab –already trained in suicide bombings, IEDs and abductions – will continue. While Al Shabaab is not universally loved, it does command some strong support, and will be able to easily disappear into local communities, to plan its next assault. And all the while, Somalia will remain in chaos, unable to develop its economy or build lasting institutions of governance.

The solution lies not in guns and bombs, but in politics and negotiations. Al Shabaab, for all its sins, cannot be completely demonised because like it or not it represents a significant chunk of the Somali population. And remember, its radical and violent streak was an almost direct result of a previous foreign intervention in Somalia which dismantled the government of the Islamic Courts Union. For Kenya’s involvement in Somalia to really be halfway over, it would need to be sitting across a negotiating table from Al Shabaab and the other main actors in Somalia’s fragmented political space, thrashing out the details of a functioning state and government that represents all Somalis.

Perhaps Kenya will be able to use its military prowess to force Al Shabaab into such an arrangement. This is the only outcome that could provide immediate peace and order in the country. It’s unlikely to even be an option, however; Kenya appears determined to destroy Al Shabaab completely, an almost impossible goal, and has bought into the dangerous international narrative the notion that groups like Al Shabaab cannot be negotiated with or included in unity governments. If it intends to see this goal through, Kenya’s military should expect to be occupied in Somalia for many years to come and, eventually, Colonel Oguna will look back on his claim that “the war is halfway won” as a moment when Kenya’s pride and ambition exceeded its grasp of political reality. DM