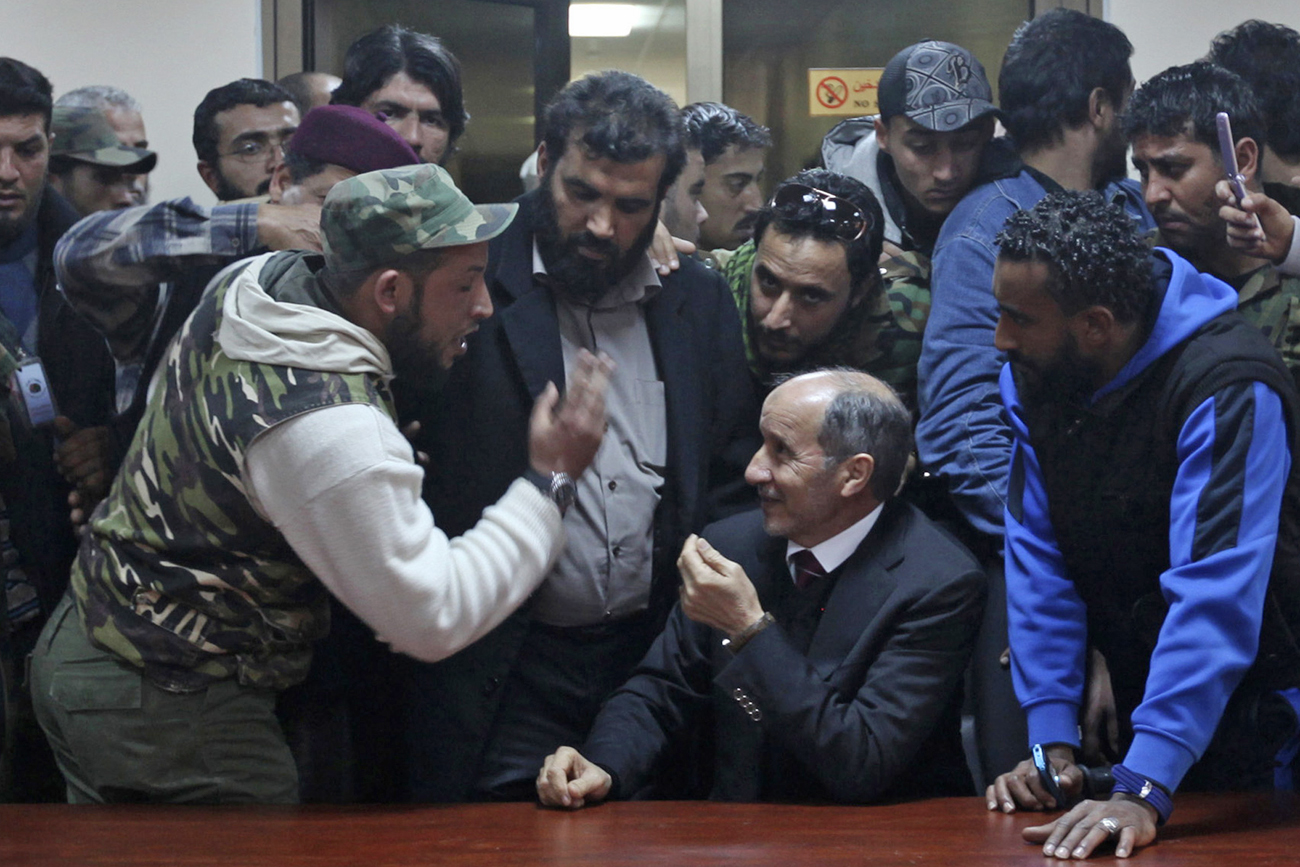 Angry Libyans can’t believe that four months after Gaddafi’s fall, so much of his autocratic system remains in place. Shouldn’t everything be different now? SIMON ALLISON argues unless Libyans are patient, they risk destroying their chances of a making a real difference.

While dictators come and go, real change takes real time. Revolutions are a misunderstood phenomenon. In the political context the word implies rapid and significant change, manifested in sudden shifts in power and how its distributed. One day Gaddafi’s in charge, the next his bloody corpse is on display in a meat locker. Out with the old, in with the new. But it’s not always easy to differentiate between the two. As the French said after their revolution: “Plus ca change, plus ca reste la meme chose.” (The more things change, they more they stay the same.) And if you stop to think about it, the word “revolution” in other contexts is equal to one full circle: in other words, you end up where you started.

This is what Libya’s newly empowered citizens are discovering. They’ve had their revolution, and it was earth-shattering. Gone was the dictator who ruled for more than four decades and in came the government of the people. But getting rid of Gaddafi was the easy bit. Fixing the mess he made will take a lot longer.

But this is a hard message to sell to a population who have seen and sacrificed for the revolution. Four months later, there are plenty of ordinary Libyans who are struggling to see how their lives have changed in this hard-won new dispensation. Everything should be different by now, shouldn’t it?

This impatience overflowed on the weekend when the Benghazi headquarters of the National Transitional Council was besieged by an angry mob armed with bayonets and machine guns. They smashed windows and cars, and trapped NTC chairman Mustafa Abdel Jalil inside for several hours. He was pelted with water bottles when he attempted to placate the crowd.

The protests were rooted in popular frustration at the slow pace of change in Libya; at the inability of most people to see a tangible difference in their post-Gaddafi lives. “Our families have died for this revolution,” said Suleiman Abdul, an unemployed engineer. “But the way it is going it was actually better before, under Gaddafi. The banks worked, there was no rubbish and people did not have to fear all the guns around the country.” His is an ominous assessment of the new Libya, and one that is increasingly echoed throughout the country. Libyans are getting impatient to see the change that they fought for, and so far it’s not happening; they’re also frustrated by the number of people who did well under Gaddafi continuing to do well in his absence.

But shout and demonstrate as much as they want, there’s no getting around the fact that Libya can’t solve the problems of half a century in four short months. The government is barely functioning. There have been no elections. The militia groups won’t hand in their guns, looking to guarantee their own future. The one thing that is working well is oil production, which has returned to pre-war levels. This is not a surprise. Oil was the one area Gaddafi made sure he handled properly because oil revenue was the foundation of his influence, both locally and internationally.

So the message to the Libyan people has to be: patience is a virtue. Just look further down the continent, at South Africa, where it’s been 18 years since the formal end of apartheid. But still, millions of people remain desperately poor, uneducated and without access to decent healthcare. What change has the post-apartheid era brought for them? The short answer is not a lot. The long answer is that it’s a bit more complicated than that, and systemic inequality is extraordinarily difficult to address. Perhaps the ANC hasn’t handled the issue very well, but no matter who was in charge, fixing the apartheid legacy will take years.

Even worse, while some of the people who suffered under apartheid continue to suffer, many of those that enjoyed privileged positions remain in the country’s elite. Yes, I’m talking about mostly white people, who enjoy wealth and success disproportionate to their population. And so it will be in Libya. The men who were close to Gaddafi have accumulated decades of wealth and influence. This doesn’t just disappear overnight, revolution or no revolution; and in the absence of some kind of Stalinist purge, it will be impossible to prevent them playing some role in the new government.

So while the complaints of the protesters in Benghazi are real and valid, they should perhaps give their new government a bit more time to make its impact felt. Their impatience just makes the government even weaker, and therefore even less able to solve the myriad problems of the new Libya. Real change takes time. And after enough time has gone by, and change has still not manifested itself, then there’s always the option of another revolution. DM Photo: Chairman of the Libyan National Transitional Council (C) Abdul Jalil talks to protesters, who were wounded from the war, at the NTC headquarters in Benghazi January 21, 2012. People in Benghazi, birthplace of the revolt which forced out former Libyan leader Muammar Gaddafi, have been protesting for weeks to demand the sacking of Gaddafi-era officials and more transparency about how the NTC is spending Libyan assets. REUTERS/Esam Al-Fetori