From our vault: Dear Fikile, by the time you read this...

From our vault: Dear Fikile, by the time you read this Juju will probably be gone 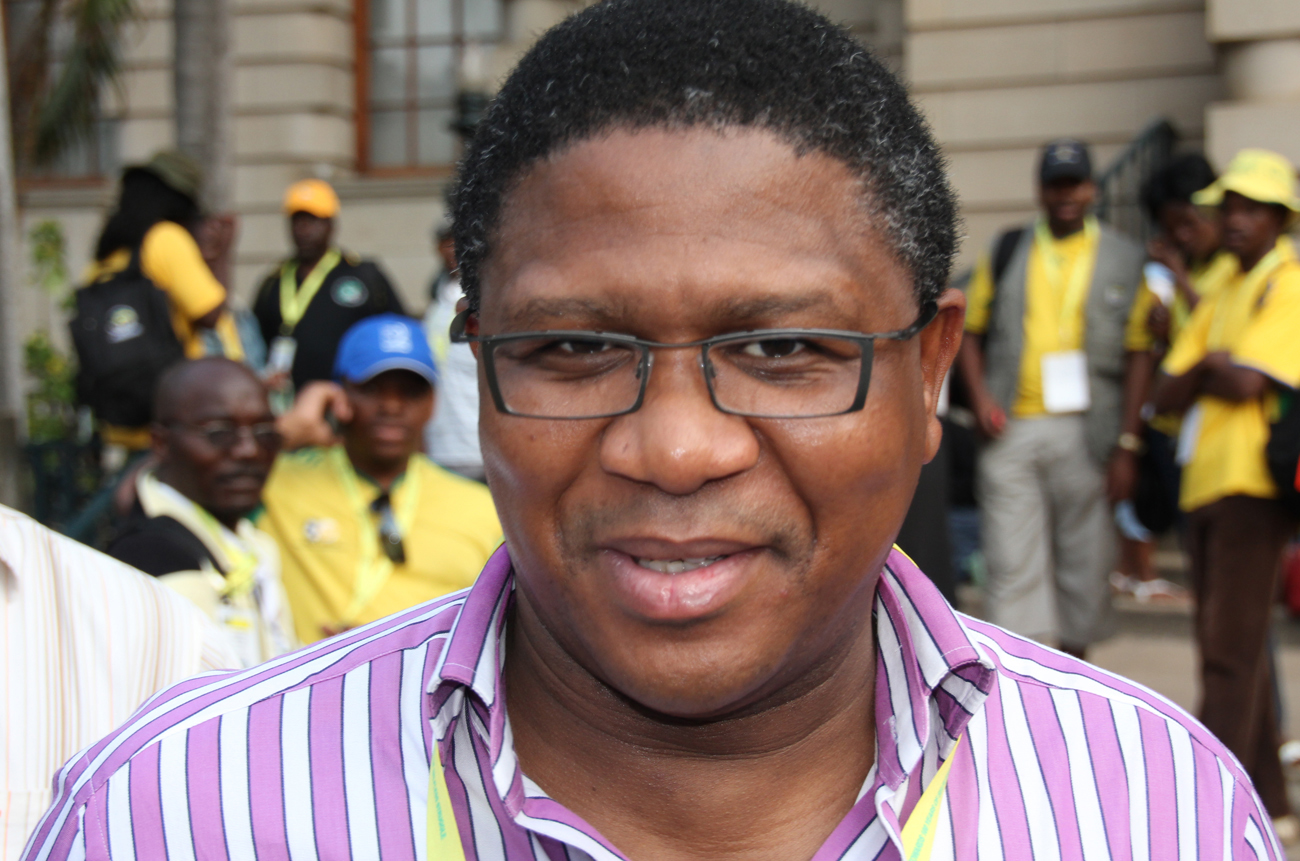 From time to time we see a politician in trouble. Being capitalist, but kind-hearted, we like to play Samaritan and stop to help. Sometimes we're successful, sometimes we're not. We can think of no person more in need of help right now than Julius Malema. But he's beyond our help. In fact, he's beyond anyone's help (apart from perhaps Jacob Zuma's, and we can't really see it coming right now). So instead, we thought we'd stop and have a kindly word with Fikile Mbalula. Because he's next in the firing line. By the ever-respectful STEPHEN GROOTES.

Dear Minister, or Fikile as you were when we first met, we think the time has to come to give it up. Not politics, you’re too full of energy for that. But your hopes of taking over as ANC secretary-general. It’s just not going to happen. Not in this generation anyway. You’ve simply gone too far, made too many enemies, and adopted too many politically orphaned young lion cubs. But politics is a long-term game, and you’re young, just 40 for goodness sake. So first off, drop the whole plan. Publicly. Find a way to make some speech, or an aside, where you drop into your statement that you’re not running anymore. In a quiet space, with not more than hundred microphones around to pick it up.

That’s point number one. Stop being a political threat to the people who are so clearly on top at the moment. If that makes you feel like a cowardly dog, our next step is going to be worse. You need to declare undying never-will-be-defeated loyalty to Zuma and Gwede Mantashe. I know. You can take a bucket with you if you think it’ll help. Just no mentions of a shower, okay? You have to do it subtly at first, and then out in the open. Start with a mention about how life is so much better now than it was under Thabo Mbeki. Really. Pay tribute to the stuff we all know and agree with – our Aids policies are making a real difference, government is working against crime, that there’s a real honesty about our education problems and so on. It’s the low-hanging political fruit. Then move on to back Zuma on some of the other more controversial issues, and then build slowly to back him on the real tricky stuff. Tell the world his economic polices are sound, all of them.

And then, I know I know, you’re already retching at this point, you need to say that nationalisation will not happen in your lifetime. And put it exactly like that. No tiptoeing around this point. You need to echo minerals minister Susan Shabangu on this. It needs to be almost a direct quote. And do it, and then, do it again, in front of her (it may take some interesting choreography to get the ministers of sport and minerals in the same place, but you can make it work). A couple of weeks later tell the world you believe the national intervention in Limpopo was the right thing to do.

Fikile, (may we call you that? We’re fairly certain that other people will be calling you less polite names by this point), that’s not the worst thing you’re going to have to do. The worst thing is that you’re going to have to go, cap in hand, and on your knees, to Zuma and offer up everything you have on Malema and the Limpopo faction in general. You have to betray them. Your 30 pieces of silver… your freedom. It really is that simple Fikile. If you don’t do this, you are probably going to go to jail.

You don’t believe us? How different is your lifestyle from Malema’s? And Cassel Mathale’s? And where do you think all of these investigations will end? It’s not going to be a nice lodge near Polokwane for you mate, it’s going to be Sun City. Really. You have to realise this. So every email that talks about money, every financial transaction that you can document implicating them in corruption, every piece of detail that Zuma and Mantashe can use against them, you have to offer it up.

And then, when the men in blue uniforms come – and they will – you need to offer to testify. It’s the only way. Fikile, it will be tough. You will need to testify against your friends and comrades. And I know they will have dirt on you. But this is how we see it. The most important part of a police inquiry is when the group of people under investigation start to wonder what will happen to them as individuals. The person who cracks first ends up being State Witness Number One. And that person usually doesn’t end up in jail. Well, not for long anyway.

So once you’ve done all of this, what kind of political future would you have? Firstly, a pretty miserable one for the rest of Zuma’s ANC reign. You will have to stay loyal to him. Otherwise he’ll cut your political throat. He will never allow you to just chill, that’s not his style, he’ll keep something on reserve against you. But once he’s gone, and that’s not too far away now, then things will change. So your political flame could start to flare again towards 2017, when new challengers appear. You won’t be one. But you will be able to be useful to one. You will be able to bring the razzmatazz, and the knowledge.

And that will be the re-start of your career. It’s at that point that you’ll feel alive again. That’s in six or seven year’s time. That person will make sure you’re looked after. And after that campaign, you’ll be your own man again, in charge of your own career. You will only be around 50. That means you’ll be coming into your political prime, just as opportunities start to open up around you. In other words, you should be able to run for the top six before you’re 60. Not many people have pulled that off. And it’ll be one of the big jobs too. It won’t be “intergenerational mix” but it should be enough to keep you happy.

Fikile, this is not going to be much fun. In fact, it’s going to really suck. But look at this way. What are your other options right now? DM