Kodak bankruptcy - the end of the funky yellow box

Kodak bankruptcy – the end of the funky yellow box 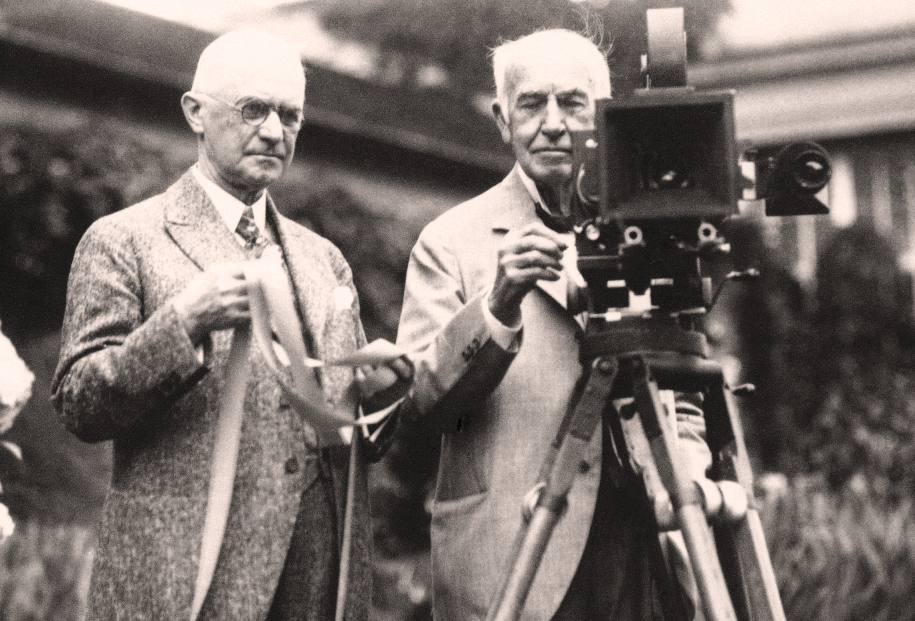 How many companies can claim that Paul Simon once wrote a song about it, without being paid—or even asked—to do so? Not many. But on Thursday 19 January, as Kodak files for chapter 11 bankruptcy in Manhattan, the last line of the chorus from that tune is something the directors (and perhaps the founder, from his grave) are going to be forced to weep over… “Mama, don’t take my Kodachrome away…” By KEVIN BLOOM.

It reads like a Hallmark movie, and you just know how the opening scenes would play out —young George, our protagonist, receives news of his father’s death and at 14 is forced to leave school to support the family; he gets a job as a messenger boy at an insurance firm, on a starting salary of $3 a week; a year on, he transfers to another insurance firm, where he figures out a policy filing system and is soon earning $5 a week; the salary is still not enough, so at night he studies accounting, and by the age of nineteen his income, as a junior clerk at a bank, has tripled. Cue Act II, where George, now 24, is about to go on a well-earned vacation to Santo Domingo. His friend suggests that he record the trip, so he buys a “photographic outfit,” which, in 1878, means a whole bunch of paraphernalia. He doesn’t go on the trip, but on messing about with the camera, he becomes obsessed with the thought that there should be an easier way to take pictures.

You know the rest. In 1880, George Eastman leases the third floor of a building in upstate New York and begins to manufacture his new invention, so-called “dry plates,” that he sells to other photographers. Kodak, a name he coins with the assistance of his mother, goes shortly thereafter into the razor-blade model of liberating consumers of their cash—the cameras are sold for cheap, and the real margins are made in film, chemicals and paper. It’s such a good idea that by 1976 the company is bagging 90% of film sales and 85% of camera sales in the United States.

Then 1984 rolls around, and Eastman Kodak, with George already 62 years dead, starts to drop a few “good idea” balls. The company passes up an invitation to be the official film of the 1984 Los Angeles Olympics, allowing Japanese rival Fuji to take sponsorship rights and thereby grab a permanent foothold in the US market. In the early 1990s, Kodak brilliantly anticipates the future of photography by inventing the world’s first digital camera, but somehow does a deal with Apple whereby the piece of equipment is marketed and sold under the latter’s brand. As if this “fail” isn’t epic enough, by 2001, after the company finally starts to stamp its own logo on its digital products, it nevertheless loses around $60 a camera—the razor-blade model, it turns out, doesn’t translate into the age of limitless storage.

So this week, Thursday 19 January, around seventeen years after consumers worldwide began the transition from film to digital technology, Eastman Kodak filed for bankruptcy court protection from creditors. In Chapter 11 documents submitted to the US Bankruptcy Court in Manhattan, it listed assets of $5.1 billion and debt of $6.8 billion. “They were a company stuck in time,” Robert Burley, an associate professor at Toronto’s Ryerson University who has photographed shuttered Kodak facilities in the US, Canada and France since 2005, told Bloomberg. “Their history was so important to them, this rich century-old history when they made a lot of amazing things and a lot of money along the way. Now their history has become a liability.”

Still, according to the Financial Times, this might not be the very end of Kodak—the decision to declare bankruptcy, according to company officials, allows it time to reconstitute its finances and is intended to result in the reorganisation of US operations by 2013. Units outside the US, apparently, are expected to continue meeting their obligations to suppliers. Also, the provision of a new $950 million debtor-in-possession credit line from Citigroup should help.

But just in case this is the end of the funky yellow box—and bankruptcy almost always is the end—here are a few of the things, courtesy of the Telegraph, that George Eastman’s little business has done over the last 132 years:

It’s won nine Academy Awards, the most recent being in 2008 for the development of photographic emulsion technologies. It manufactured the film used on Apollo 11’s moon missions. Its engineers, in the twentieth century, registered almost 20,000 patents. And it’s been the subject of a song by Paul Simon, the chorus of which goes like this: “Kodachrome/ They give us those nice bright colours/ They give us the greens of summers/ Makes you think all the world’s/ a sunny day/ I got a Nikon camera/ I love to take a photograph/ So mama don’t take my Kodachrome away.” DM