Gordhan: something is rotten in the state of Limpopo

Gordhan: something is rotten in the state of Limpopo 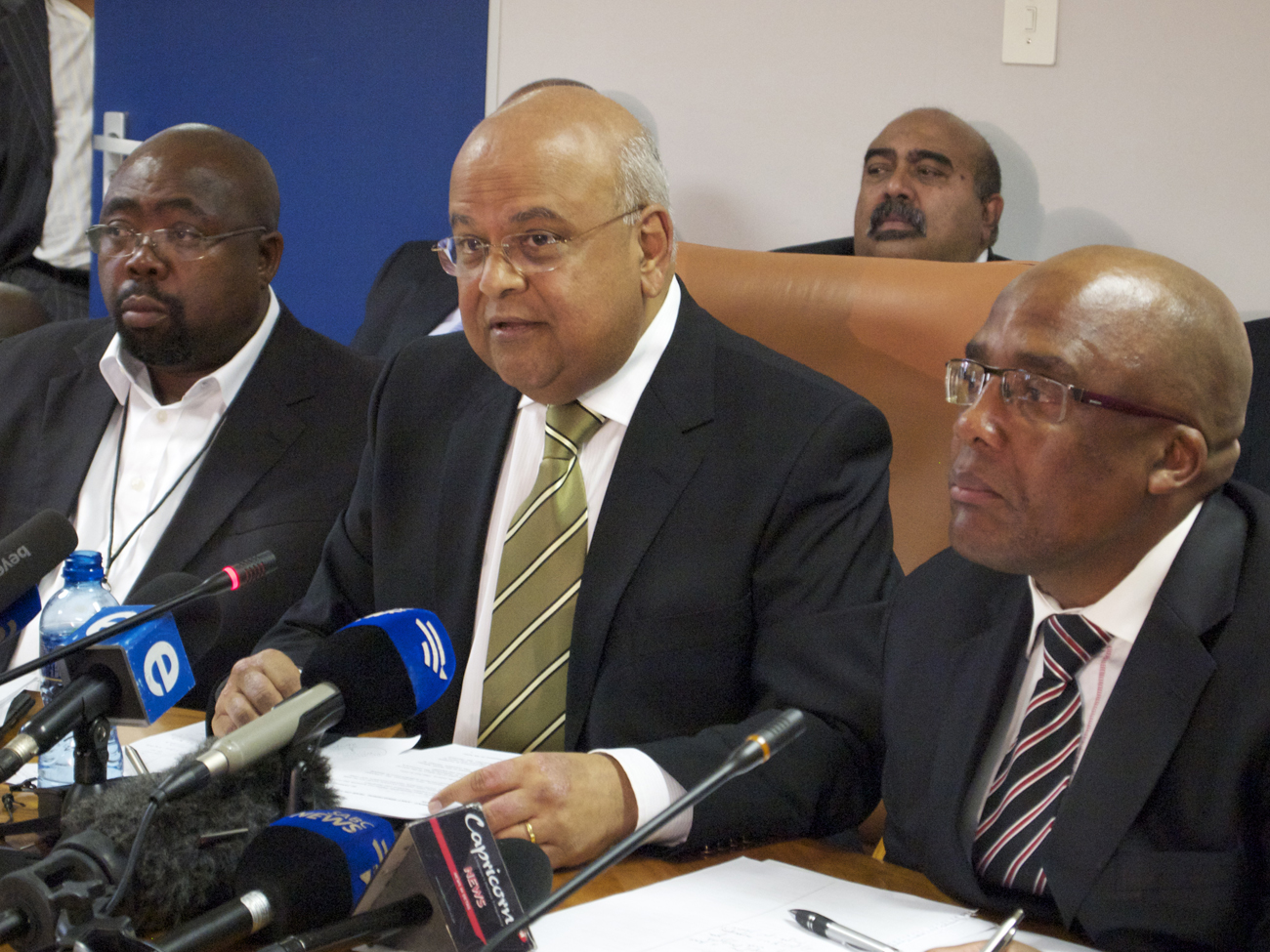 SA's most respected minister chose Polokwane as a perfect setting to deliver the K.O. to Premier Cassel Mathale, his Cabinet, and, by proxy, to Julius Malema on Thursday. The force of his argument was powerful, the picture he painted stupefyingly, staggeringly painful. STEPHEN GROOTES was there.

If Limpopo were a republic, the word “banana” would be bandied about a lot. It’s difficult to put the full awfulness of the horror into one sentence, but here goes: It’s R2-billion in the red, can’t pay doctors and teachers’ salaries, and yet some companies are getting paid eight times a month. Or, as finance minister Pravin Gordhan put it, every two-and-a-half working days. If ever there was an indication of the kind of havoc Julius Malema and Cassel Mathale can wreak, this is it. It’s obvious now, to all and sundry, that Limpopo is indeed a rotten banana, a plaything of the connected.

Its provincial treasury has been raped to such an extent that “People from Pretoria are now working on its next budget and at re-building its capacity”.  Gordhan’s show of political force was quite something to see. He sat in the middle, immovable, objective, the very epitome of “The Finance Minister”. Around him – moving about to get in front of the microphones – five cabinet ministers and one deputy minister. Normally you wouldn’t see them all in the same place outside a major centre. Unless there’s been a major disaster; financially and politically, Limpopo well qualifies. But the real reason they were all there so speedily is that they are attending the Cabinet lekgotla which is underway just down the road in Bela Bela. Having said that, President Jacob Zuma obviously wanted a strong political message to be sent. It was delivered, forcefully.

He’s pointing to Julius Malema. It really is that simple. At one point he even pointed to “media reports” that show there are serious problems with the province’s finances. It was the City Press newspaper that did most of the hard slog, explaining how money ends up in Malema’s bank account and companies end up with tenders.

In short, this is another front in the war between the Gwede Mantashe-Jacob Zuma national ANC and the Limpopo-Malema-Mathale ANC. Gordhan has found Malema’s piggy bank, and taking it back. But he’s doing more than that. He’s placing more and more pressure on the Malema-Mathale project. He says the “courts are ready, if needed, World Cup style”. That’s a hint to quick prosecutions, actions rather than words, and, crucially, results.

But Mathale et al are fighting back, using their usual tactic, bullying. It really is heart breaking to write this, but here it is. Health minister Aaron Motsoaledi says the companies that supply food to hospital patients have been told by provincial officials that if they continue to supply that food, they won’t get paid. They want it to look as if national government is cocking this up. We’re used to people being used as political footballs, but this is taking things to a whole new low.

So how’s this battle going to pan out? Firstly, it’s clear Gordhan has the support of Zuma’s Cabinet. Or at least, that’s how it looks. Political power is now out of Mathale’s hands. He has the right to reshuffle his MEC’s. But five of them don’t have power, as the ministers were quick to say – they have the MECs’ powers now in the affected departments. What Mathale can do is to follow the Eastern Cape example. There, education department officials refused to comply with national government directives, after Cabinet took over that department. It led to chaos, and a whole new generation of Eastern Cape kids who are not being educated. It’s possible the same will happen in Polokwane. But Mathale risks a mini-revolution. Really. He just won re-election at last year’s conference, with a razor-thin margin. Service delivery protests have set a precedent for violent action against the state. It would be easy for people to mobilise similar actions against him.

But the longer-term story is probably less dramatic. Although only slightly. Firstly, much would still appear to hang on the outcome of Malema’s appeal next week. If/when he goes down, Mathale’s faction will have lost its major champion. The other person who’s put his head above the parapet recently for their project is ANC treasurer Mathews Phosa. He would appear to be in a spot of bother himself at the moment. So that leaves, well, Fikile (I’m not your daddy) Mbalula. And his project to be the next ANC secretary-general is not going particularly well.

So then, the most likely way forward is this; Malema loses next week (well, next month sometime, but you get the drift), Mantashe and Zuma get more and more confident. The police probes into Malema’s finances start to look a lot like the police probes into Limpopo’s finances. Eventually charges are brought against Malema. Mathale gets dragged in. Zuma gets re-elected at Mangaung. And with the NEC safely in the palm of his hand, he gets rid of Mathale. And that, ladies and gentlemen, would be the end of the Limpopo project.

But we are also in a year in which anything could happen. Malema could disappear, a new champion could emerge. Zuma could find himself facing those pesky corruption charges again (the DA is taking the NPA’s decision to drop them to the Supreme Court of Appeal in February) or a host of other issues could crop up. The real story of Limpopo is how far we’ve sunk. How we’re now in a place where politicians not only bully, but play with the food of the ill in hospital. About how, now, no one wears gloves ever, they just fight rough, dirty and raw. It’s ugly. And it’s going to be a long time before we get this stench out of our politics. DM