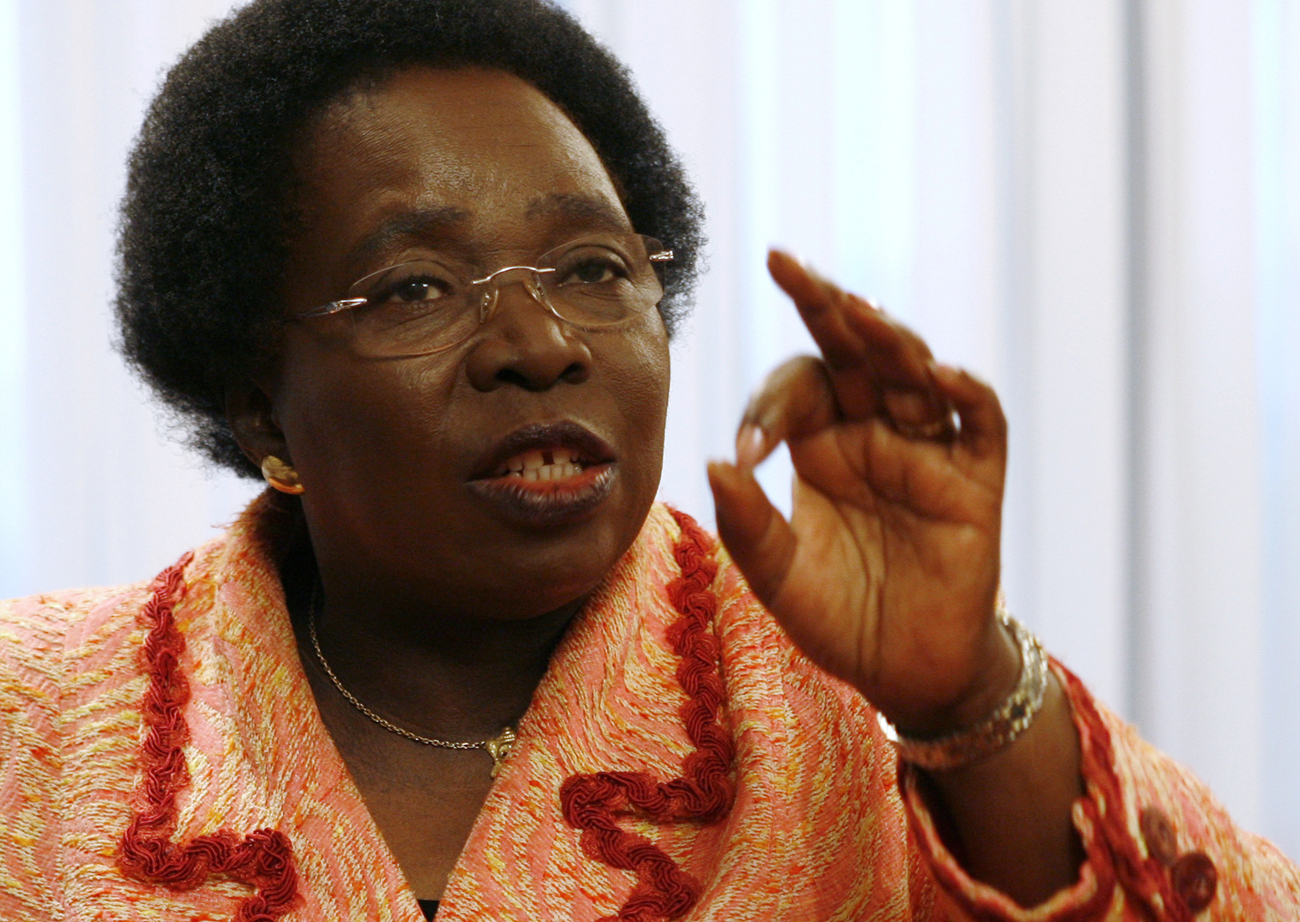 Of course, they said the right things and said them nicely. They talked about African development, integration, security and sustainability. But what the heavyweight five-minister team that formally declared Nkosazana Dlamini-Zuma’s candidature as chief of the African Union Commission was really doing was announcing South Africa’s ambitious plan to seize the leadership  of Africa’s future. By SIMON ALLISON.

Journalists wait. It’s part of the job. You can spend hours in some dingy waiting room, sipping lukewarm coffee and, on a good day, munching stale croissants until the bigwig decides to grace you with an audience. So imagine the surprise on the faces of the assembled hacks when we walked into the conference room of the Bela Bela municipality building on Wednesday afternoon to find that not one, but five cabinet ministers waiting for us, as well as one deputy minister.

We knew then this was no ordinary press conference – this was important.

We were there for the formal announcement of last year’s worst-kept diplomatic secret: that home affairs minister Nkosazana Dlamini-Zuma would be challenging incumbent Jean Ping for the role of chairperson of the African Union Commission. It’s a pivotal role in the architecture of African diplomacy. He or she sets the tone and style of African Union interactions and interventions and wields enormous behind-the-scenes power. Obviously, it’s a coveted role, and South Africa dearly wants it.

According to international relations minister Maite Nkoana-Mashabane, who led the briefing, South African representatives have been criss-crossing the continent to garner support for her candidature, visiting all 53 other African countries and President Zuma has spoken personally to almost every head of state. “We’ve been campaigning hard,” she said. This effort was spearheaded by the high-level campaign team appearing beside her on the panel, which included state security minister Siyabonga Cwele, justice and constitutional development minister Jeff Radebe, correctional services minister Nosiviwe Mapisa-Nqakula and deputy minister in the presidency Obed Bapela.

Elections will take place at the end of January at the African Union summit in Addis Ababa. Every African head of state gets a vote and the successful candidate needs a two-thirds majority. It’s a big ask, especially as Jean Ping has been a relatively successful and popular chairman. But Nkoana-Mashabane is feeling good: “We are very, very confident that we have the requisite support.”

Her confidence flies in the face of most analyses, which predict Gabonese national Ping will get overwhelming support from West African countries, the largest single regional bloc. But South Africa’s strenuous diplomatic campaigning has paid off even here; apparently, not all of West Africa is behind Ping, and the West African regional body  was unable to agree on a consensus candidate, leaving each country free to choose for itself.

Although Dlamini-Zuma was relatively quiet during the press conference, but she explained her vision for the new role in a written statement: “What motivated me and continues to do so to this day is my conviction that Africa’s time is now, not tomorrow. Africa should become the custodian of its own destiny.” But there was a certain wistfulness as she responded to a question from iMaverick about how she felt leaving her post at home affairs, where she has enjoyed so much success: “Home affairs is a government department. You get appointed, you get removed. You can’t leave when you think that everything that needs to be done has been done.”

Given her previous record in government, chances are Dlamini-Zuma would be an excellent AU chairwoman. But it’s this close identification with the South African government – and, by definition, the ANC – that might count against her in the election. Jean Ping, on the other hand, is something of a renegade. It’s rumoured that the only reason Omar Bongo, President of Gabon, is campaigning on his behalf is because he’s so worried that, if Ping returns to Gabon, he’ll be popular enough to be able to seize power. Ping, in other words, appears to have some measure of independence from his government, whereas all indications point to the ANC keeping Dlamini-Zuma on a tight leash.

This impression is strengthened by the strange timing of Dlamini-Zuma’s nomination. Jean Ping has only had one term in office and will have to leave after his second. Why not wait until then? Especially given South Africa’s less-than-stellar diplomatic performance in the last year or so – think Libya and Côte d’Ivoire. The answer lies, perhaps, in the simple fact that Zuma’s second term as president, provided he gets it, won’t outlast Ping’s by much. If Zuma wants to make a more substantial impact in Africa, to carve a legacy for himself as the man who put South Africa at the forefront of African politics, then he has to act now.

Whatever happens in Addis Ababa at the end of this month, it will be a tough battle. Our hope is that Dlamini-Zuma, one of this country’s finest governors, remains unscathed. DM