It was hell, y'know, being Somewhere on the Border

It was hell, y’know, being Somewhere on the Border 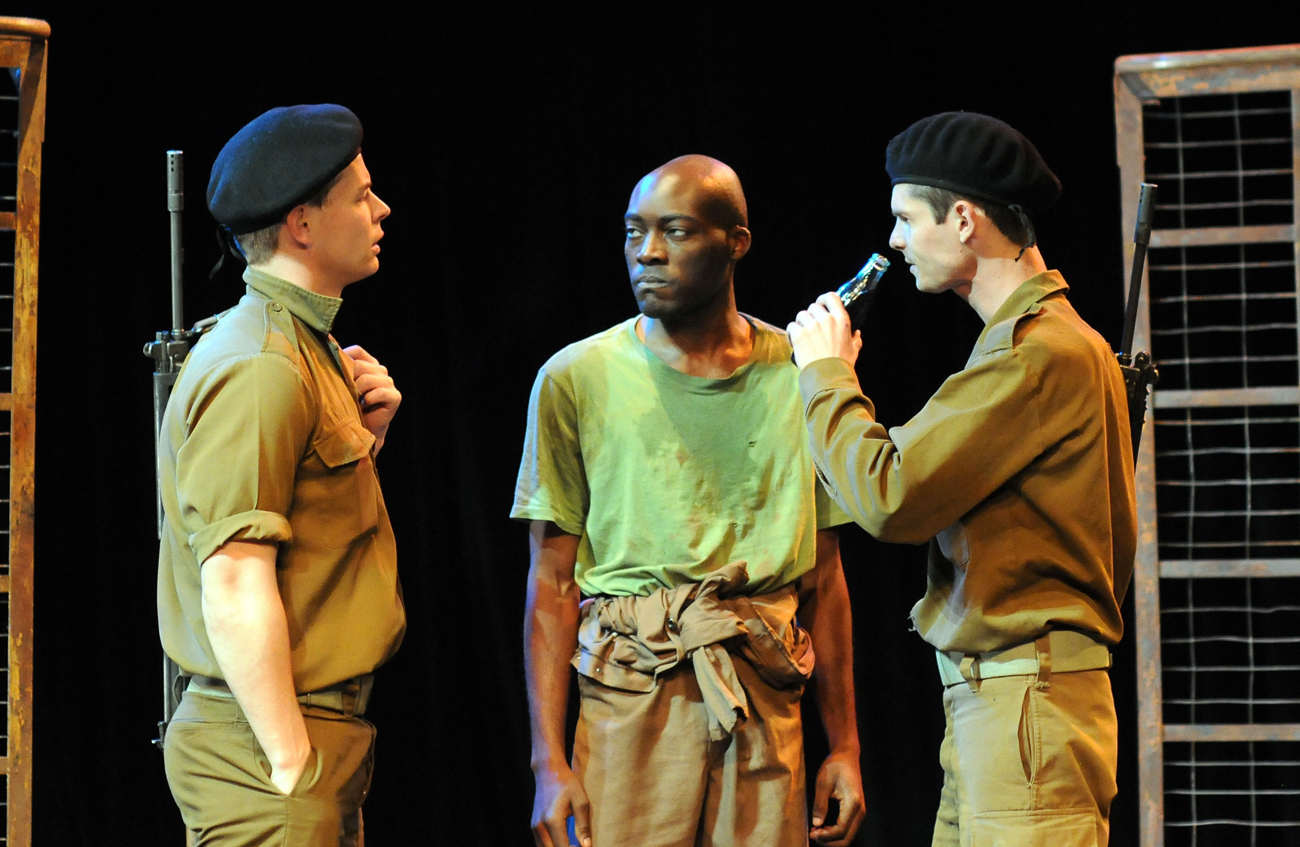 Many of the young men who served their military conscription were damaged by the experience. Physically and emotionally, they were scarred by the brutal way their superiors treated them, or from the moral abhorrence of killing an enemy because their skin was a different colour. By LESLEY STONES.

But I’ve never seen a play that so vividly captures the essence of those times and conditions as well as Somewhere on the Border does.

It’s naturally not a comfortable play to watch, although it is engrossing, even 25 years later in this revival at The Market Theatre. Playwright Anthony Akerman hopes that in retelling the story of young white conscripts sent to the Angolan border might help them to reach some healing or closure. It’s a laudable goal, but I doubt it’ll be achieved. But at least the play will remind the survivors that they weren’t alone in questioning the morality of the Border War and, indeed, apartheid in general.

If they questioned it at all, since the play brings together conscripts with very differing attitudes. There’s the English youngster Doug Cambell, (Dylan Horley), who’s the typical “some of my best friends are black” rebel. Yet he crumbles eventually after trying to fight the system, and, had he lived, would have probably hated himself forever.

Then there’s Hennie Badenhorst (André Lötter) a brash, uncouth Afrikaner uncivil to anyone of another kind, be they black, Jewish or English. He thinks he looks sexy with a gun and can’t wait to use it. Glen Biderman-Pam plays Dave Levitt and skilfully creates a caring, fragile character picked on because he’s Jewish.

The play begins a little slowly as the characters establish their personalities. Soon there are very unsettling scenes as Badenhorst insults and taunts the camp’s black errand runner, played beautifully by Ndino Ndilula. At times Ndilula’s character is the sole source of dignity and humanity, and he gets some of the funniest lines too. When the taunts are in full swing you squirm to see how vicious racists are. Has much really changed in some quarters?

You can’t feel particularly sorry for the conscripts, even those who crack or find their principles slipping away as they are forced to conform. Even those who took their place reluctantly end up perpetuating the system. The script is rich in colourful, vulgar idioms trotted out by brutish Bombardier Kotze, with Charles Bouguenon often dominating the stage with his powerful, volatile presence. It’s no surprise soldiers quake under his deluge of physical and verbal abuse. During a drill scene the actors all conjure up dumb, baffled, empty expressions as boys taking orders that make no sense. The stage setting is equally pliable, and metal beds double as fencing in quick scene changes that keep the action flowing.

Akerman wrote the play while in exile, and it was clearly written from a very personal, emotional standpoint rather than with an eye to its presentation. The final scene is a confusion of grunts rather than coherent words, leaving one uncertain about what was going on as two soldiers are caught by a survivor in a house they had just attacked. Perhaps confusion was the aim, but the lengthy scene would be more powerful with some tweaking to add clarity before the vicious finale.

The midweek audience was surprisingly young, so it wasn’t aging white men come to reawaken horrors of the past. It was chiefly students keen to study their history. At one stage, one of the recruits asks: “Why would people do that?” Which is the central question raised by Somewhere on the Border. There are still no answers. DM

Somewhere on the Border runs at The Market Theatre until 5 February.