Ian Ollis to run for Gauteng leader of DA 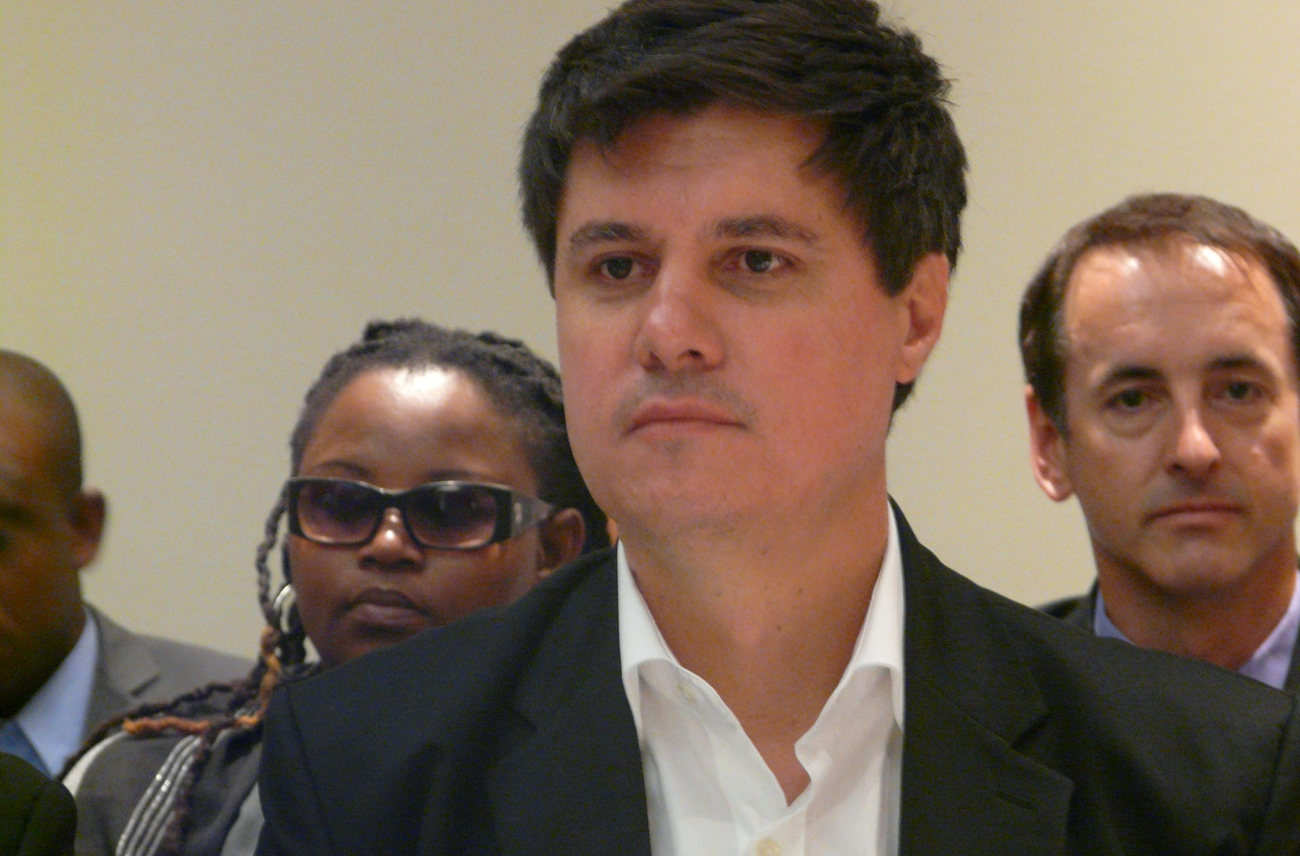 The race is on for leader of the Democratic Alliance in Gauteng and first out of the starting blocks is MP and shadow minister for labour, Ian Ollis. Running against him are expected to be either national spokesman Mmusi Maimane or John Moodey, a member of the provincial legislature. By SIPHO HLONGWANE.

Ian Ollis, 41, formally announced his candidacy for leader of the DA in Gauteng at a press conference in Rosebank on Tuesday. The election will be contested at a provincial congress of the party on 10 March.

(Disclosure: Ollis is an occasional columnist for iMaverick/Daily Maverick – Ed)

Ollis, who is also the party’s provincial vice chairman, is the first to put his name forward. Others who may face up against him are national spokesman Mmusi Maimane and John Moodey. The incumbent Janet Semple is still considering whether to run for another term.

Should Maimane decide to run against Ollis, it will be difficult for either candidate to avoid the issue of race given that Maimane is very new to the party. The issue also tainted the race for DA parliamentary leader between Lindiwe Mazibuko and Athol Trollip.

In 2014, the party hopes to bag the entire province as well as either the Johannesburg or Pretoria metropolitan area. The party has grown from a less than 1% of the vote in the 1990s to 37% in the 2010 local government elections.

Ollis himself said he would have no problem running against Maimane, the man he recruited to the party and personal friend. Last year, Ollis publicly backed Lindiwe Mazibuko’s bid for parliamentary leader, one of the few Gauteng-based party leaders to do so.

When the race between Mazibuko and Trollip heated up, the DA in Gauteng said it would put forward a motion at the party’s federal council, denouncing the manner in which Mazibuko was running her campaign. “It is not okay to wage a campaign using the media to support our run for internal office… Since when does the DA fight its internal elections in the media? This is a divisive and potentially explosive tactic,” the resolution read. The words were also directed at Cape Town mayor Patricia de Lille, who had publicly endorsed Mazibuko.

The voting for the DA leader in Gauteng will be made by provincial delegates to the party’s congress, but Ollis’ launch was very public, suggesting the “Trollip era” of silently lobbying voters may well be over.

“I don’t think that every election in the party needs to be stage-managed by national leadership,” Ollis said. The DA is markedly different from the ANC in its internal make-up. It is a federal party, with almost every rung of leadership directly elected. The ANC has centralised control almost to a fault.

However, party leader Helen Zille is on a campaign to change the nature of a party that has been strongly associated with white middle-class South Africans, with high profile recruitments like Wilmot James, the party federal chairperson, Patricia de Lille and Maimane. Within the party itself, Mazibuko has shot up the ranks in a relatively short time. In the run-up to the 2011 local government elections, the DA held a rally in Kliptown, Soweto, where the Freedom Charter was first adopted by the Congress of the People in 1955.

However, Ollis said he believed the campaign would be fought on merit and who the provincial members thought would be best placed to lead the party and continue its growth trajectory.

Maimane told the Daily Maverick he would make his decision on whether to run by Friday. DM