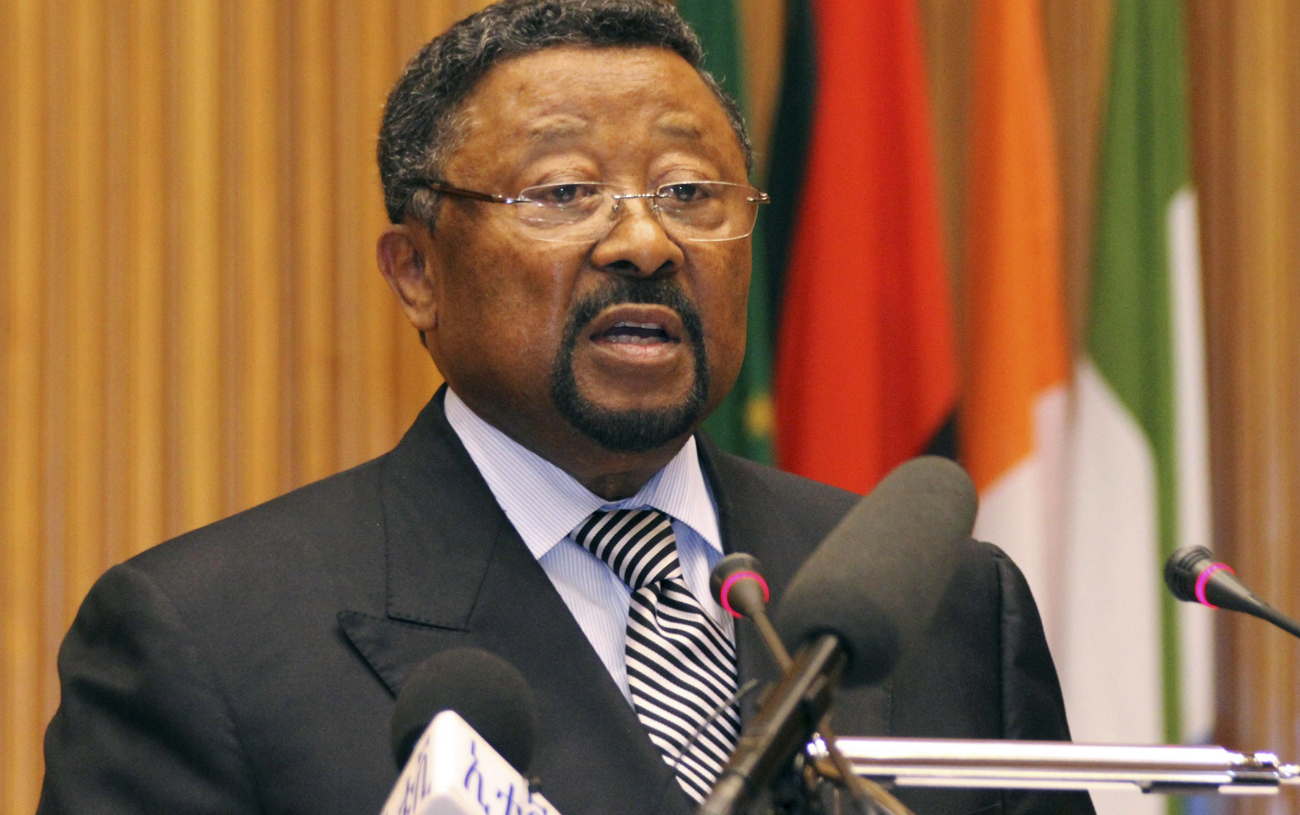 The African Union backed the wrong horse in Libya. Its name was Gaddafi, and it was a particularly lucrative horse, but now it’s dead and the AU has to deal with a highly unimpressed government in Tripoli. AU Commission chairman Jean Ping was in Libya to try to get relations back on track. By SIMON ALLISON.

In what must have been the most awkward diplomatic encounter of his four-year term as African Union Commission chairman, Jean Ping was in Tripoli on Monday for talks with the new Libyan government. He brought plenty of baggage with him, most of it stemming from the unhealthily close relationship between the AU and Libya’s deposed leader Muammar Gaddafi.

Ping was eager to forget this malodorous history. “What I told the [Libyan] authorities firstly is that the past is the past, no matter what happened. We must turn the page and look to the future,” he said in an interview with AFP. But it might not be quite that simple.

Gaddafi was the driving force behind the creation of the AU as we know it. Of all the pan-Africanist leaders this continent has had, he was the only one to push strongly for it to actually happen. He was not afraid to commit plenty of money and lots of time to this vision. In fact, he thought the AU did not go far enough; Gaddafi envisaged a “United States of Africa”, with one currency and one president. And who better to lead such an entity than Gaddafi himself? That he was on a personal power trip became increasingly apparent, and the AU began, quite reasonably, to snub his advances, rejecting his plans to move the AU headquarters to his home town of Sirte, for example, and refusing to allow him a second consecutive term as African Union chairman.

Ping reflected on Gaddafi’s influence: “When the AU was formed, two currents led the debate. Muammar Gaddafi’s vision on one side with a number of African countries which wanted to speed up this union; and some countries on the other which wanted to go gradually.” Gaddafi’s haste won out initially, but other African countries were increasingly putting the brakes on his vision. Ping expects the debate to continue in Gaddafi’s absence. “The difference is that the debate will not be influenced by someone like Gaddafi, who wanted to force through his vision.”

Nonetheless, the AU remains closely associated with Gaddafi, particularly in the eyes of the Libyan rebels-turned-government. Much of this has to do with the perception that Gaddafi’s funding was essential to the AU’s budget, a charge that Ping denies. “This is a serious mistake everyone makes, especially Westerners,” he said. “There are five major contributors (to the AU budget) which pay the same (about 15%): Libya, but also Algeria, Egypt, Nigeria and South Africa.” What Ping neglected to mention is that although the remaining 25% is covered by the other member states, Gaddafi would often cover fees on their behalf, in secret deals to curry favour. But Ping’s broader point is correct: Libyan funding was important to the AU, though not vital. The organisation survived without it in the past whenever Gaddafi decided to freeze it for whatever arbitrary reason, and will make do now.

Ping argues that Gaddafi’s role in Africa is often overstated; his pan-African reputation is a function of his fondness for publicity rather than his actual contributions. Ping pointed out that Gaddafi had established a $5-billion fund to invest in Africa, which, although substantial, is peanuts compared to the $150-billion he invested in Europe. “If the new authorities and the Libyan people want to complain that their money was invested outside the country, the first beneficiaries were Westerners.” True, but misleading; the money invested in Europe was a strictly financial transaction, whereas the money in Africa – much of which was under the table and therefore not reflected in Ping’s figures – was usually for political rather than economic gain. In Africa, Gaddafi’s money bought him the sweet smell of influence; and this influence was clearly felt as aroma turned to stink.

This is the real sticking point between Libya’s new government and the African Union; while Nato and the United Nations were wholeheartedly behind the rebels, the African Union – and prominent African countries such as South Africa – were distinctly less supportive, arguing strongly for negotiations and mediation, and punting the idea of some kind of power-sharing unity government, which would have included a role for Gaddafi himself. In the AU’s defence, this was not necessarily a bad solution, and if implemented effectively may have led to less instability in Libya and its surrounds. Even now we are seeing the ongoing impact of the Libyan revolution in the form of deadly infighting between rival militias and increased insecurity in the Sahel region. But the AU was too slow to get involved, and by the time it came around to making its proposal it came across as a misguided attempt to save Gaddafi’s regime; a perception only strengthened by his close links with the AU.

But this is all history, and as Ping said, he wasn’t in Libya to talk about history, but rather of the future of the new Libya in Africa. “The previous regime had its methods, its resources, its own vision of relations with others. The new regime, I think, wants to have normal relations with its brothers and ordinary Africans.” Ping added, “Libya’s relations with neighbouring countries were moving very quickly in the right direction,” and credited the AU with helping to “normalise these relations”. In an encouraging development, he announced that Libyan Prime Minister Abdel Rahim al-Kib would be attending the AU summit in Addis Ababa at the end of January. He didn’t comment on whether Libya would resume payment of the membership dues.

There are plenty of issues still to be ironed out in the new Libya’s relationship with Africa and the African Union. That they are so far willing to do so is an encouraging sign, but also a realisation from the Libyan government that simply by virtue of geography their country is tied to the continent. For the African Union, the really interesting question is, in Gaddafi’s absence, who will try to take his place as influencer-in-chief of continental affairs? The answer might be apparent by the end of this month, after the dust kicked up by 54 heads of state descending on Addis Ababa for the annual AU heads of state meeting has settled. DM