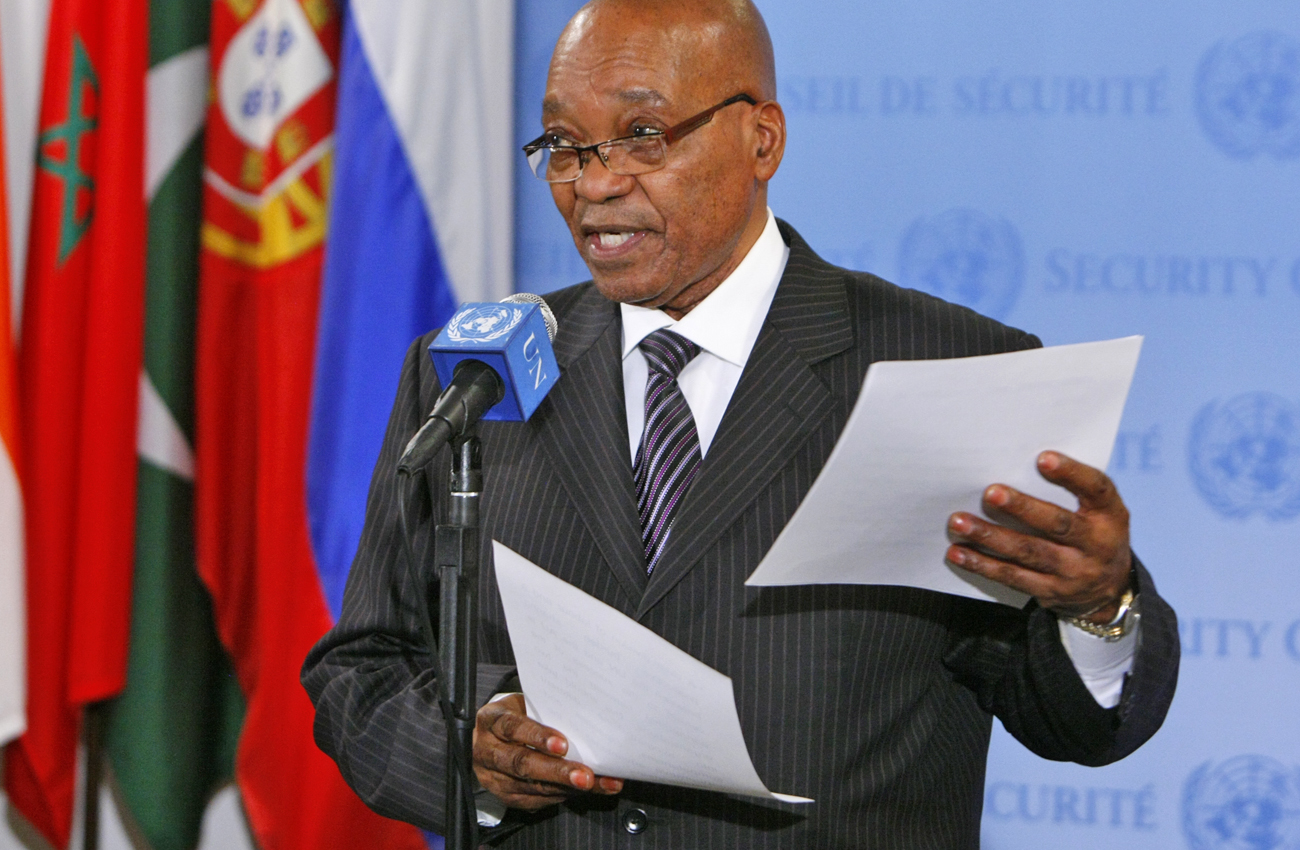 South Africa had a good showing at the United Nations Security Council meeting on Thursday, with a confident speech and press conference from President Jacob Zuma, and expressions of support from members for mutual improvement of the relationship between the United Nations and the African Union.

At the UNSC debate, the South African president chaired proceedings and opened with his own fairly strong statement. Zuma started by claiming that chapter eight of the United Nations’ own charter mandated the organisation to deal with matters of international security through regional bodies. His frank tone was noticeable throughout, calling for reforms of the council, particularly when he remarked that the United Nations was set up while much of Africa was under colonial rule, and that this was reflected by the fact that there is no permanent African UNSC member. Naturally, one of his arguments centred on the fact that people who are from Africa generally have a greater understanding of the problems there. Using Libya as an example, Zuma explained that the diplomatic route favoured by the AU was ignored, and a Nato bombing campaign changed a localised problem, just within Libya, to a regional problem – weapons given to Libyan rebels by Nato are being discovered in countries along Libya’s border. Zuma also said that council resolutions must be interpreted properly, as misunderstanding can undermine the credibility of the UNSC. If he wasn’t referencing UNSC resolution 1973 (which authorised “all necessary measures” to protect civilians in Libya), we’ll be very surprised.

Other security council members, for the most part, agreed that closer integration was key in fighting problems in Africa. Two-thirds of all UNSC resolutions and 80% of all peacekeeping troops in the world deal with the continent. UN secretary general Ban Ki-moon added after Zuma that Africa was one of his top priorities, and he wanted to “make this strong relationship [between the UN and the AU] even stronger”. In a possibly unintended admission to Zuma’s earlier point about Nato’s campaign spreading the Libyan problem, Ban mentioned that the UN was meeting with regional organisations in the Sahel region to see how the problems had spread.

Kenya, representatives from the African Union’s Peace and Security Council, Togo and Colombia all agreed with Zuma’s proposals. In fact no one who spoke at the UNSC meeting was against closer integration, but it was the United States’ Susan Rice who made a candid speech, spelling out just what was going wrong between the AU and the UN. Rice acknowledged that the AU felt ignored by the UN, but that the UN felt that AU was too slow to mobilise, and often wasn’t united in its responses. Zuma, at a press conference after leaving the debate, agreed with Rice’s assertions but maintained that there were countries outside Africa “who still want to influence other countries on the continent, and that contributes in the hesitance of the countries to take whatever decisions”. This wasn’t just the blame-the-colonials game: Zuma also rebuked African countries which listen to outside interference.

Rice also said that while the UNSC wished to cooperate closely with regional organisations, “this cooperation cannot be on the basis that the regional organisation independently decides the policy and United Nations member states simply bless it and pay for it.” She, quite correctly, said that communication and work between the AU and the UN has not been satisfactory, and this needs to change lest one group decide the other is no longer useful.

South Africa’s proposals to mandate closer cooperation did receive some support, most notably from China who said that African issues must be addressed with greater urgency, and that the UN and the UNSC must heed the opinions of the AU, particularly when it calls for diplomatic solutions instead of military interventions. While statements weren’t necessarily all for or against South Africa’s proposals at this stage of the debate, France pledged support for a permanent seat for Africa, or an African country, on the UNSC. Portugal, whose speaker sounded like he had spent most of his life living in South Africa, also backed Ban Ki-moon’s attitude toward Africa, and Zuma’s call for increased unity.

While no decisions were made, nor resolutions drawn up on Thursday, South Africa’s performance during the session was thought out, frank and confident. After a tottering 2011 in foreign policy, 2012 is off to a good start. DM