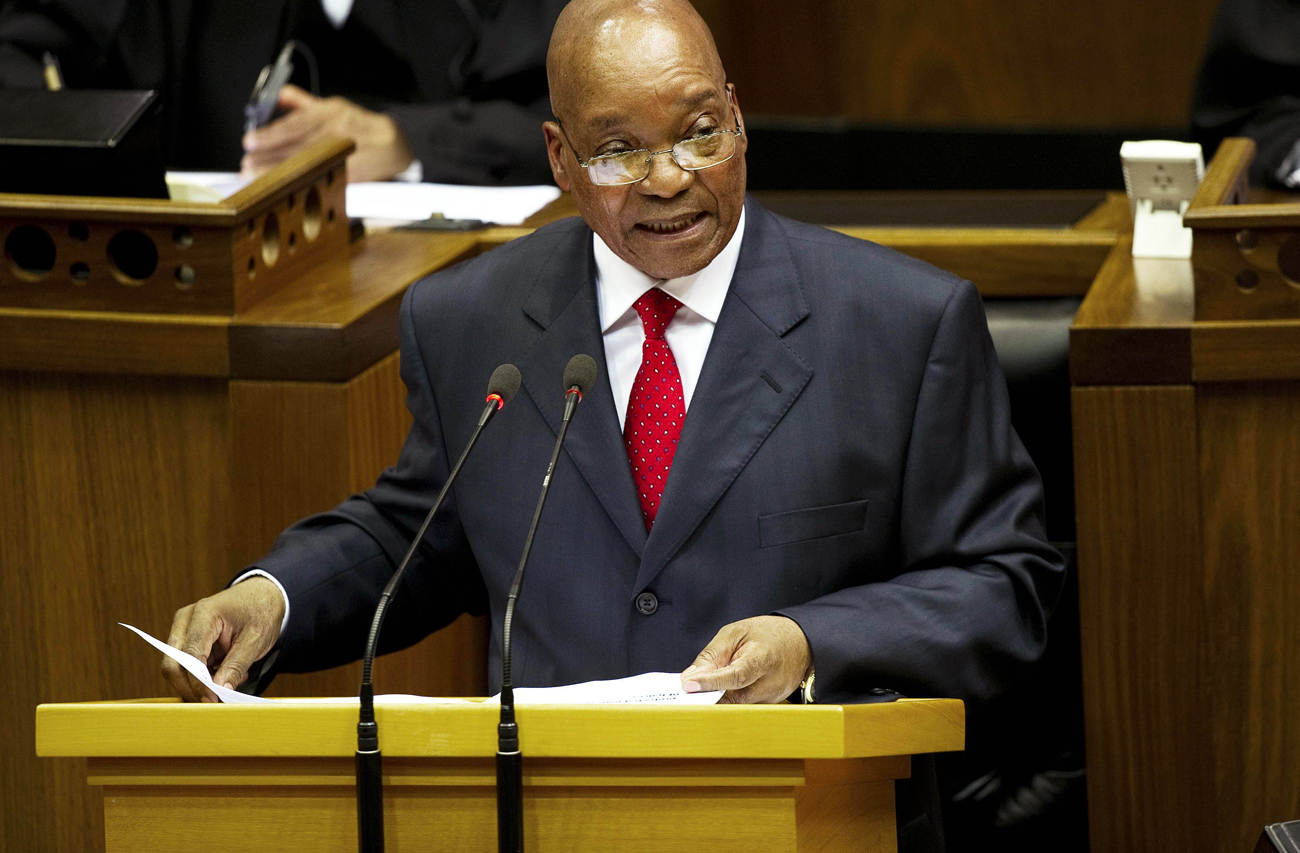 It has become almost a tradition among some of our commentariat, after any major national speech by President Jacob Zuma, to bewail his speaking ability. To have a real go at how he is not a politician that gives set-piece speeches well. Sometimes we're told that we deserve better, sometimes it's explained that actually it's time for the president to fire his speechwriter. And the counter-arguments start, that English is not his first language, that his was not a political career formed through public speaking. Of course, the entire argument is wrong, misplaced and misses the point entirely. It also completely loses the fact that we have different politics to those to whom Zuma is compared. And it's insulting. STEPHEN GROOTES isn't taking it anymore.

For those of us lucky enough to have platforms, large or small, to comment on our public affairs, we, almost to a person, have access to Western (the capital is deliberate) rolling news channels. We’ve all seen how Tony Blair, Bill Clinton, David Cameron and, of course, Barack Obama deliver a speech. It’s an impressive thing. It’s a carefully choreographed event. The sheer money and resources that goes into them is massive. You have the virtually transparent plastic panes upon which the auto-cued speech is projected (now you know how Obama does it), the carefully supervised camera shots of family members nodding their heads sagely, no matter how many times they’ve heard the stump speech. Hell, at one point a CNN make-up artist was almost poached by Hillary Clinton’s campaign just because she managed to get that complex mix of femininity and power so crucial to American palates just right.

We are different. We are not a television democracy. It really is that simple. Political speeches, in public, on radio or TV, don’t matter. We have a party system, not a personality-political system. We have organisations, groups of people who’ve come together under a common banner (and occasionally fight under that banner) rather than one face projected onto every publicly available space.

We are also a different society. In the US, the EU or Britain (the “or Britain” is deliberate too), if a sitting prime minister or president gives a speech or a press conference, virtually every male in the room is wearing a tie. Every man you see on TV news will be doing the same. It’s a stiff-arse uniform that it insisted upon, with no rhyme or reason. Here, it’s not uncommon to see the president on TV in a soccer shirt. And that’s encouraged. A golf-shirt was considered smart enough for Sunday’s big speech. I once saw a TV reporter, on TV, during the news, doing their piece to camera in a Che Guevara shirt. You could not get away with that almost anywhere else.

Within the ANC, which is the constituency that really counts for Zuma, politics is decided branch-by-branch. Messages and signals are sent through provinces and regions, through party structures. You don’t need to win internal elections by going to your supporters through the media as the Republican candidates are currently doing. You win by getting branches to back you. The fact the ANC uses a delegate system is a huge part of this, it’s not every member of the party who votes, it’s delegates. And when the ANC needs to use the media for whatever purpose, it can do so with ease. The claim that its media people are not properly professional only stands up if you compare them to countries where the media is the platform to win votes. For the ANC, that’s simply not how general elections are won.

Anyone who doubts this should go back a bit. While it’s common to criticise Zuma now, it was also common for the hack pack to express huge frustration about Thabo Mbeki’s speeches. Remember them? The complete lack of sound bite, the insistence on using sub-clauses (a complete no-no for those who live by the tyranny of the sound bite), the long complicated sentences, with words that no one really understood, and, infuriatingly, the rambling quotes that were so long, you couldn’t tell if he was still quoting or speaking in his own voice.

When Mbeki stood up at Polokwane to deliver his political address to a gathering of people who he must have known were about to vote him out of power, he didn’t use the opportunity to campaign, or even to warn about his possible successor. Instead he delivered a three-hour dreary recital that wasn’t particularly comprehensible. Because he knew that that wouldn’t work. Yes, he was also bloody-minded, but he also knew that that simply wasn’t how politics is done in the ANC

And yet when he wants to, he can deliver one hell of a speech. Anyone remember “I am an African”?

The sheer poetry of these lines says it all:

“I am formed of the migrants who left Europe to find a new home on our native land. Whatever their own actions, they remain still, part of me. In my veins courses the blood of the Malay slaves who came from the East. Their proud dignity informs my bearing, their culture a part of my essence. The stripes they bore on their bodies from the lash of the slave master are a reminder embossed on my consciousness of what should not be done… My mind and my knowledge of myself is formed by the victories that are the jewels in our African crown, the victories we earned from Isandlwana to Khartoum, as Ethiopians and as the Ashanti of Ghana, as the Berbers of the desert…”

And the delivery of it was spot on too. Zuma can do the same. When he spoke at his inauguration, and just two weeks before when he gave the ANC’s victory speech at the IEC Centre in 2009, he showed that he absolutely has what it takes. The point is, when ANC leaders want to make a big speech, they can.

If you ever want to examine the differences between the political cultures of the ANC and the DA, speech making is a good place to start. Both Tony Leon and Helen Zille can give barnstormers. The passion, the carefully crafted sound bites, the gestures that look great on telly, they’re all there. That’s the way they do politics. They are appealing to voters through the media. Nothing wrong with that. It’s just different to the way the ANC does things, with its network of branches and local campaigning machinery in every tiny dorpie in the land.

The point I’m making here is that people who accuse ANC leaders of not speaking properly are missing the point. It’s a choice by these leaders. They don’t need to spend the money and time rehearsing speeches, or on the right shade of base for their cheeks and the absolutely correct camera angle for the shot they will control. They do it differently. And perhaps more democratically.