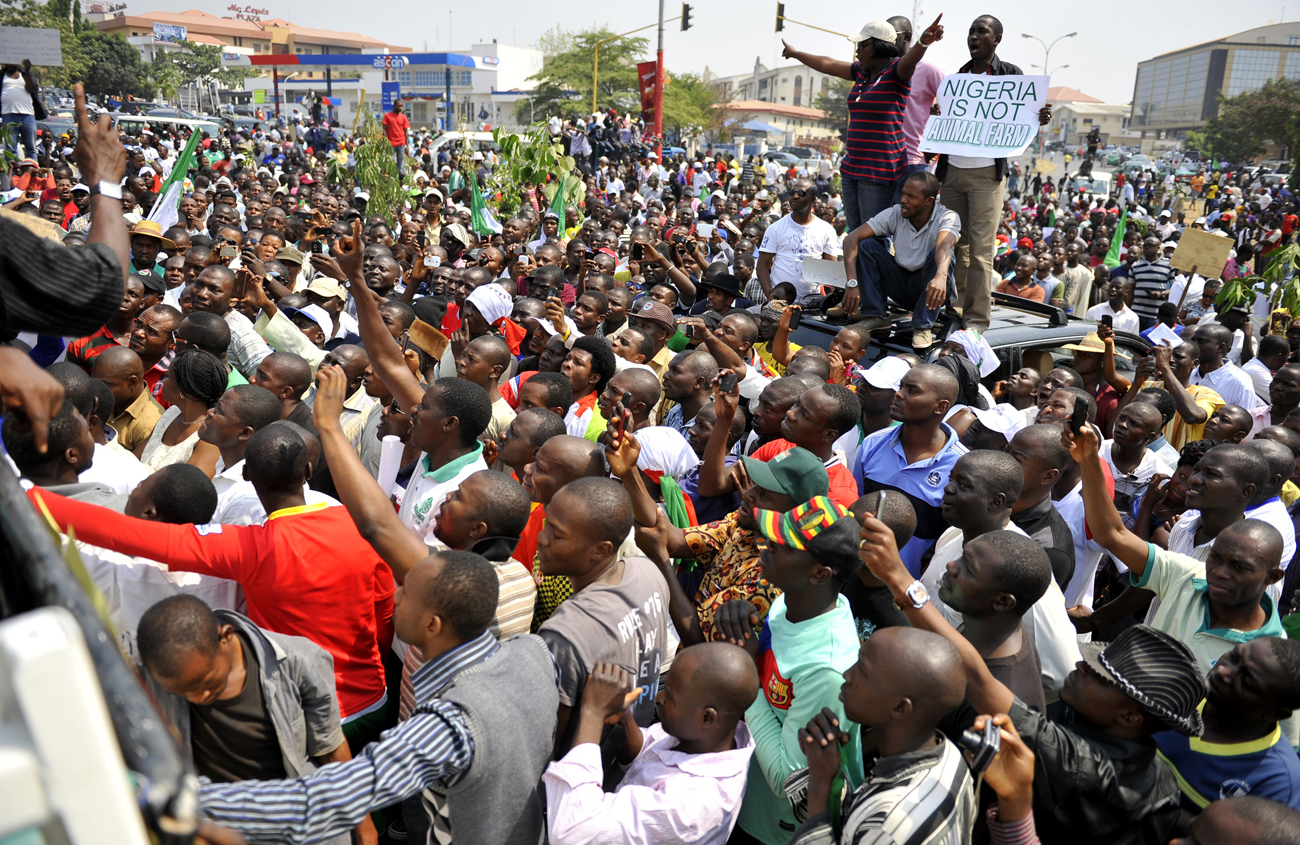 Even for an eternal optimist, it’s hard to be sanguine about the news coming out of Nigeria at the moment. The strike is in its third day and worsening. The national assembly has rebelled against the executive, demanding fuel subsidies be reinstated. Boko Haram misguidedly targeted attacked a mosque. Is there any good luck for President Jonathan? By SIMON ALLISON

Nigerian President Goodluck Jonathan has led a charmed life, so far. From his humble origins – he often speaks of being shoeless as a child – he worked his way up through the political system, a series of lucky breaks and well-timed deaths ensuring his swift and unexpected rise to the very top. But now firmly ensconced in the presidential palace, known as Aso Rock, his luck seems to have turned as he confronts the most serious challenges since the Biafran war.

It’s not a smiley-face picture. And in the last few days some hugely influential voices have warned strongly that Nigeria risks descending into civil war. One is senate president David Marks, who cautioned against fanning the flames of discontent: “The current security challenge has reinforced the need to aggressively pursue economic development and simultaneously implement the war on terrorism. In this regard, let me caution against reckless utterances by some Nigerians that endanger our national unity. Statements that encourage people to move from one region to another on the basis of faith and ethnicity is unpatriotic. It portends danger to our corporate existence and a clear invitation to anarchy.” His deputy, Ike Ikweremadu, said the same thing rather more eloquently: “These things are like a bonfire. If not quenched, it can consume all of us.”

The other concerned voice is that of Nobel laureate and poet Wole Soyinka, one of Nigeria’s most famous sons, who said he sees echoes of the 1960s civil war over Biafra in today’s unrest. “It’s not an unrealistic comparison – it’s certainly based on many similarities. We see the nation heading towards a civil war…It is going that way. We no longer can pretend it’s not…When you’ve got a situation where a bunch of people can go into a place of worship and open fire through the windows, you’ve reached a certain dismal watershed in the life of that nation.”

It’s not hard to see where Soyinka’s pessimism is coming from. The Boko Haram issue is inexorably evolving from the limited threat posed by a small, disorganised Islamist militia group into a major religious conflict. On Tuesday, a mob of Christians in the south attacked a mosque in Benin City, killing five and causing 3,000 people to flee the area. At much the same time, gunmen in the north opened fire on a pub, killing eight people including a child. And then there are the protests and strikes against the scrapping of the petrol subsidy which doubled fuel prices overnight. These have been bigger and more determined than anyone was expecting, and police have struggled to keep them in check, killing at least three people with their overly-aggressive crowd control. Even worse, Jonathan has lost the support of his parliament, which told him in no uncertain terms that the subsidy should be reinstated.

A lame duck president, a crippling national strike, seething religious warfare and mass poverty; Nigeria is in a dangerous place. Goodluck Jonathan will need his luck back if he’s to negotiate his way out of this mess. DM Photo: Demonstrators gather during a protest against the elimination of a popular fuel subsidy that has doubled the price of petrol in Nigeria’s capital Abuja, January 10, 2012. Nigerians took to the streets on Tuesday in growing numbers on the second day of protests against a sharp increase in petrol prices, piling pressure on President Goodluck Jonathan to reverse his removal of fuel subsidies. REUTERS/Afolabi Sotunde