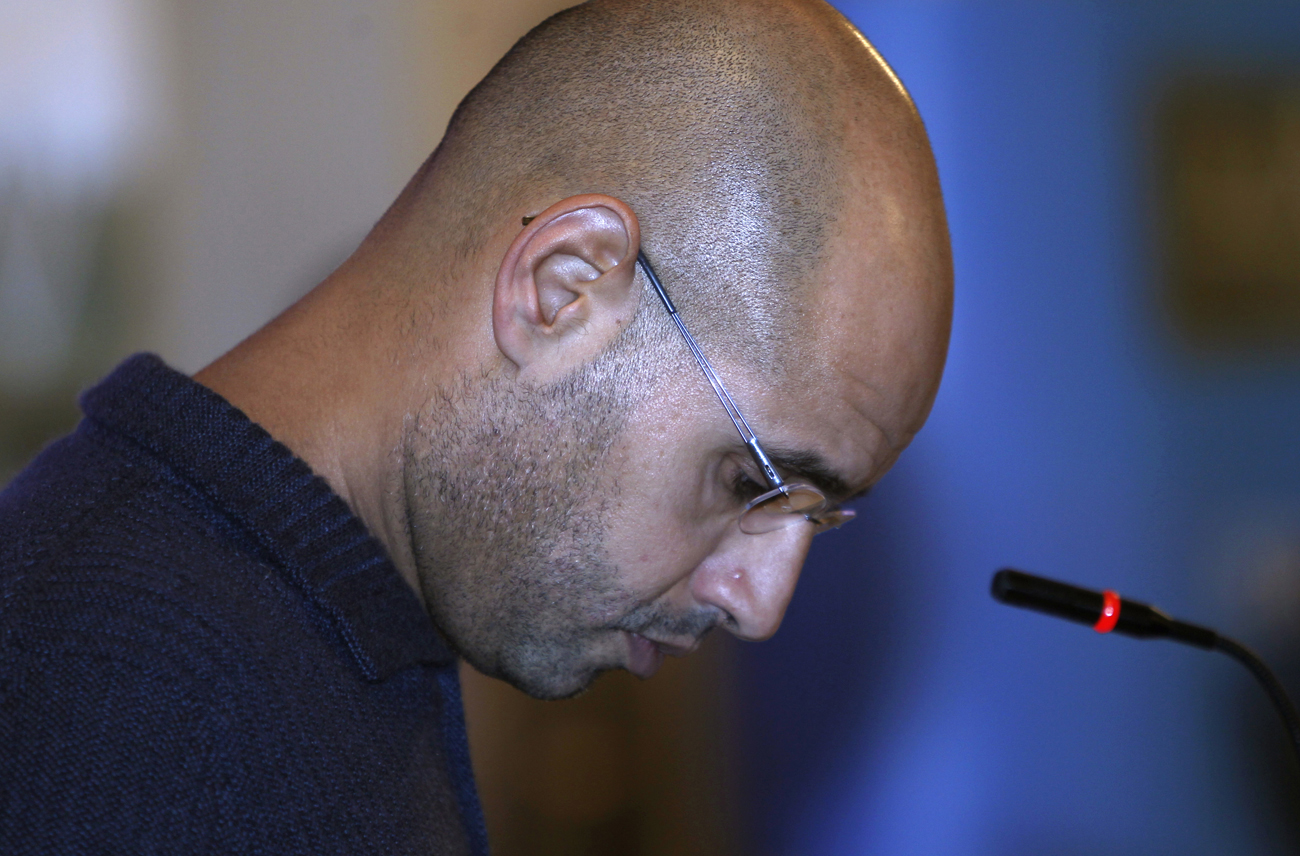 The ICC deadline for Libya to give details about the health and status of Gaddafi’s son Saif al-Islam has come and gone, without word. This isn’t all the fault of Libya’s transitional government. As long as Saif remains in the control the Zintan militia, he’s their trump card and they’re holding that card very close to their chest. By SIMON ALLISON.

Ask Saif al-Islam Gaddafi a year ago where he thought he would be today and it’s unlikely the smooth-talking, LSE-educated son of Muammar Gaddafi would have guessed he’d be held captive in the remote town of Zintan, Libya, trapped in a converted living room with a dirty beige carpet, powerless in the country that was once his family’s plaything.

He would never have guessed that he’d become a rallying cry for human rights organisations, using his example to remind the world that not all is good and innocent in the new Libya. They complain that he’s had no access to a lawyer, or knowledge of the charges against him. It’s almost (but not quite) enough to make you feel sorry for Saif al-Islam. After such a momentous fall from grace, he must be wondering what’s next.

The truth is, we’re all wondering what’s next. Libya’s new authorities are sending out mixed messages about what is going to happen to him. On the one hand they’ve pledged to try him in Libya under Libyan law, which presumably will need to be reformed before any trial can go ahead. On the other hand they are working closely with the International Criminal Court on bringing other Gaddafi apparatchiks to justice, mindful that Libya is not yet in the position to handle this judicial burden itself.

But despite this cooperation, the National Transitional Council also recently hosted the ICC’s most wanted man in Tripoli, Sudanese President Omar al-Bashir, without any suggestion they might hand him over. On Tuesday the NTC defied an ICC deadline to provide information on the health and status of Saif al-Islam. Saif al-Islam is also wanted by the ICC, of course, for crimes he is alleged to have committed during the Libyan revolution earlier this year, but so far they have been happy to let justice take its course in Libya. This position might change rapidly if it becomes clear that Libya won’t give him a fair trial, and this lack of cooperation by the NTC seems to make this more likely.

The real issue is that while they may have adopted all the trappings of sovereignty, the NTC is still struggling to assert itself as Libya’s only source of authority. During the revolution, Libya’s young men (and some young women) organised themselves into militia groups, usually based on geographical ties, and learnt to hold weapons and take care of themselves. The rebel movement was only ever unified towards it end goal, the dismantling of the Gaddafi regime. It was never a coordinated body that took instruction from the top. Their victory in the revolution is all the proof Libya’s rebels needed that this was an effective means of organisation and most of the militia groups are very wary of putting down their weapons and trusting in the central government. They want a slice of the power in the new Libya and staying armed is the best way to ensure this.

The Zintan militia, the one that captured Saif al-Islam and is keeping him locked up, is no different. Except that they have something even more valuable than weapons. They have Gaddafi’s son, the most important remaining living symbol of Gaddafi’s regime in Libya, and his next steps will be up to Zintan’s leadership. Saif al-Islam will go where Zintan decides he should go, as opposed to whatever the ICC, the NTC or the rest of Libya might want. So when the ICC blames Libya for failing to meet its deadline, it’s not necessarily the new government’s fault. Rather it’s the outcome of the jockeying for power that is an inevitable consequence of any revolution. DM