The billion-dollar video game - is the call of booty ju...

The billion-dollar video game – is the call of booty just not enough? 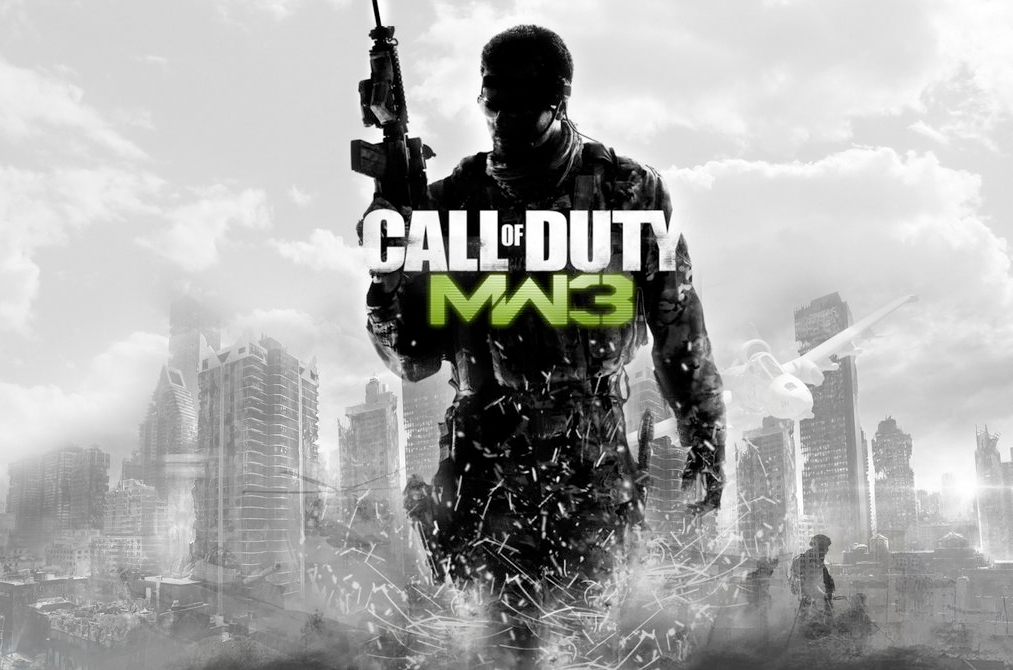 Call of Duty 3: Modern Warfare is the fastest-selling video game of all time and the biggest entertainment story of the year. $1-billion in 16 days, it has Hollywood execs slobbering in envy and wonder. But the Internet is in its own lather over the sheer “sequel-ness” of the sequel, which has inadvertently caused a crisis of confidence in the gaming industry. What does all that dough actually amount to, if the fans aren’t happy? By RICHARD POPLAK

Talk about a Pyrrhic victory. When Call of Duty3: Modern Warfare exploded on the shelves, it took a mere 16 days to bank a billion bucks and become the entertainment story of the year. What has this earned publisher Activision Blizzard, beside half of Burundi? An unrelenting barrage of carping, with consumers falling over themselves to slag the title on Metacritic, and anywhere else.

According to Activision Blizzard, “COD 3” sold 6.5-million units in 24 hours in the US and UK alone, bringing in $400-million. By contrast, the global grosses for the latest entry in the Twilight franchise sit at $635-million. With ticket prices around the world averaging out at $8 or so, we learn that Breaking Dawn Part 1 has sold about 7-million tickets. Both film and gaming are subject to rampant pirating, so it’s impossible to set firm numbers. However, one thing is clear: Dazzling video game grosses don’t mean that the industry has crossed into the entertainment Valhalla, where every last woman and child is blowing away virtual Somalis with digital RPGs.

Twlight vs Call of Duty? Apples and oranges, you argue. But Hollywood is the market that game developers use as a bar. (Activision Blizzard reminds us that the Call of Duty franchise has grossed more than Star Wars or Lord of the Rings.) Twilight is no one’s idea of a vast, crossover pop cult phenomenon a la Avatar—its primary market is tweens and young women—but its impact on the broader culture is huge. Call of Duty, no matter how many games sold, has almost no impact outside of the gaming community. Why is this important? Because for years, cultural commentators have insisted that gaming would usurp Hollywood and the music industry as the go-to venue for the world’s most creative minds. And while this may be true in some cases, games simply haven’t crossed over the way we were promised. Why might this be?

Consoles are expensive, certainly. But even in the rattiest corners of the globe, games are played on old PCs and retrofitted Xbox’s—hardware price has never slowed the growth of the industry. But “gameplay” certainly has. One of the recurring complaints that bedevil the industry is that games like COD are simply too hard to play. The “First Person Shooter” (FPS) demands time commitment, dexterity and focus that can’t properly be described as “tuning out.” (Steven Johnson, in the essential Everything Bad is Good For You, insists that on a cognitive basis, video games make us smarter, faster and better creatures, if not more sensitive and caring.) In short, for the uninitiated, games are hard work.

What’s more, an FPS like Call of Duty is maniacally violent. In a piece of manufactured controversy, destined to extend the “games are made by Satan” declamation for at least another week, Call of Duty 3 features a young girl being blown up in a car bomb, a sort of companion piece to an incident in the second instalment, in which a bunch of innocent civilians are massacred. Since the classic FPS Doom met the ire of Tipper Gore in the early 90s, and the Columbine Massacre was pinned on the gaming proclivities of its perpetrators, video games have been derided for their violence. It isn’t the haters that have slowed the growth of the industry, but the sheer repetitive boredom that the FPS elicits for the uninitiated.

What’s changed since Doom? The speed and detail of the graphics, mostly. COD 3 is obsessively busy, and its rendering of physical space and gravity make it a constant thrill ride. But it comes in for opprobrium because it offers what games have been coughing up for 20 years—more of the same. And while the human brain is designed to enjoy, and seek out, repetition and formula, sometimes this amounts to too much of a good thing.

We see the craft, argue gamers, but where is the art? While many insist that Grand Theft Auto IV, Unchartered and Batman: Arkham Asylum flirt with the art-meets-entertainment paradigm of Coppola’s The Godfather—and please note that none of them is a shooter game—the big titles like Halo are just rehashes of rehashes. While Guitar Hero brings the family together for some wholesome fun, it piggybacks on another art form to deliver its enjoyment. The Mario Brothers, Pac Man, Zelda, Lara Croft and Master Chief are all members of the pop culture pantheon, but they aren’t Indiana Jones, nor are they Hamlet. We don’t weep inconsolably after completing a 30-hour game, having met with inviolable truths about life and living. For every indelible environment games provide—the San Andreas of Grand Theft Auto; the drowned dystopia of BioShock—we haven’t been confronted with new ways of encountering reality. Games like Call of Duty are primarily interested with physical verisimilitude, which makes the stupidity of the plots and the perfunctory characters seem all the more threadbare.

In short, the gaming industry is hamstringing itself. This is why so many enthusiasts see Call of Duty’s hysterical success as a setback. Why bother with pushing the limits when the same old stuff will make you a billionaire? It’s a question those jealous Hollywood execs might well ask. In a year lousy with sequels, box office is down more than 4%. Video game developers may wish to take the lesson to heart. DM