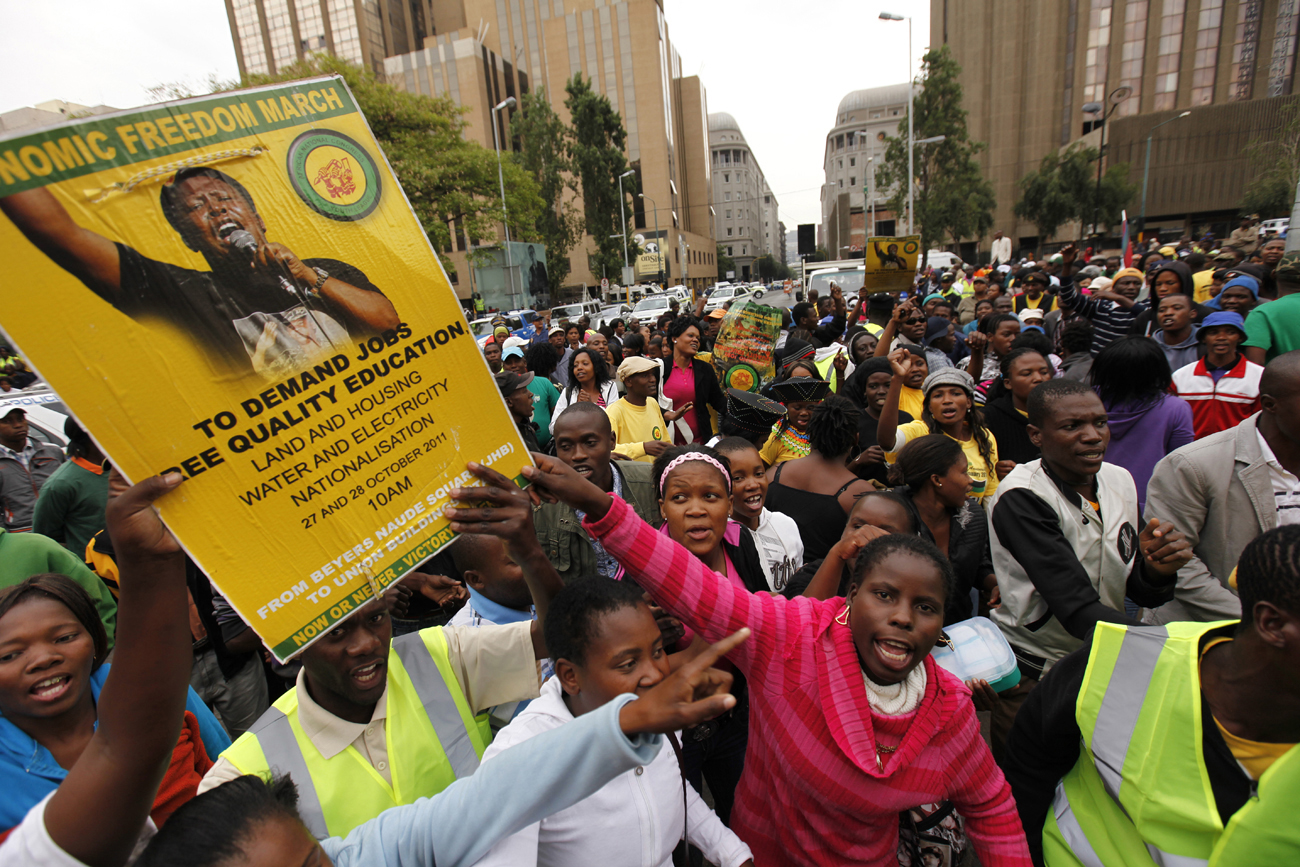 One of my critics whom I greatly respect once asked me the question, "And what’s with the schizophrenia? One day we’re all in the land of milk and honey. We middle-class whiteys tear up our Aussie immigration forms and reach for another beer. Then – wham! – the next day comes along and you tell us that everything is shit." It's a fair question. After what I had to say on Wednesday about the broken politics of our 2011, it's time to ask how I really feel about our land, about where we're going, about how things will pan out in the end. I will try to be honest. More than that I cannot promise. By STEPHEN GROOTES.

Among the many questions I’m asked once people realise I’m a nasty hack who follows politicos around for a living, is “how the hell do you put up with Julius? Like why haven’t you gone up to him just put your fist through his face?” To be honest, there have been times. Sometimes I just want to throw my hands up. You probably already know that when it comes to our economy, job creation and business, I’m very much like Marvin, the Paranoid Android. I’m sooo depressed. Depressed enough to just want to cry.

Every day I drive past a rubbish dump, sometimes it’s after gym, still bright and early in the morning, sometimes on my way home from work. Every day, no matter rain or shine, early or late, I see the people who haunt me. It’s the unemployed, desperate men in the prime of life, between 25 and 50, sitting on the pavement. Doing nothing. Sometimes they may be clustered around a newspaper, usually one of them has a smoke dripping from his mouth. Some are in jeans, others in blue uniforms. Every day all they’re hoping for is just one job, something that will get them some money.

These are people who are strong enough not to fall into the traps of addiction and crime, strong enough to somehow still have self-respect, despite not being able to fend for themselves and their families. They’re not blind like the Zimbabwean beggars, they’re not angry like the Malema followers on the “economic freedom” march. And they’re not just misguided like those who think everything will be okay if we just abolish the property clause in the Constitution. These people want nothing more than a dry bed, a meal in their stomach with the promise of another one tomorrow, and maybe, if it’s not asking too much, one scud of beer on a Friday night. And they want to be able to say they did it themselves.

It’s not a lot. And yet they are unable to. And there is no prospect of them being able to. This is why I get depressed. This is why I worry that my child will face a future of being an elite (being white, and hopefully well-educated pretty much guarantees that. And that’s a comment on the momentum of economic apartheid, not a comment on his brains or mine) in a country that is angry and decomposing. As hope vanishes, all that is left is everything else that was in Pandora’s box.

I worry too about our state intelligence minister who doesn’t feel that he has to apologise to us for having a drugs trafficker as a wife, but feels he can say that anyone opposed to that stupid Info Bill is a foreign spy. Go jump, Sir.

You think you are better than everyone, you think that being a minister, or being close to Zuma makes you more than just a citizen. All the president is, is first citizen. It’s why we’re all citizens and not subjects. It’s why we don’t have a Queen but a Constitution. And you think you are the King? That you have the right to decide everything for us? You don’t, and you bloody well won’t either, when it comes to it.

And then there’s Malema. A man who claims every possible right he can dream up. And then idolises Muammar Gaddafi. I mean really. How stupid do you think we are? Before Gaddafi was killed, an ANC Youth League leader wrote on Twitter “Gaddafi’s money is Gaddafi’s money”. His money was far more ill-gotten than any white male American president’s. I wanted to stand up, find a hilltop and shout and scream. Because clearly rational argument, facts, logic doesn’t matter. Identity is still the only thing that matters.

Packing for Perth yet?

Zuma is the top dog of our politics. In July, Cosatu held its central committee (which is an immensely clumsy title for what it is, a meeting of its top brass between conferences). When Zuma came in to speak, there was silence. It was near absolute. No one said a thing, no one clapped – it was really quite a moment. It was a clear message, we don’t like you, we feel cheated, fix it.

And, to a large extent, he has. He has acted on the Arms Deal, Bheki Cele, Sicelo Shiceka and Oilgate. He has complied with the Public Protector’s recommendations, obeyed the courts, and generally behaved as a first citizen should.

Part of the reason he did all of this was to ensure his own political survival. And that’s my point. If he hadn’t done these things, he would be weaker than he currently is. It’s a sign that our democracy works. It’s imperfect. You don’t necessarily want God choosing your chief justice. But you do want a chief justice to realise when his time is up and that he should step down. You do want a president who reacts to democratic forces, and changes his behaviour as a result.

In short, our society is working. There is a huge outcry about the Info Bill, and everyone has an opinion on the issue. And government, the ANC, the national executive committee, whichever is really in charge, has been forced to take notice. The outcome isn’t certain just yet, but the fight is happening, there is a real contest.

This sums up our politics generally. It is becoming a more contested space. The DA is gaining, opposition parties are learning the art of working together, and that is good news. It has several effects. It pushes the ANC to think more carefully. It also forces it to be more disciplined – one of the reasons Malema is currently in so much trouble is because of what he’s said about whites. And the less action the ANC takes on those sorts of elements, the more it will be punished at the ballot box. Helen Zille calls it the “realignment of our politics”. She’s not wrong on that.

Jan Smuts once said that in South Africa, “the best never happens, and the worst never happens”. He’s been proved right so far. For us, for me, the best is certainly not happening. But the worst isn’t happening either. And I’m pretty convinced it won’t. We’re too big, too complex a country for that. We are not Zimbabwe in 1980. We have forces that move, compete, oppose, contest and, crucially, change. And will continue to do so.

So this Christmas, I’m reaching for another beer. It’s the right thing to do. DM