Africa for pessimists: 2011 in review

Africa for pessimists: 2011 in review 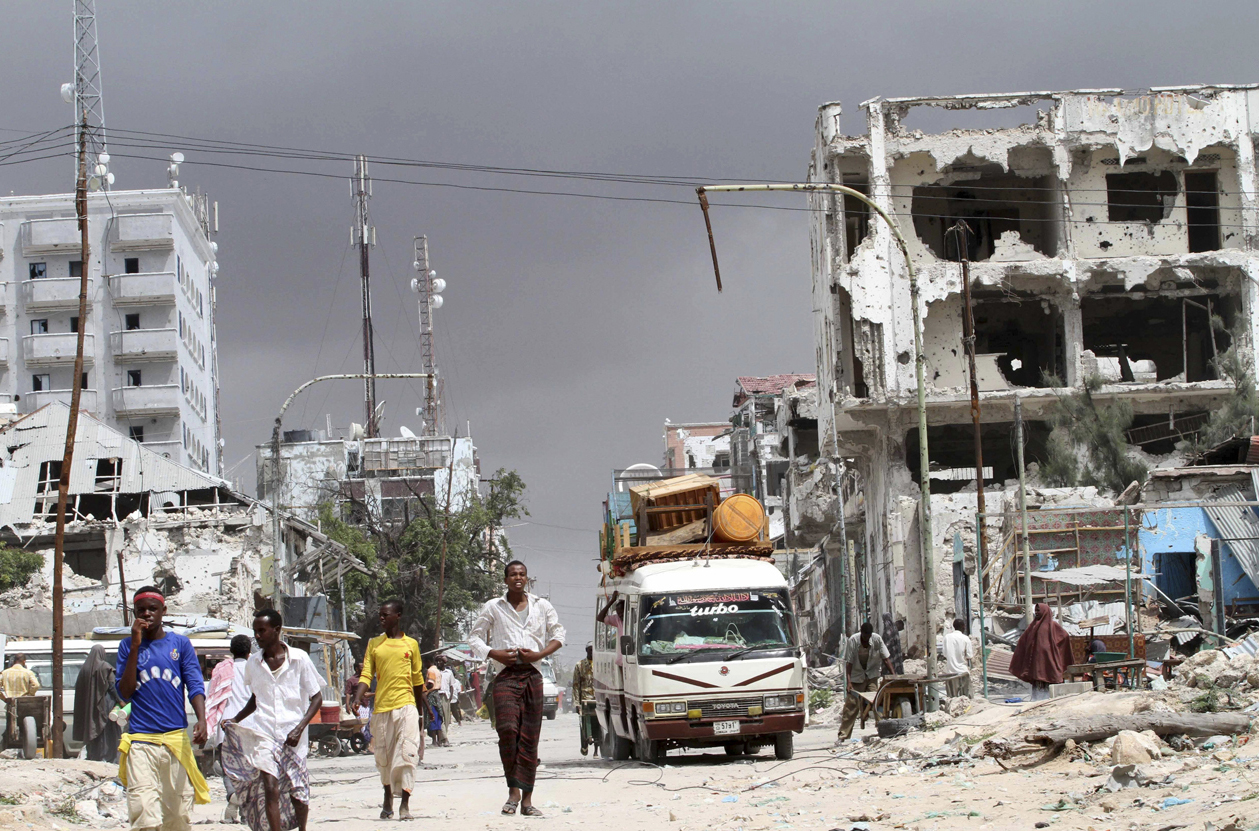 While there are plenty of signs that point to progress, there is a lot that is still going wrong in Africa. SIMON ALLISON looks at the five most troubling stories to emerge from the continent this year.

There are so many problems it’s hard to know where to even begin. There’s the famine which struck earlier this year, leaving tens of thousands in need of food aid. There’s the fact that the official government is actually in control of Mogadishu and little else. There’s Al Shabaab, the Islamist militant group, which has imposed highly conservative, Taliban-style rule on much of south and central Somalia. There’s the pirates that operate with impunity from Somalia’s beaches, preying on international maritime traffic. There’s the complete failure of the international community to recognise and assist Somaliland, the autonomous region which, despite the difficulties, has established a functioning economy and democracy. Somalia is about as close to a properly failed state as it gets, certainly in Africa, and it’s hard to see much progress being made in the near future. Having said that, 2012 could be a watershed year for the country. The African Union, pushed by Ethiopia and Kenya, is gearing up for a major intervention to wipe out Al Shabaab – by early next year there should be troops from at least six African countries under the auspices of the African Union Mission in Somalia. But their chances of success are slim. Somalis have not historically taken kindly to uninvited invasions from foreign forces, and Al Shabaab is already proving itself adept at guerrilla warfare. This intervention could be long and bloody.

Although the Libyan revolution succeeded, eventually, in getting rid of Muammar Gaddafi, it was qualitatively different to what happened in Egypt and Tunisia. Peaceful protests failed, so the revolutionaries started to fight – at first with whatever they had, and then later with the support of Nato warplanes. This bitter civil war ended relatively quickly, but the fallout from it is potentially destabilising to the entire region. In Libya itself, the interim government is having to contend with regional militias unwilling to hand over their weapons or follow instructions. There have already been clashes with government forces. Libyan weapons are also provoking concerns outside the country. In the chaos and confusion, plenty have been smuggled to other hotspots, such as Gaza and Sudan. In Mali, Tuareg fighters formerly loyal to Gaddafi are regrouping to launch an attack, even going so far as to create a new opposition group. So while the revolution in Libya might be over, the regional implications of what happened there remain unclear. What we do know is that none of these implications is positive.

2011 will be remembered as the year that Malawi’s president Bingu wa Mutharika showed his true colours. The year began strangely when he tried to fire his vice-president Joyce Banda, only to find that he was constitutionally prevented from doing so. Instead, he froze her out – scrapping her official convoy, not inviting her to cabinet meetings and expelling her from the party. This was all to make way for his brother and successor-designate Peter Mutharika. Then came the WikiLeaks scandal, where Mutharika took offence to unflattering description of him by the British ambassador in a leaked diplomatic cable, and promptly kicked the offending ambassador out of the country. Britain responded by freezing diplomatic aid. This, coupled with nationwide fuel shortages, proved the last straw for Malawian civil society, which organised a huge demonstration in July against Mutharika’s increasingly autocratic rule. The state response was brutal – 18 protestors were killed, others injured and still others arrested. Mutharika made it clear he was a despot rather than a democrat, and his actions since July have done nothing to change this perception.

Nigeria was just beginning to look like it was getting itself sorted out. President Goodluck Jonathan’s election in April went relatively well and he brought in a crack team to steer Nigeria’s economy in the right direction. The country was even setting up a sovereign wealth fund to try to benefit from its oil reserves. But not everyone was happy. Boko Haram, hitherto a relatively minor militant Islamist group in Nigeria’s north, launched a sustained terror campaign against the government. The northern city of Maiduguri witnessed daily bomb blasts or attacks on police stations, government offices and banks, with the violence spreading to other cities, culminating in the suicide bombing of the United Nations building in Abuja. Boko Haram, which wants to impose strict Sharia law on the country, was able to take advantage of high unemployment and seething resentment in the Muslim north over being ruled by Jonathan, a Christian southerner. Boko Haram was also helped by dissidents from within Jonathan’s ruling party, who were accused of funding the group to destabilise Jonathan’s government. So far the Nigerian security forces have been unable to stem the violence, and unless they can, and quickly, Nigeria risks descending into the all-too-familiar instability which has retarded its development for so long.

Côte d’Ivoire was another country that witnessed a seismic change in power this year, after President Laurent Gbagbo was dragged out of office by Alassane Ouattara, the man who beat him in this year’s election, some very shady militia groups connected Ouattara and a small but crucial intervention from French special forces. The post-election violence that preceded Gbagbo’s eventual capture killed more than 1,000 people and displaced at least a million. But Ouattara’s rule has been an object lesson in how not to heal a divided country. Despite preaching reconciliation, even setting up a South Africa-style Truth and Reconciliation Commission with footballer Didier Drogba as its star attraction, Ouattara has quietly overseen some very one-sided justice. Even though it is well-documented that atrocities were committed by both sides, nobody connected to Ouattara’s camp has been arrested. Gbagbo’s supporters, on the other hand, have been consistently targeted both by the judicial system and extrajudicially in the form of summary executions. Meanwhile, Gbagbo himself has been sent to The Hague to face the International Criminal Court. Not a bad move, but its timing was suspicious, coming as it did just a few days before parliamentary elections. Ouattara might have consolidated his power, but he’s done nothing to relieve Côte d’Ivoire’s underlying tensions. DM