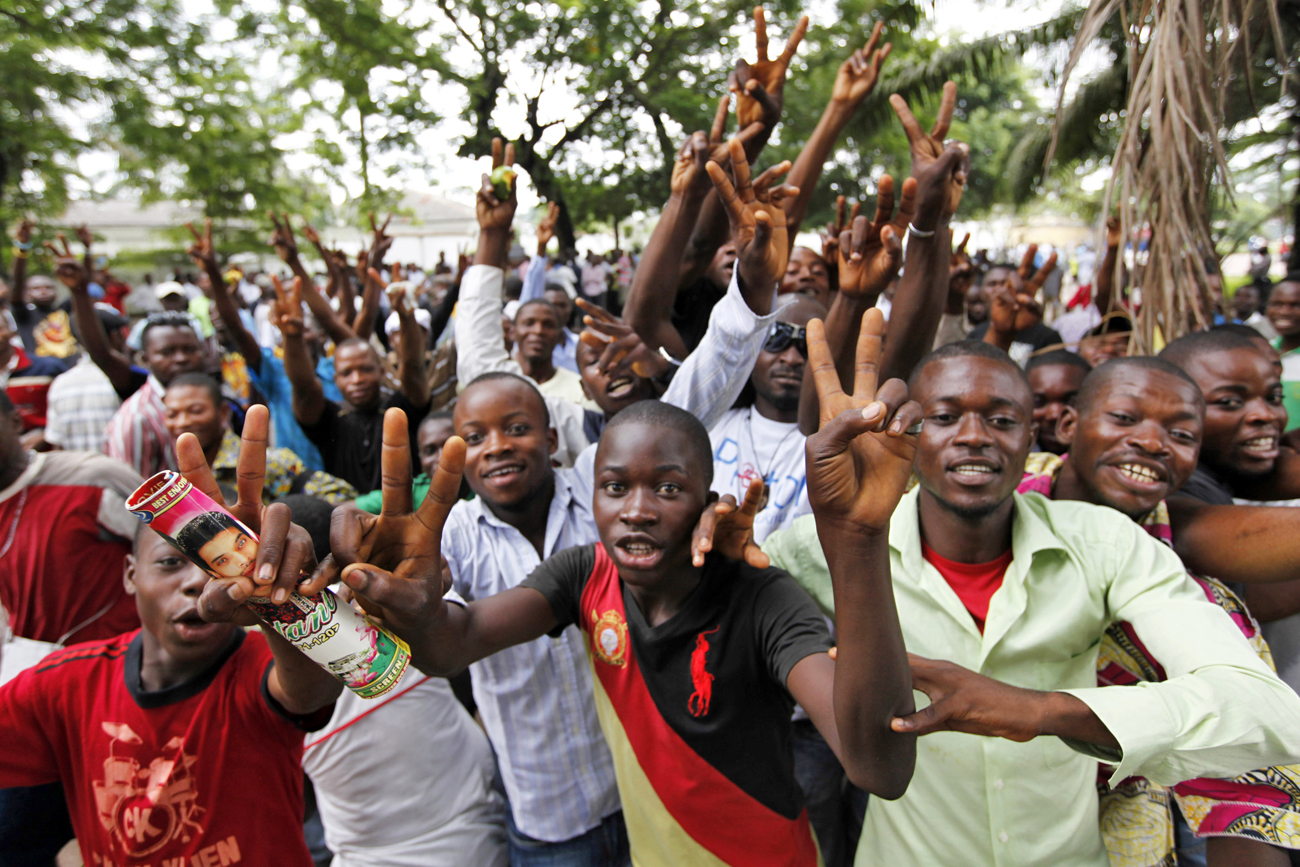 Protesters from the DRC have accused President Zuma of complicity in what they allege is electoral fraud in the recent election in the restive country. Supporters of opposition candidate Etienne Tshisekedi believe South Africa acted at the behest of western interests who seek to keep incumbent President Joseph Kabila in power to protect international investments in the mineral-rich country. By KHADIJA PATEL.

Suspicion of South Africa’s involvement in the DRC is not new, however. It is after all through its peace-brokering efforts that South Africa was able to brand itself as an African peacemaker. South Africa invested heavily in the Inter-Congolese Dialogue held at Sun City in February 2002, but this mediation effort was suspected to have been coloured by self-interest. South Africa has contributed peacekeeping troops, committed to the development of the DRC’s public sector and invested millions of rands and years of diplomacy to bring stability to the DRC.

This particular interest in the DRC has long been suspected of being a guise for securing lucrative opportunities for South African businesses.

While Khulubuse has shrugged off suggestions Zuma was personally involved in the “smash and grab”, South African diplomacy in the DRC does certainly aid such deals.

It is little wonder then that South African influence in the recent elections has borne intense scrutiny.

After a three-day delay, DRC electoral commission president Daniel Ngoy-Mulunda announced last Friday that Kabila had indeed won the election, but Tshisekedi rejected the results and announced himself as the country’s new president instead.

The Democratic Alliance has slammed the outcome of the DRC elections, likening the SADC response to “every Zimbabwean election since 2000”.  “If the South African government wants to regain the credibility its foreign policy has lost since the days of Nelson Mandela, it will use every international mechanism at its disposal to push for a democratic outcome in the DRC. Until then, it should not recognise Joseph Kabila as the rightful president of the DRC,” the DA’s shadow minister of international relations and cooperation, Kenneth Mubu said.

Spokesman for the department of international relations and co-operation Clayson Monyela vehemently denied the South African government favoured any particular candidate in the election.  “South Africa does not have a preference of leadership in other countries. We leave it to the people of DRC to decide who it is they want to lead their country,” he said.

“It is incorrect to say South Africa prefers one candidate over another. South Africa does not interfere in the internal affairs of a sovereign country.”

Amid warnings from international observers against the credibility of the results, Tshisekedi’s supporters continue to accuse South Africa of conspiring against the electoral processes to return Kabila to power.

Just days ahead of the presidential and parliamentary elections defence minister Lindiwe Sisulu’s motorcade was stoned en route to Kinshasa’s international airport. Sisulu had travelled to the DRC to sign off on all the responsibilities of the South African National Defence Force in the run-up to the election.

She commended the efforts of the SANDF in the Congolese election. “South Africans must be proud that our defence force is contributing in building and strengthening democracy on the continent,” Sisulu said.

Opposition supporters in the DRC have questioned the motive behind South Africa sending troops to the DRC during preparations for the election, rightly pointing out that war had not broken out in the country.

In response to this scrutiny the SANDF on Tuesday sought to clarify its role in the election. Speaking in Pretoria on Tuesday SANDF chief of joint operations Lieutenant General Derrick Mgwebi said it had been approached by the department of international relations and co-operation to transport ballot papers printed in South Africa to 13 transit points or hubs in the DRC.

While the total cost of the mission is yet to be revealed, the logistical support offered by the SANDF to the Congolese will come at great expense to South Africa. A total of 1,863 tons of electoral material was transported to the DRC on 39 flights. Among the various aircraft chartered by the SANDF was a Boeing 747. After South African electoral observers forwarded a request the defence force had to deploy additional aircraft.

Mgwebi  is confident the South African armed forces will not be asked to intervene in the event of a standoff between rival factions in the DRC. “In my view, having been there, I do not foresee a state where the DRC will be asking anybody to come and help. Remember they also have the Monusco troops there,” he said, referring to the United Nations peacekeeping mission in which South Africa has deployed more than 1,000 troops in the eastern part of the country.

Fritz Nganje a researcher at the Institute of Global Dialogue, cautions there remains a great degree of uncertainty over the DRC. “It is difficult to see how this will end,” he said.  Nganje believes there has been nothing untoward about South Africa’s logistical assistance to the Congolese during the election. “Due to the high-stakes nature of the poll, irregular behaviour can easily be misinterpreted,” he said.

Nganje believes allegations of South African tampering in the DRC elections are illogical. “Logically, South Africa will seek stability to ensure the safety of economic interests,” he said. According to him South Africa failed the Congolese people by not fostering dialogue between rival political factions ahead of the election to ensure a free and fair electoral process.

“The biggest losers are the Congolese people.” DM