The alliance, Cosatu and the Constitution

The alliance, Cosatu and the Constitution 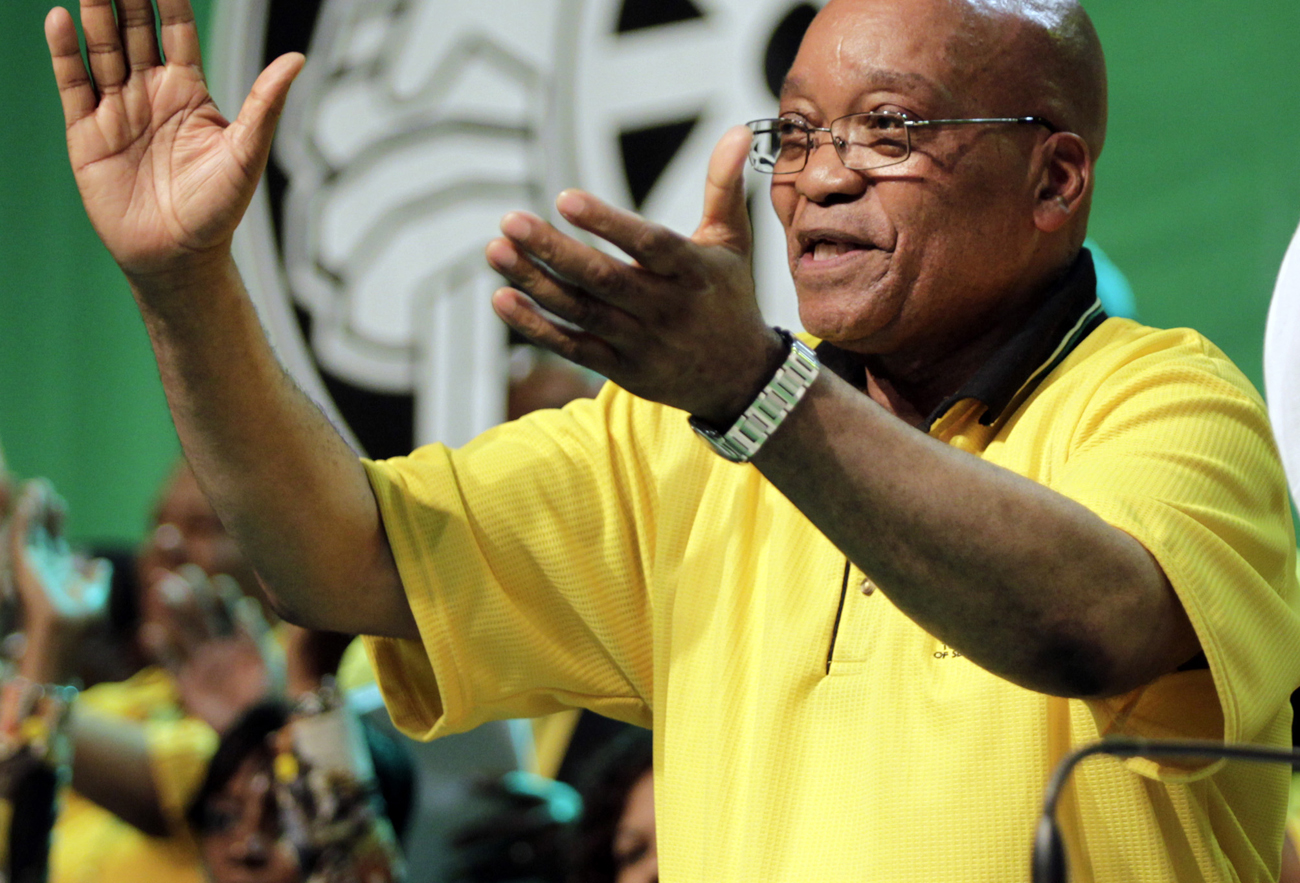 Any serious holiday conversation about politics has several questions that keep returning. One is how long the alliance between the ANC, Cosatu and the SACP will survive. It follows just after “Will Zuma get a second term?”, “What will happen to Malema?” and “When will the DA have a black leader?” By STEPHEN GROOTES.

The alliance question is a perennial one because it matters so much. Should the alliance split, our politics would see open public competition, instead of the buying each other off in smoke-filled rooms that happens now. Over the last month, there’s been a fundamental change in the answer to this question. And, trust us on this, it matters.

The short, snappy, smart-arse answer to the question of when the alliance will split – note the “if” not “when” –  is when the interests of Cosatu’s members are sufficiently divergent from those of the ANC. The SACP doesn’t really come into this. We’re only interested in serious players here (Stephen! Manners – Ed). So from 1994 until now, their interests have been quite similar – freedom from oppression, a transfer of wealth (rather than its creation, it seems) and transforming the country from the security state it was to a place of liberty and choice.

The fundamental starting point for much of this was the Constitution. Everyone was proud of it. Everyone within the alliance agreed it was “very much a good thing”. However, over the last few months, we’ve seen the Zuma strand of the ANC seeming to want to play around with it, to rule with a heavier (and certainly less deft) hand, to simply start the discussion about “majoritarianism” and “narrow constitutionalism” and to make comments that perhaps the Constitution is “only kind of a good thing” and should be amended to reflect (their) reality. ANC national working committee member Ngoako Ramathlodi was the first to publicly say it. Zuma has been talking about how the judiciary should not intervene in the affairs of the executive, while ANC secretary general Gwede Mantashe has been making similar noises. And, of course, we have the appointment of Chief Justice Mogoeng Mogoeng, which hasn’t calmed things down.

All of this leads to fears that, actually, we’re not too far from the day when the ANC in government simply refuses to follow a court order, or when it is able to just pack the court with people it believes will do its bidding. In short, the fear is the ANC will use its majority in Parliament to rule over everyone because it got the most votes in the last elections. No checks or balances, no consideration, just rule.

Now, look at what Cosatu has been saying of late. This is not just about words of support, or empty-gestures that mean nothing and can be very ambiguous. For them, the courts and the Constitution are about something else. For a very simple reason. They plan to use the courts to stop the ANC government from doing two things they don’t want.

Cosatu’s central executive committee has been adamant that it simply will not accept the Protection of State Information Bill in its current draft. And they are equally strident, angry and frustrated at the plans to toll Gauteng’s highways. In both cases they have – without being asked, coaxed or cajoled by hacks – come out and said they will go to court to stop both plans being implemented.

In the case of the Secrecy Bill, it’s about the unconstitutionality of the proposed law. With the highways, Cosatu simply believes, as do we, that tolling an existing road without full and thorough consultation must be illegal. But the highways are just a normal getting-governance-wrong screw-up. The POSIB, however, is a clear example of where the ANC has shown it has the numbers on its side (in Parliament anyway), and thus should be able to make this bill a law. Its consultation exercises were supposed to indicate mass support. Of course, it didn’t work out that way.

But these are both pretty fundamental issues. Either there’s a public-interest clause in the bill or there is not. Either there are tolls on the highways, or there are not. Cosatu is taking it further with the roads, calling for civil disobedience should the plan ever be implemented.

In both cases, it’s Cosatu calling on the courts to protect it from the ANC. In both it’s about whether a constitutional democracy is better than a democracy, because it protects the minority from the tyranny of the majority. And they’re worth fighting over as well. Cosatu knows its members will suffer if the roads are tolled, and it won’t be able to do its job as a union if whistle-blowers are silenced.

As an aside, one of the architects of the Constitution, Cyril Ramaphosa, wrote in Monday’s Times that “Never again will courts rubber stamp or stand helplessly by while unjust laws are made to take away peoples’ rights, to detain and torture and deny them their dignity. Now judges are champions of the people, testing the actions of the legislatures and the executive against the fine standards we have set ourselves in this Constitution.”

Notice the line “judges are champions of the people”. It’s strong stuff. In today’s South Africa where judges are often considered “counter-revolutionary”, it could be a real shot across the current ANC leadership’s bow. Of course, one of the people who wrote the Constitution is always going to back it, even 15 years after it was signed. But still, he’s doesn’t have to write it like that. And don’t forget, Ramaphosa comes from… the trade union movement. Incidentally, Ramaphosa spoke briefly on this subject at a celebration at Constitution Hill on Sunday. (No he didn’t take questions about Malema). And interestingly, the person who lit the “ever-burning flame of democracy” was the deputy president, Keyser Söze himself, because the President was out of the country. Conspiracy theories in the comment section, please.

It must be pointed out, despite the fact we’re in holiday mode, the point of fundamental divergence of interests between Cosatu members and ANC members is still some way off. But if you are going to disagree over something, make it something fundamental. And the Constitution is about as fundamental as it gets. DM