As POIB protests go international, Sweden talks about the fruits of freedom 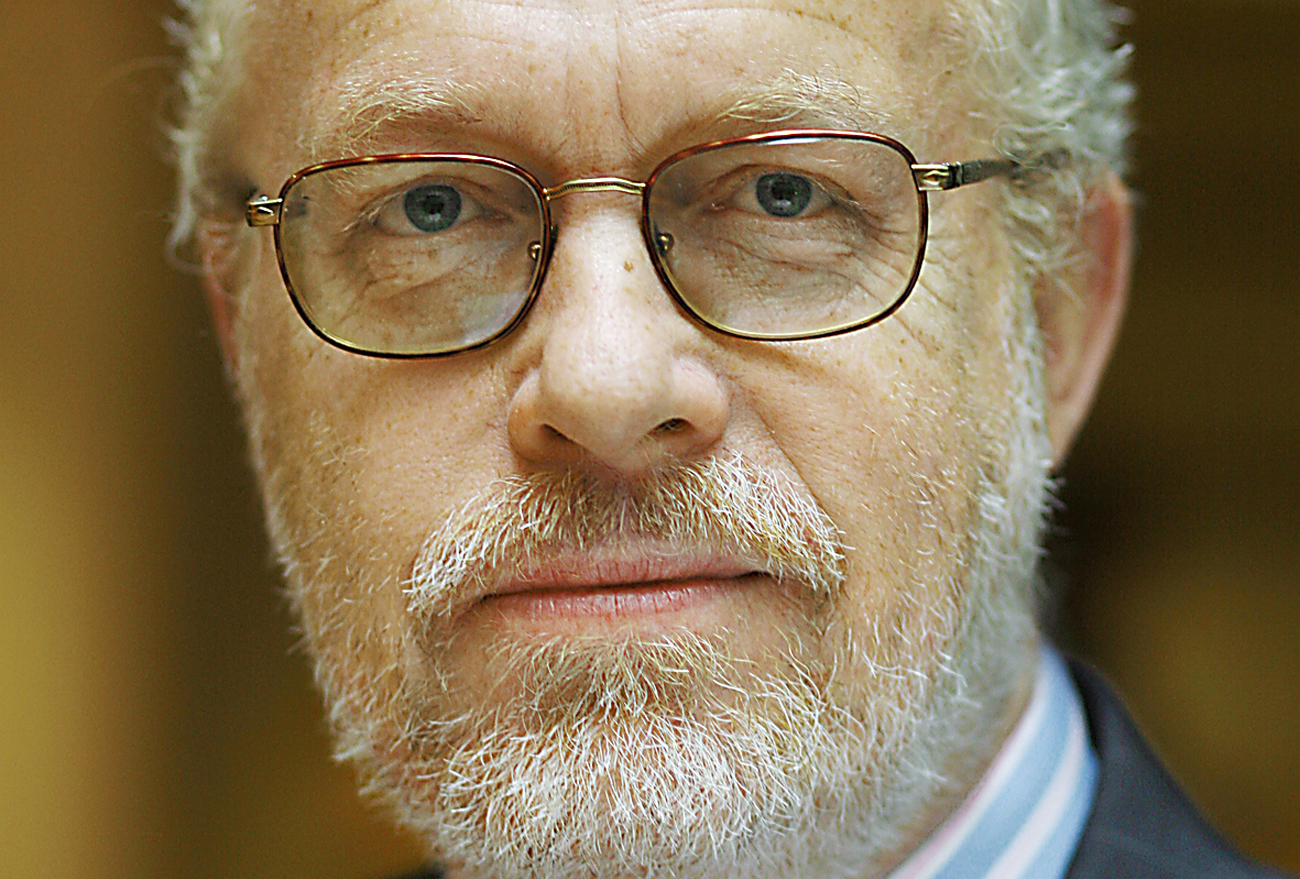 Sweden regularly tops the media freedom and transparency indices, and is one of the most politically stable, economically prosperous and ethically staunch countries in the world. MANDY DE WAAL speaks to Peter Tejler, Sweden’s ambassador to South Africa, about its rich heritage of open access to information.

“I have not here concerned myself with whatever a dignitary of the state has done or wants to do, but only with the evil he is able to do, with the support of the laws, if he wants to do it. And that is not at all how the laws of a free people should be constituted.”

Spoken almost 240 years ago by Swedish freedom-of-press fighter, Anders Nordencrantz, those words have so much relevance to South Africa today – where the ruling ANC party used its Parliamentary majority to ram the Protection of State Information Bill and has pushed the country into unprecedented media protests against the “Secrecy Bill”.

The words damning the evil of which politicians are capable, were given voice in the Swedish parliament in 1766 – less than a hundred years after Jan van Riebeeck arrived in the Cape – when the world’s first Freedom Of Information Act was legislated in that country. The act itself is just as remarkable, and when you read the words of “His Majesty’s Gracious Ordinance Relating to Freedom of Writing and of the Press (1766)” issued in Stockholm in December that year, what’s evident is the sagacity and foresight contained in an act close on 250 years old which today is a benchmark of access to information for all democracies.

The act speaks to the “great advantages that flow to the public from a lawful freedom of writing and of the press” and states that “unrestricted mutual enlightenment… promotes the  development and dissemination of sciences and useful crafts but also offers greater opportunities to… improved knowledge and appreciation of a wisely ordered system of government.”

That law upheld freedom of information as being one of the best means of improving morality and promoting obedience to laws when abuses and illegalities were revealed to the public by the press. When the law was passed, Sweden abolished the office of the censor and made authors responsible for the texts they published.

Sweden’s constitutional support for the right to know and for people’s rights to official documents have seen the country become a model for open access to information and elements of this law have been often “borrowed” by many countries where media freedom is  judicial practice.

Swedes owe much to a visionary by the name of Anders Chydenius for their open information and free media heritage. Often referred to as the ‘Adam Smith of the North’, Chydenius (1729 to 1803) was an outspoken priest-cum-politician who was a fierce defender of freedom human rights.

His view was that human rights, freedom, democracy and equality were the only routes to progress. A classical liberal, the writer and early civic activist believed that ensuring human rights and freedoms were the only way to realise happiness for all in society. Chydenius believed economics should benefit “the little people” and not the rulers or aristocracy of a country.

“Interestingly enough Chydenius was a Finn, and not even Swedish,” says Peter Tejler, the Swedish ambassador to South Africa. “Chydenius was one of the driving forces behind the legislation that was adopted in 1766 and he had strong support from the opposition which realised that a free press was a good thing, although this wasn’t necessarily favoured by the party in power.”

Tejler says in the 18th century Sweden’s civic society played a strong role in assuring media and information freedoms. This continued into the next century, “In Sweden in the 1800’s civil society and what we now call NGOs placed crucial roles which led to the situation we enjoy today. Although the act was challenged in the past, today no one questions the basic tenants or why Sweden must have media freedom or open access to information. It is widely understood as necessary to check power. That is the centre of it. That power needs to be controlled, checked and scrutinised,” he says.

“If you look back along the trajectory to Sweden today, it is very clear. Arguably Sweden ranks as the best in the world when it comes to media freedom and access to information laws,” says Tejler.

Sweden repeatedly tops Reporters Without Borders Press Freedom Index and is called an “engine of press freedom” by the organisation. Sweden was given a 9.3 score out of 10 in the “Corruptions Perceptions Index” published by Transparency International. Ten is a perfect score, and only New Zealand, Denmark and Finland scored higher than Sweden.

By way of contrast South Africa scores 38 in the Press Freedom Index, and is falling fast. In the transparency stakes this country scored 4.1 out of 10, which sets it somewhere in the middle between Cuba, Turkey and China. The corruption index measures perceived levels of public sector corruption.

Sweden’s media landscape is populated by national, regional and local media that are fiercely investigative and aggressively vocal. There’s a strong contingent of public and private broadcasters, and access to international media via satellite. “Then, of course, there’s social media and Sweden is a Twittering society,” says Tejler. “Politicians are a strong part of this world and a couple of ministers who have their own blogs. We even have a foreign ministry blog to which we are encouraged to post.”

Another interesting aspect of the law is that publications distributed more than four times a year have to designate a legally responsible editor that is accountable for what is published in his or her medium. “The onus is not on the journalist or the owner, but on the editor who must accept responsibility in writing,” says Tejler. “This creates strong independence where investigative journalists are not held responsible for what they publish. Yes, editors can demand that investigative journalists do more research or clarify stories, but at the end of the day the editor alone is responsible.” The editor also has the right to tell a media owner not to interfere with what is being published, entrenching independence.

“In my view this creates the framework of the rules of the game. We also make a distinction between public and private individuals. Public individuals need to bear more than private individuals because of their role in society, so when it comes to the matter of media redress it is understood that public personas need to endure more.”

Tejler says open access to information and free media aren’t there to make government’s life easier. “You have to scrutinise those who spend the tax payers’ money, and it shouldn’t always be easy. There must be some kind of contention between politicians and journalists and an understanding that the media has the right to scrutinise – something that is well accepted in Sweden.”

But what of Sweden’s role in South Africa, particularly as it relates to the Secrecy Bill and the ANC? “Rather than trying to say what is good or bad with regards to media freedom in a country, we try to explain why Sweden is convinced about the advantage of free media and access to information. We show how it is good for democracy, for economic development and how it enables voices to be heard in the public debate,” says Tejler.

“But it is important to remember that we have a relationship with South Africa, and not the government of the day. We have been following the Secrecy Bill, we have been discussing it, and we note the debate taking place here. For us it is important to explain our conviction and why it is good to have a society where there’s a strong commitment to openness, press freedoms, transparency and open access to information and to independent media,” says Tejler, referring to a recent visit by deputy president Kgalema Motlanthe to Sweden where he met with his counterpart, Jan Björklund.

“They talked about the thinking behind the bill and we expressed how we look at open media and access to information. That is how we would act.” When we asked the ambassador whether his country would lobby ours over the Secrecy Bill, he smiled broadly and said: “Lobbying is what you do, what South Africans need to do. It is your government and you need to bring about the change you want in this government.”

Now is when we need our Anders Chydenius to stand up and lead the charge for freedom and open access to information in South Africa and an end to our plunge into darkness and ignorance. DM