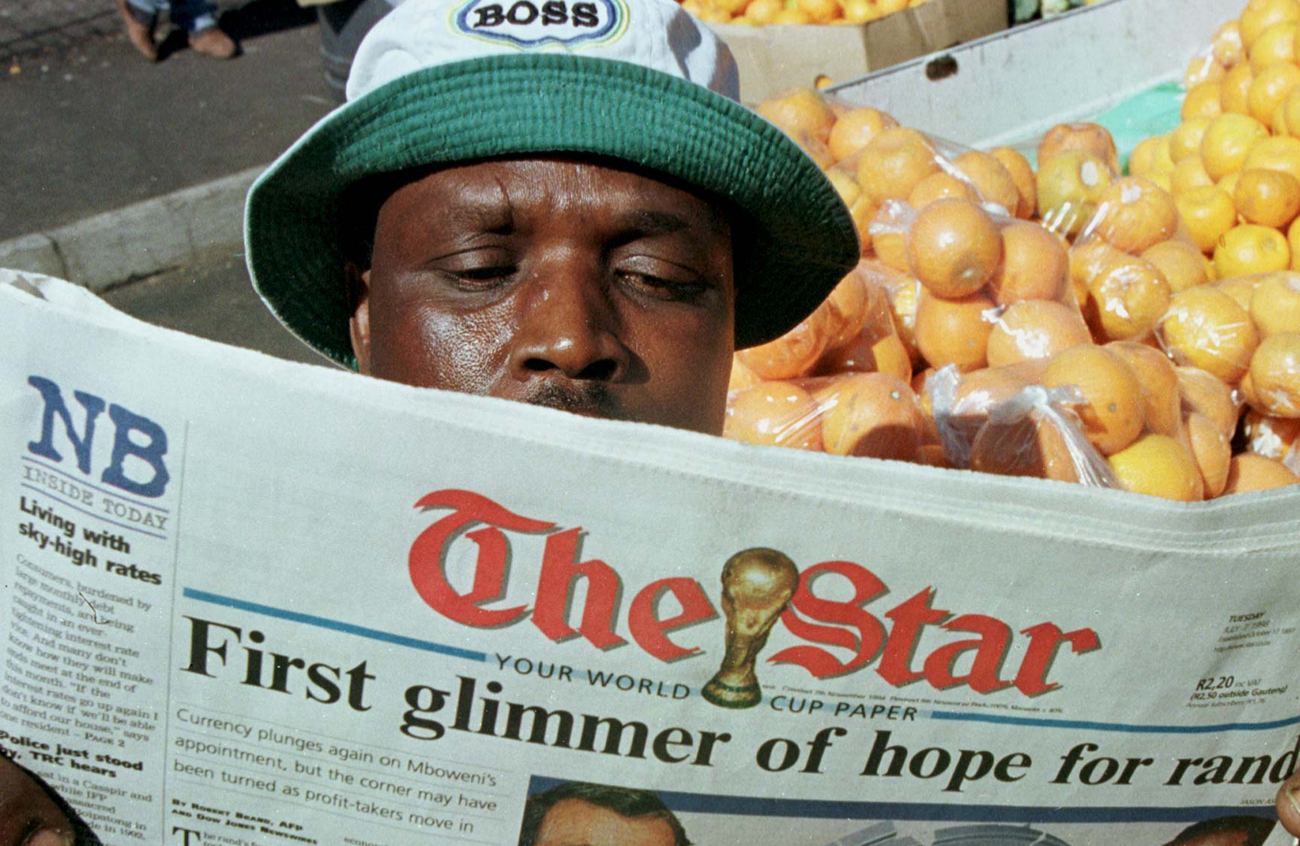 When the DA received a letter earlier this week inviting it to advertise in Independent Newspapers' special feature on the ANC's centenary, it kicked up a bit of a fuss and laid a complaint with the press ombudsman. But as the special feature is advertorial and, says editorial director Moegsien Williams, advertorial is clearly marked as such, the DA's had no joy on this one. By THERESA MALLINSON.

On Tuesday the DA received a letter from IN, inviting the party to buy advertising space in “a special feature on the African National Congress who[sic] are celebrating their[sic] centenary in 2012”.

The DA’s response was scathing. “It is deeply ironic that Independent Newspapers would choose to run an advertising feature glorifying the ANC when the very same party is attempting to shut down the free press. This is what you might call a case of feeding the hand that bites you,” read a press release by DA leader Helen Zille. The DA’s main concern with the special feature is, “the one-sided promotion of a political party is not okay. It violates the very principles of independence all media should adhere to.”

The crux of the matter here is the distinction between editorial and advertorial (advertising made to look like editorial). The latter is paid for, the former not. For this distinction to be maintained, advertorial should always be clearly marked as such, so readers understand they are being presented with paid content.

As the DA noted, the original letter, sent on a letterhead featuring both ANC and Independent Group logos, was indeed a “glowing endorsement of the ANC”.

“Being able to boast existing for a 100 years is a privilege reserved for a very few entities. The ANC has successfully and literally seen the world change and weathered the storms that change normally brings. The proposed feature serves to act as a great opportunity and platform to showcase the milestones reached, challenges overcome and successes enjoyed by the African National Congress… Our aim is to enlighten, educate and inform our readers of all that the ANC stands for and not only from a political perspective, but as a principle-based way of life.”

Such PR spin is pretty standard hype for advertorials, and the same tone would no doubt have been applied were the Independent Group soliciting advertising for a supplement about any other political party, or a private corporation. It’s advertorial, not editorial endorsement. However, initially referring to the anniversary supplement as a “special feature” does mean it’s an advertorial isn’t immediately crystal clear. But further in the letter, it states: “This well-timed feature promises to be an outstanding advertorial, marketing and branding opportunity, and a valuable source of information to our readers.”

Since Zille’s statement, Williams has clarified the “special feature” will be run as advertorial, presumably paid for by the ANC and the  companies/individuals who would pay for individual ads congratulating the ruling party. “The planned ANC centenary supplement is similar to the many supplements our commercial departments publish regularly to commemorate or mark events or anniversaries of corporates[sic] and other organisations,” Sapa quoted Williams.

To be fair, South African media don’t always mark advertorial as strictly as they should to distinguish them from editorial. But given the fuss that has been kicked up around the ANC’s centenary supplement, we’re pretty sure IN will ensure a strict demarcation is maintained in this case. Williams told Sapa: “We have and will always defend our editorial integrity against any undue commercial, political or any other interference or influence,” he said. “We value our readers’ interests above all else and are sensitive to their diverse views. This is the main reason why we will not promote political parties on our editorial pages.”

The ANC itself came out with a garbled press statement, reminiscent of a Youth League-style rant. Between calling Zille “paranoid” and “fool hardy”[sic], it tried to make a cogent point. “It is more shocking and disturbing that Helen Zille, a former journalist, cannot draw a distinction between an advertorial and editorial policy,” read the statement.

Deputy press ombudsman Johan Retief said his office “had no mandate to act… regarding advertisements – our concern is with editorial copy only”. He also noted that the ombudsman could not act “prior to publication – the decision to publish is in the editor’s hands, as it always should be”.

However, the DA is not convinced it is barking up the wrong tree on this one. Zille’s spokesman Pierre Charl du Preez told Daily Maverick he had spoken to Zille about the matter. “Her comment, is… that we are going to put the original messages from the ANC and the Independent on our webpage and we are going to allow readers to judge for themselves whether that’s something an independent newspaper group should do.”

Du Preez claimed the ANC centenary supplement “seems to be falling into a bit of a grey area”. He questioned Retief’s decision, and said: “We’re not convinced that the ombudsman is right; we disagree with him. There’s clearly a problem in our minds about the independence of the press.

“If you read Section 3.1 (of the Press Code), it doesn’t say anything that it has to be editorial, it says ‘any action’,” said Du Preez. Section 3.1 (Independence & Conflicts of Interests) states: “The press shall not allow commercial, political, personal or other non-professional considerations to influence or slant reporting. Conflicts of interest must be avoided, as well as arrangements or practices that could lead audiences to doubt the press’s independence and professionalism.” Futhermore, Section 3.4 states: “Editorial material shall be kept clearly distinct from advertising.”

As long as the ANC centenary supplement is clearly marked as advertorial, IN is fully compliant with the Press Code. We’re not sure quite which legal steps the DA could potentially embark upon.