Heath tanks, Mbeki's back; it's your move, Mr Zuma 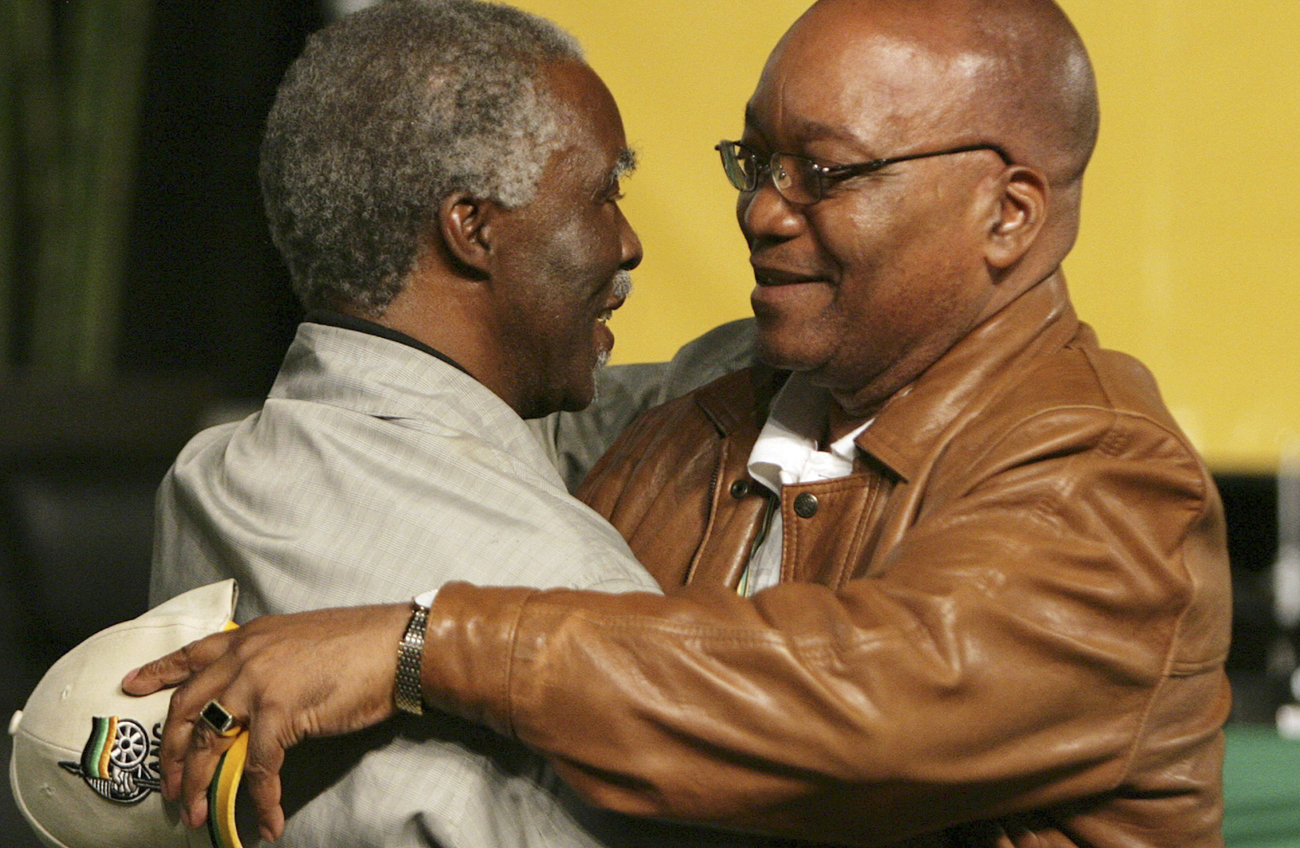 To watch an angry Thabo Mbeki in full flight is one of the great dramatic scenes of our politics, that huge brain purring away as it works out how to best to respond – the needs for short term reaction and longer term chess-plotting being balanced out. On Thursday he released a statement in response to Special Investigating Unit head Advocate Willem Heath's claims against him. The claims by Heath are startling, Mbeki's response was expected, and probably necessary. But the real actor in this is President Jacob Zuma. And he will probably, in the long run, have to act against Heath. STEPHEN GROOTES looks at the tea leaves.

Last weekend, the City Press newspaper published an interview with Willem Heath, by its well-respected journalist Adriaan Basson. In the interview, Heath claims that former President Thabo Mbeki was somehow responsible for the Zuma rape trial, and that the conviction of Schabir Shaik was unsafe and unsound. Now remember, the Shaik verdict went through the Supreme Court of Appeal and the Constitutional Court. In the end, 16 judges said he was guilty. So Heath’s comments really were astounding. It begged Mbeki to respond, because otherwise, these kinds of conspiracy theories have a habit of sticking around. Particularly when Zuma is involved.

On Wednesday Zuma gave an interview to the SABC in which he said that he was seeking legal advice from the justice ministry about Heath’s comments. This from a man with a habit of selecting the wrong people for the big jobs, and sticking by them come hell or high water. So clearly something about the Heath interview bothered him.

On Thursday morning, Eyewitness News was able to get a very brief comment from Heath himself on the sidelines of an anti-corruption conference. Heath said simply “I don’t want to talk about it… but I have spoken about this with the authorities… I wouldn’t want to accept responsibility for the full report”. One presumes he means the full City Press report. As it happens, it took City Press not very long at all to get their recording from that interview, and make that public too.

Meanwhile Mbeki released his statement. He says Heath’s comments are “malicious… and devoid of all truth”. That was expected, but necessary for him to say. But the fun part is that he’s asking government for evidence to back up Heath’s claims, because “they are made by the head of the Special Investigating Unit, a critical organ of our criminal justice system”. And this is where he gets to turns the screws on Zuma, without being seen to do so publicly, and appearing all the while to be the reasonable man in this episode.

It is surely understandable that a former head of state would feel aggrieved that someone recently appointed by a successor would accuse him of breaking the law. It could even be the first sign of some kind of prosecution of Mbeki. So it’s perfectly natural for him to act. And he won’t specify what kind of action he wants Zuma to take; it’s not befitting a former head of state to tell a sitting president what to do. Especially given their history.

But it does mean that Zuma has to do something. If he does not, it looks like he’s appointed an idiot to “one of the crucial organs of our criminal justice system”. It also looks like Heath would have less than Zuma’s full support, with all the attendant speculation that would bring. Zuma could sack Heath, but that would look weak. To lose one’s National Director of Public Prosecutions could be unfortunate. To lose one’s SIU head a week later may look careless. Probably the best option here is to ask Heath to resign, but make it look like it was Heath’s decision.

Heath would have something to lose though. He seems to have some gusto for public life, and this could be his last shot at that. If he goes now, he will never work for government again. He can presumably make a vaguely comfortable living for himself with his forensic investigation firm though. And if it’s true that his appointment came as a surprise to him, then he will simply be back where he was 10 days ago.

But there’s another far more interesting reason for Zuma to act now. If we accept that Zuma’s main motivation, like most heads of state, is to stay in power, it’s what happens within his own party that really matters. And while the DA may have qualms about Heath’s comments, and be mulling over its own legal challenge, there will be people within the ANC who are also worried.

What kind of a signal does it send when an ANC leader with his hands on the levers of state power appoints someone who appears to be his legal bulldog to a position that could be of the utmost usefulness a year ahead of a leadership conference? Heath worked for Zuma. Zuma is now in charge. This would be more than payback; it’s about putting someone he trusts, who will do his bidding; Heath’s agenda could easily turn out to be focused on “special investigations” Zuma wants done. It can make everyone who might be opposed to Zuma within the party feel a little worried. Even those who back him now but think long term (yes, there are many) would be concerned.

And then there’s the timing. Next year, in case you hadn’t noticed, the ANC turns 100. And to celebrate, its presidents, current and former, living and deceased, each get a month devoted to them. November is Mbeki’s month. One of the main political aims of the ANC’s 366-day jamboree is to promote party unity. It’s easy to get everyone to agree that the party has a glorious past, and pretty difficult to get everyone to agree on say, “jobs” or “decent work”. To have someone who can be portrayed as Zuma’s henchman at the SIU sprouting what seems like threats against a former leader could well derail that whole project. Or at least do some serious damage.

So Zuma faces some tricky political problems. And once again, they appear to be of his own making. Heath already had a reputation for approaching his job with enthusiasm, but for not having the most disciplined of tongues. Now that he’s shot his mouth off so spectacularly, the best option for Zuma will be to let him go. Preferably on the 15th of December, when nobody’s looking. And that will give him a whole month or so to find a replacement. One who is a little more disciplined, who knows when to speak and when not to. Willie Hofmeyr is probably available. DM