Oilgate, Motlanthe and Sexwale: Much ado about nothing

Oilgate, Motlanthe and Sexwale: Much ado about nothing 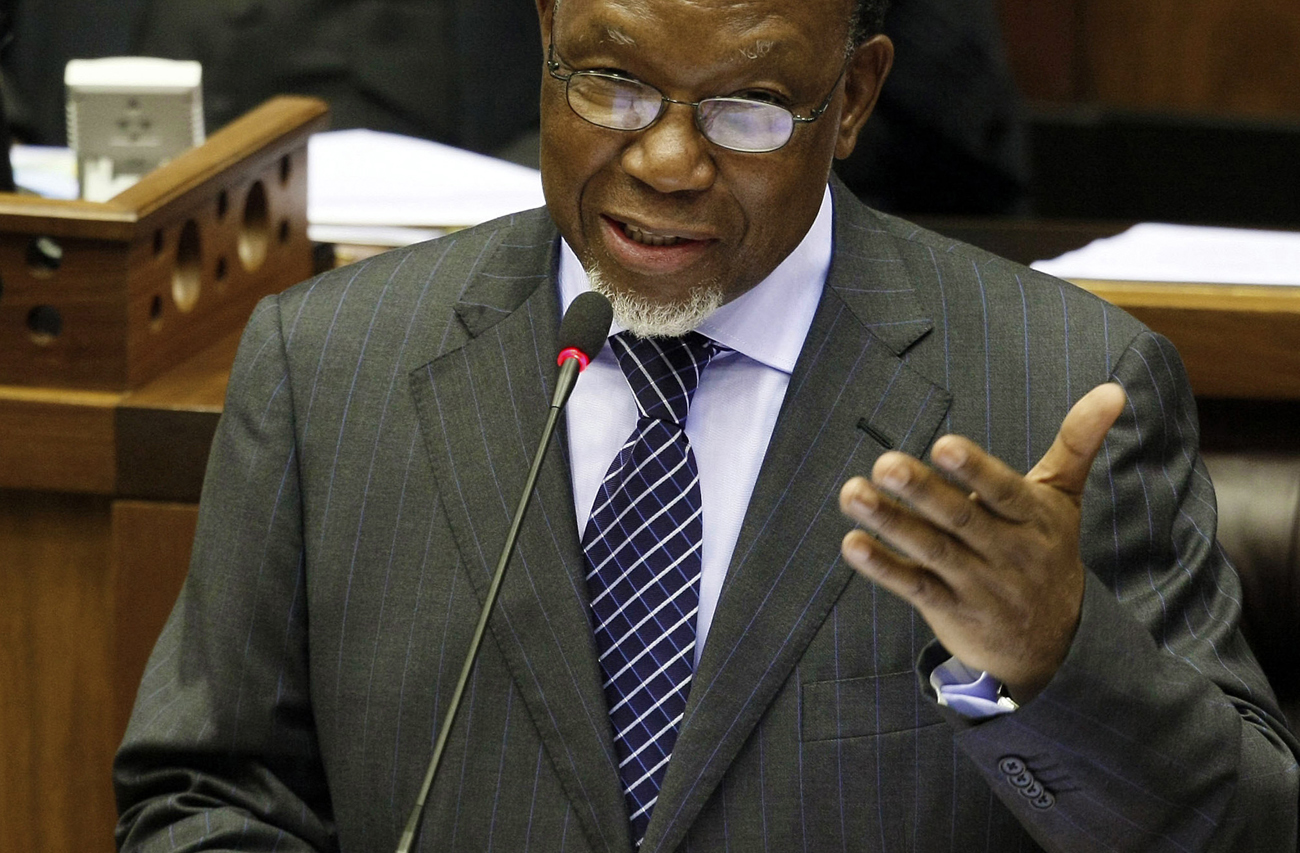 The presidency has released the Donen Commission Report into the “Oilgate Scandal”. Or, if you prefer, the investigation into whether South African laws were broken during the United Nations Oil for Food scandal. It's long and complicated. Feel free to read it yourself. Or let STEPHEN GROOTES do it for you.

Oilgate is like a mini-Arms Deal; it hangs around. It started so long ago that no one really remembers how it began, but it sounds bad – and occasionally you hear a reverberation that seems to have a massive resonance to our current situation. It is one of those never-ending scandals that allow some among us to lump everyone in the ANC in a “they’re bad” camp. Well, unfortunately, it’s actually a lot more complicated. But we’ll start with the recent history, and then go back.

In November President Jacob Zuma announced that he would release the Donen Commission Report into whether any laws were broken in South Africa during the United Nations sanctions on Iraq and the Oil for Food Programme. At the time, we – and I include myself in this – immediately pounced and suggested Zuma’s decision was really related to politics future, rather than politics past. Because the conventional wisdom has always been that Kgalema Motlanthe and Tokyo Sexwale were involved in Oilgate, we claimed that this was a move to take them out of the running for Mangaung. I think now, upon reflection, and speaking only for myself, and based on the Donen report, that I might have been wrong.

Now for the real backstory. After Saddam Hussein’s invasion of Kuwait, the UN imposed sanctions on Iraq. Then they were allowed to sell oil, for cash money, through a scheme monitored by the UN. Countries were given allocations, and companies from those countries were allowed to buy the oil. At some point Motlanthe went to Iraq, partly to broker these deals. Before you jump to conclusions, we had warm relations with the country; he was ANC secretary-general and it wasn’t the evil deed that it might sound like. Sexwale, meanwhile, was a director of a company called Mocoh Trading. It got a few contracts under the Oil for Food Programme.

Then president Thabo Mbeki decided, in 2006, to investigate. Part of the reason was because there was a storm about how part of this cash was funneled through a South African company called Imvume and the parastatal Petro-SA into the ANC’s bank account. Just before the 2004 elections, when it really needed it. Advocate Michael Donen was the commissioner leader. He started to investigate. But just as he was about to start taking oral testimony, one of the people he was looking at went to court and said he didn’t have the power to subpoena. At the same time, the commission’s operating time was up, and Mbeki decided not to prolong it. So it ended there.

All that was left was two reports, and a letter. The reports, and we must stress this, are interim reports. They are not final reports. In 2009 it was reported that Motlanthe and Sexwale were named in alleged wrongdoing by the commission. Independent Newspapers then started legal proceedings to see the reports. And just when things were getting interesting, we hit November, and Zuma decided to release them.

So finally, they are now in the open.

You would think that a report about the international arms trade, sanctions busting, Iraqi dictators and former Robben Islanders would make for fascinating reading. You would be wrong.

Much of the documents (+-250 pages of them) is taken up with an analysis of an earlier probe. The United Nations had conducted its own investigation, and that evidence is obviously the focal point of this commission.

Let’s start with Motlanthe. The UN investigation, led by former Fed Chair Paul Volker and including one Judge Richard Goldstone, suggests, when referring to him, that Motlanthe “probably knew of the conspiracy”. The “conspiracy” relates to the paying of bribes, or surcharges as they were called to the Iraqis to secure oil. This was a scheme by the Iraqis to drum up more cash; the surcharges were paid above the oil-costs agreed to by the UN. However, Donen says, “The apparent response of Motlanthe, upon first being informed of the surcharge levy, was one of indignation”. He was under the impression he’d been on a political mission to help lift the sanctions on Iraq (politics being what it was at the time). There is more evidence that he wrote a letter to the Iraqis expressing this indignation.

Donen says the only reason he investigated Motlanthe at all is because of the UN inquiry’s comment. Without it, Motlanthe would not have been a person of interest. And he goes on to say that that reports “casts an unambiguous innuendo on Motlanthe”. Donen’s pretty annoyed with the UN for this; he sees it as completely unwarranted.

Sexwale is slightly more complicated. He was, well, duped. There was an international oil trader, certain Mr Hacking, who essentially used his name and his prestige. They set up a firm together to trade this oil. Sexwale believed this company was getting part of South Africa’s oil allocation and the oil could come back here. Instead, his business partner took the oil and sold it to someone else. So South Africa’s allocation went elsewhere. In short, Sexwale was exploited. And he didn’t really know that this was happening. It’s tempting to have a good kick in his direction here. But, in his defense, he hadn’t been in business long at the time, and he wasn’t the only one duped in this way.

In all, the report doesn’t have too much to say about Motlanthe and Sexwale; their names appear only a few times in what is quite a long series of documents. Much of the report is taken up by an examination of the different roles various firms played. Except that none of them are based in South Africa, and as a result, cannot be prosecuted here. In the recommendations, the report says our law needs to be tightened up so that we cannot be used for sanctions busting again. It sounds easy, but it’s not. Our customs officials are not world-renowned for their efficiency at the best of times, and stopping South African flagged ships on the high seas is going to be complicated.

What about the letter, you may ask. It was written by Donen after the media reports emerged claiming Motlanthe and Sexwale were accused of wrongdoing. He wrote to the presidency, helpfully indicating which parts of his reports cleared the two. It was a brief idiots guide to his report, to help them respond. Nothing more to it than that.

In the final analysis, writing this after reading this dense technical report a grand total of once, it would appear that both Motlanthe and Sexwale have a right to feel aggrieved. Their names have been tarnished through speculation. On the one side, it’s what happens in politics. And if you want to get involved in the international oil business with Iraqi dictators, accidents will happen.

But perhaps the biggest lesson for us all is that this is what happens when documents are kept “secret”. When parts of a document are leaked, they will be used against people. And before you think I sound a little like Siyabonga Cwele, my answer to this problem would surely be – with the benefit of 20/20 vision hindsight – to have released the report as soon as the hullabaloo began.

In a way this whole thing may have been over-hyped. The presidency stresses it’s an interim document so conclusions should not be drawn from it. You would think it was incendiary. It isn’t. And surely this is really good example of how politically important documents should not be kept secret for the sake of keeping them secret. It really should have been released years ago. DM