Tiger finally wins, but it's hardly a 'comeback' 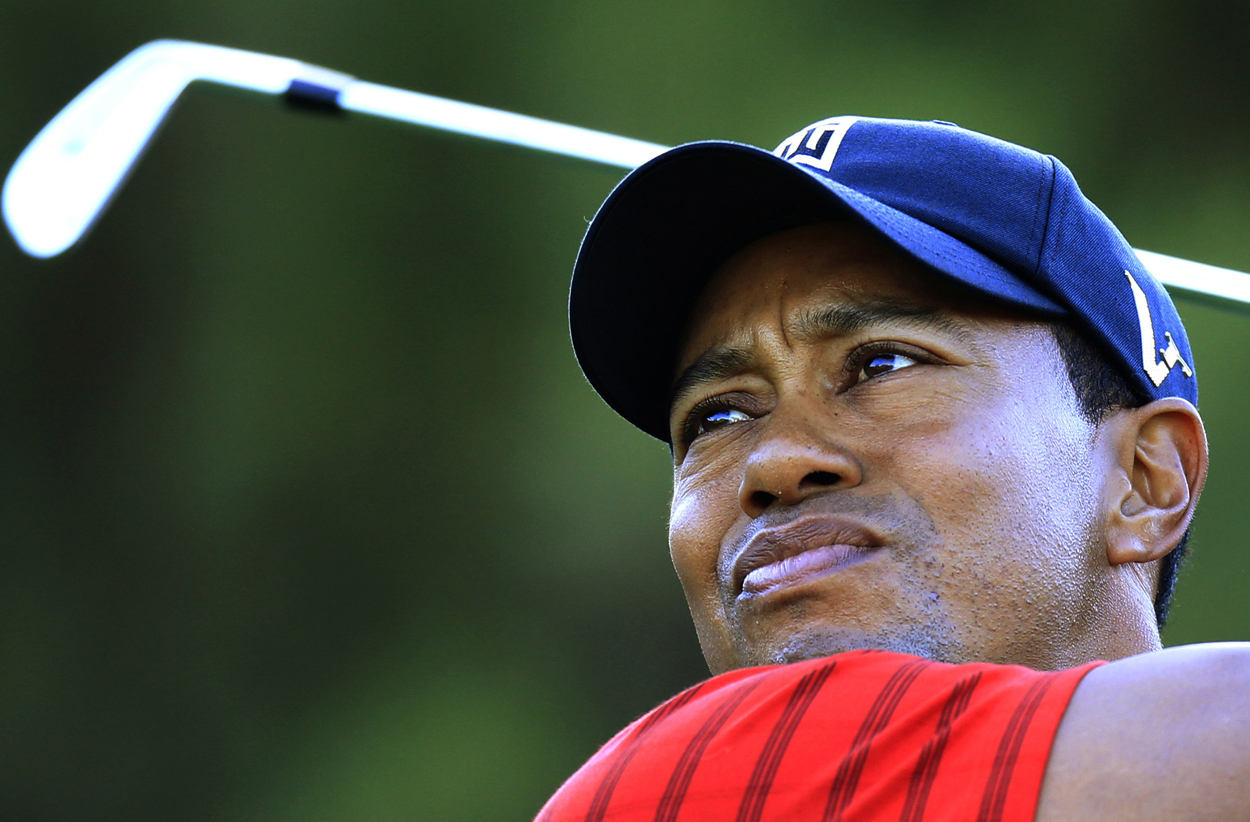 After 749 days without a win as a professional golfer, Tiger Woods ended his drought in swashbuckling fashion on Sunday. But while golf may have been a little less exciting since his fall from grace, the former number one is still a long way from “being back”. After all, he won his own tournament – not even a major. By KEVIN BLOOM.

In early November 2009, a few weeks before the respectable world of professional golf would be rocked to its core by his actions, Tiger Woods was well on track to becoming the greatest golfer in history. At the time, he had the highest career earnings and lowest scoring average of any pro golfer, he was one of only five players – along with Gary Player, Ben Hogan, Jack Nicklaus and Gene Sarazen – to have completed the major grand slam (he was also the youngest player to do so), and he had spent so long atop the world rankings nobody could envisage a day when he’d fall off. Also, he was closing fast on Jack Nicklaus’s record of 18 major wins. With 71 official PGA tour events and 14 majors to his name, Eldrick Tont “Tiger” Woods was one of the two biggest names in international sports.

Then came Thanksgiving 2009, when Woods crashed into that fire hydrant just down the road from his Orlando-area mansion. The marital infidelities that were revealed to the media in the wake of the accident – turned out the real cause was his future ex-wife taking a golf club to the windows of his Cadillac – would effectively destroy Tiger’s ability to focus, and with it his dreams of all-time-number-one status. Below, thanks to the Telegraph, is Tiger’s record over the last two years:

“At the 2010 US Masters, his first event since the scandal, he finished tied fourth; he was forced to withdraw from The Players Championship with what was later diagnosed as an inflamed joint in his neck; he lost his top spot in the rankings to Lee Westwood (in November of that year, after 281 consecutive weeks and 623 weeks in total); he went winless for the first time in his 15-year professional career; and he was part of the losing Ryder Cup team. This year, following another tied-fourth position at the Masters, he dropped out of The Players Championship after nine holes (he shot a six over par 42) and, almost inconceivably, fell out of the world’s top 50. As of last week, the book of Tiger Woods seemed well and truly closed, consigned to publication long before the manuscript’s due date.

“But then on 5 December, these words could be found in the opening paragraph of the lead story on the Golf Digest website: ‘All week, the crack was back. And on Sunday, so was the stare. The shot making was, at times, of the goose-bump variety; and if not for an erratic putter, Tiger Woods need not have waited until the final hole at Sherwood CC to get his first victory in two years. While this was not vintage, it was special.’”

Was the world’s most respected golfing journal saying that, after a win at the Chevron World Challenge, not even a recognised PGA tour event, Tiger was returning from the darkness? Were they really, on just one piece of data, predicting a comeback? Indeed they were, as evidenced by the title on the piece, “Prepare for Takeoff”. Also, in the second paragraph, they said: “And while redemption and recovery are not one event but a series of events, there was a lot in this singular victory to indicate Woods has turned an important corner on the road back to greatness. Falling a stroke behind Zach Johnson on No. 16, Tiger finished birdie-birdie, just like he did when he was racking up 71 PGA Tour titles and 14 major championships.”

Not to rob them of their excitement – because to watch Tiger sink those two birdie putts on 17 and 18 was, as TV highlight loops go, pretty exciting – but Golf Digest might just be falling victim to its own need for redemption and recovery. Fact is, without Tiger charging up the back nine on a Sunday, eyes narrowed and jaws clenched as he focuses on the leaderboard, professional golf is simply a less interesting game. Which means that Golf Digest has less of interest to write about, and fewer advertisers clamouring to get in its pages.

Print titles like the Guardian aren’t quite as invested in a Tiger comeback, so their golfing correspondent Lawrence Donegan was free to point out the obvious: “While Woods was going about his business in southern California, Rory McIlroy had already completed his business in Hong Kong, where he won the Hong Kong Open (the second victory in his last three strokeplay events), while the likes of Martin Kaymer, Luke Donald and Lee Westwood (who also won in South Africa on Sunday at the Nedbank Challenge) were plying their trade elsewhere.

All of which implies the real comeback will not begin until Tiger, against the strongest field imaginable, wins his 15th major. And in April at Augusta 2012 the world will be watching again to see if his stuff is stern enough. DM