For Gaza, a carbon-neutral school 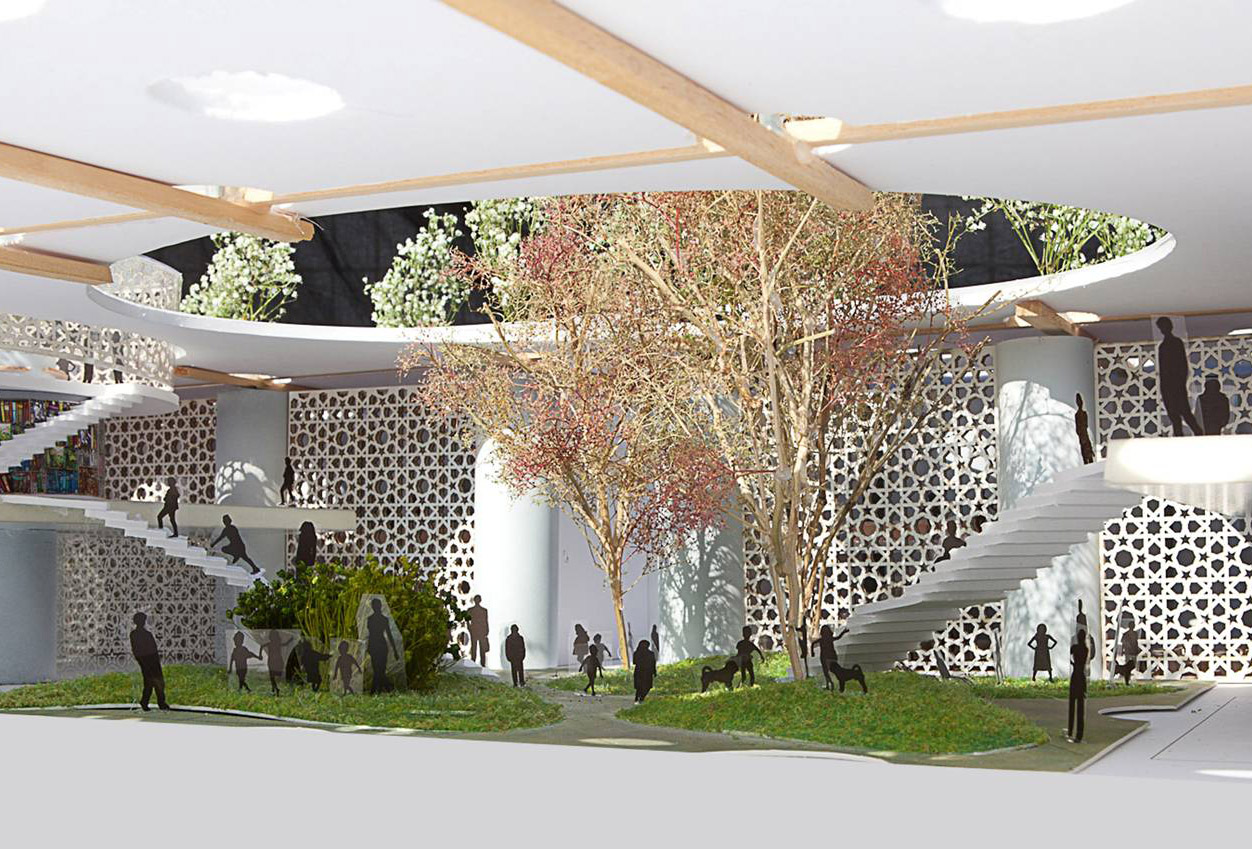 On the sidelines of the diplomatic wrangling at the COP17 in Durban this week, the United Nations Relief and Works Agency (UNRWA) has unveiled a fascinating initiative to build as many as 20 “environmental zero impact” schools in the Gaza Strip. By KHADIJA PATEL.

If the future environmental health of the world is left to the dithering politicians at COP17 in Durban, then preparations for the worst case scenario must soon begin. As it currently stands, the prospect of an overcrowded planet gripped by extreme weather conditions, food insecurity and incessant conflict appears greater than a commitment from politicians to actually make the world a better place.

Ugo Bot from the UNRWA pointed out to iMaverick on Monday that in the Gaza strip the world already has a living example of a bleak future. “Gaza is a prototype of a bad future for the world,” he said.  Just 40km long and 10km wide, Gaza is home to more than 1.5 million Palestinians. In some parts, the population density is nearly 20,000 people per square mile. Over one-half of Gaza’s residents are children, brought up among high levels of poverty, deprivation and unemployment. Altogether the UNRWA is the principle provider of basic services – education, health, relief and social services – to five million registered Palestine refugees in the Middle East and 1.1 million registered refugees in the Gaza strip. Notably, UNRWA runs 243 schools with 219,000 pupils in Gaza. An ambitious plan from the UNRWA in partnership with Mario Cucinella Architects with financial support from the Kuwait Fund for Arab Economic Development through the Islamic Development Bank, seeks to build a green future for Palestinian schoolchildren in the Gaza strip.

UNRWA have unveiled a project that will see the first of a number of “environmentally friendly” schools built in Gaza. Bot said the idea for the school was developed taking into account the current economic and social conditions in the Palestinian territories where water shortages, low comfort levels and an exorbitant price of energy dog daily life. The “green” school project explores the construction of a self-sufficient building that produces all the energy it needs with local, renewable resources through solar and ground energy and tap into readily available resources instead of relying on waterworks and energy grids. Architect Mario Cucinella who has also designed neutral schools for United Nations projects in North Africa said the building would rely more on ancient wisdom than technological advancement to achieve its carbon neutral status. Cucinella explains the construction is composed of three distinct elements. A rock bed beneath a concrete slab at the foundation of the building will act as a bioclimatic moderator, releasing air into the building. The second distinctive component of the building are pre-fabricated concrete pillars that will be used as ducts for natural ventilation and lastly an overhanging ventilated roof combine to form a building with zero CO2 emissions.

A carbon neutral design as the Gaza school is labelled is a subset of sustainable design. Of course, the issue of carbon in construction is more complex than slapping a solar panel on a tin roof.

A holistic carbon neutral design looks to reduce the carbon emissions associated with all aspects of the project, including the operating energy as well as the construction and materials, and additionally the carbon associated with the commercial, institutional or residential use of the building by the occupants.

At a cost of US$ 2 million, roughly the same cost of other UNRWA schools, the new green school provides educational facilities for 800 students. While promoting high academic standards within, this concept also promotes high levels of respect for the environment outside, as it is entirely “off grid” and self sustaining.

For a number of years, Israel has restricted entry and exit from Gaza, but it intensified its blockade in June 2007, when Hamas took over. The aim of the blockade has been to isolate Hamas and to pressure it to stop militant rocket fire. Only basic humanitarian items are freely allowed into Gaza while the flow of natural gas and the supply of construction materials is restricted. Bot explained that the blockade on Gaza would not affect construction of the new “green” school as UNRWA negotiates with Israeli officials for permission to import construction materials into the Gaza strip on a case by case basis.

While world leaders continue to debate how exactly a dramatic reduction of carbon emissions will be achieved, the unveiling of the Gaza school project has revealed a window into the future of construction and design. DM