'Another Earth' makes for splendid viewing

‘Another Earth’ makes for splendid viewing 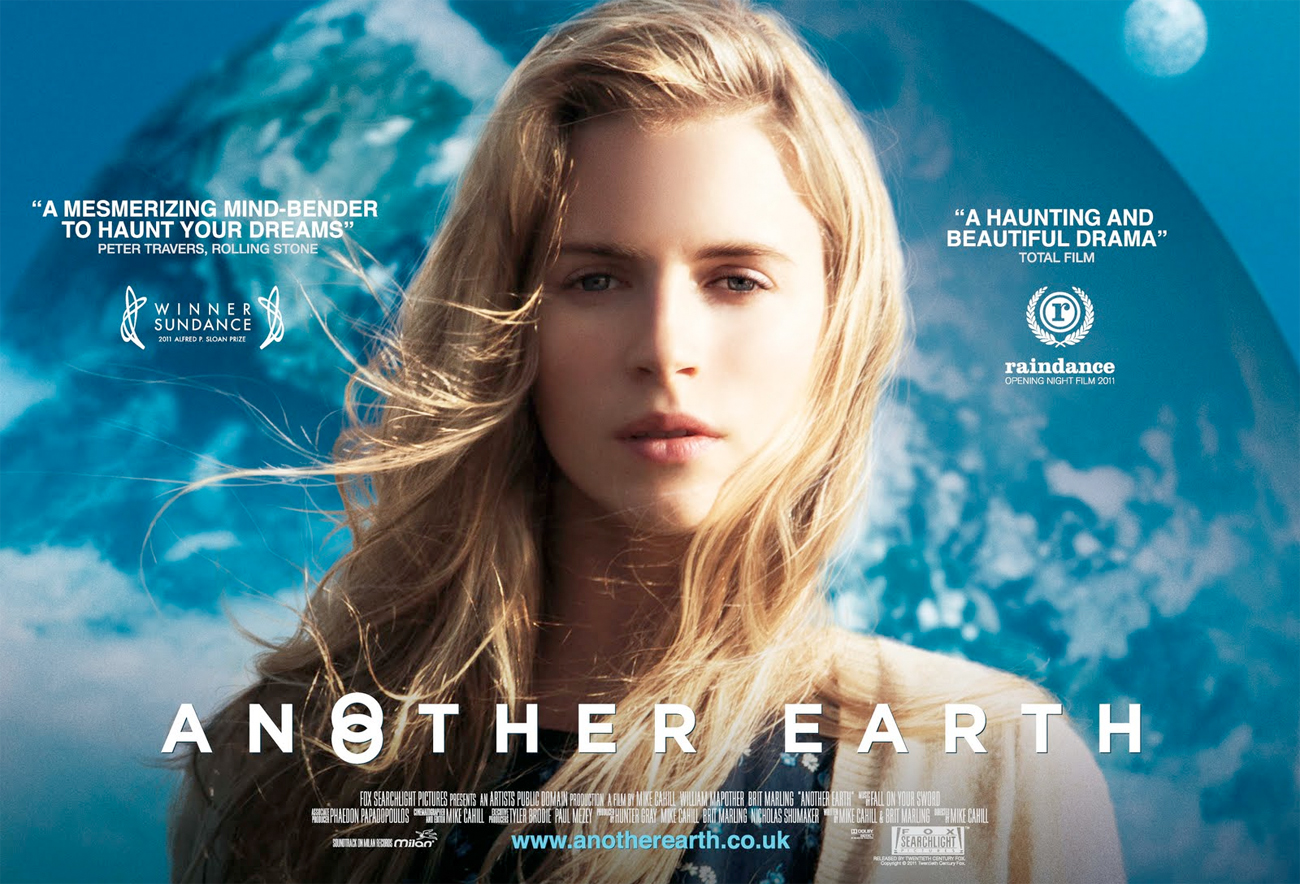 What happens when another earth appears in the night sky? In an indie movie, not much. Which turns out to be a good thing. By RICHARD POPLAK.

Another Earth opens with a party. We meet, in tight close-up, the serenely beautiful Rhoda Williams (co-writer Brit Marling), who is partying like it’s 1999. Which is entirely appropriate, because it turns out that this evening represents everything that Y2K didn’t—the end of the world as we know it.

“It felt like anything was possible,” Rhoda, who is on her way to MIT on scholarship, tells us. “And it was.”

Driving home, after a suitable number of celebratory libations, Rhoda is distracted by the appearance of two blue orbs in the night sky. A radio report informs us that another earth, along with another moon, have been spotted. Wind in her hair, Rhoda is transfixed, so much so that she slams into a BMW occupied by a composer named John Burroughs (William Mapother), his pregnant wife, and their small child. Wife and child do not make it out alive.

What follows is an extended elegy to lives lost and possibilities squandered. Another Earth is a synthesis of science fiction and low-key indie melodrama, and that it works at all is a minor miracle. A large part of its success belongs to Brit Marling, who delivers a winning break-out performance as Rhoda. When she emerges from four years in prison, our heroine is damaged goods, riddled with guilt and unable to be around people. She takes a job cleaning a local school, a position well below her intellectual payload, and drifts through life, with the spectre of another earth hovering above her.

On impulse, she visits the Burroughs home and finds a man living in filth. Alcoholism and mourning have reduced him to a shell, and when Rhoda lies that she has been sent to do a trial cleaning from a cleaning company, Burroughs invites her in, and an unlikely relationship develops.

Meanwhile, Rhoda has written an essay to win a berth on a manned voyage setting out for what has now been called, with typical human hubris, Earth 2. What is the meaning of this shadow world, which gets closer to Earth by the day, filling up more and more of the sky? Is it some malevolent alien planet, bent on colonising us and leeching us of resources? Or is it something more sublime—a world identical to our own, a place where we live out our ideal lives, free of mistakes? When the head of the organisation, Search for Extraterrestrial Intelligence, makes first radio contact, she finds herself talking to herself. This scene is both chilling and poignant, and acts as a bridge between the film’s two narratives. Both Burroughs and Rhoda are drawn toward Earth 2: Rhoda as it serves as a possible salve for her guilt, Burroughs because his wife and child could be up there, living out untroubled lives. When Burroughs asks Rhoda what she’d say to herself on Earth 2, she replies, “Better luck next time.”

Lars von Trier’s latest film, Melancholia, has a superficially similar plotline—massive orb appears in the sky, heading straight for Earth—but he sets this within an apocalyptic framework. For Von Trier, Melancholia, as the approaching planet is called, works as a metaphor for depression, an all encompassing, life-obliterating force.

For Marling and co-writer and director Mike Cahill, their shadow Earth is not so easy to define. It is a secular, or scientific, occurrence, with obvious religious overtones fundamentally altering how we interpret the universe. But it also becomes part of the news cycle, part of the fabric of life. In another word: Normal. And this is the film’s greatest coup, to make the fantastic commonplace without reducing its wonder.

Cahill frames Earth 2 above Rhoda as she works to work, or makes her way to Burroughs’ house. It looms above her, an accusatory embodiment her of her inerasable crime, reminding her of all she has thrown away. But it also provides possibility and redemption. The film’s final shot is as good as any in cinema, deepening the mystery without forfeiting an emotional wallop.

This is not George Lucas’s sci-fi, it is Andrei Tarkovsky’s, similar in tone to the original Solaris, rather than Star Wars. It is a quiet, contemplative film, perfectly paced, but might be too slow for some. Another Earth provides real emotional heft, a staggering performance from Marling, and a proper intellectual conundrum: What if there is another Earth out there? And is it Earth 2, or more chillingly, Earth 1? DM