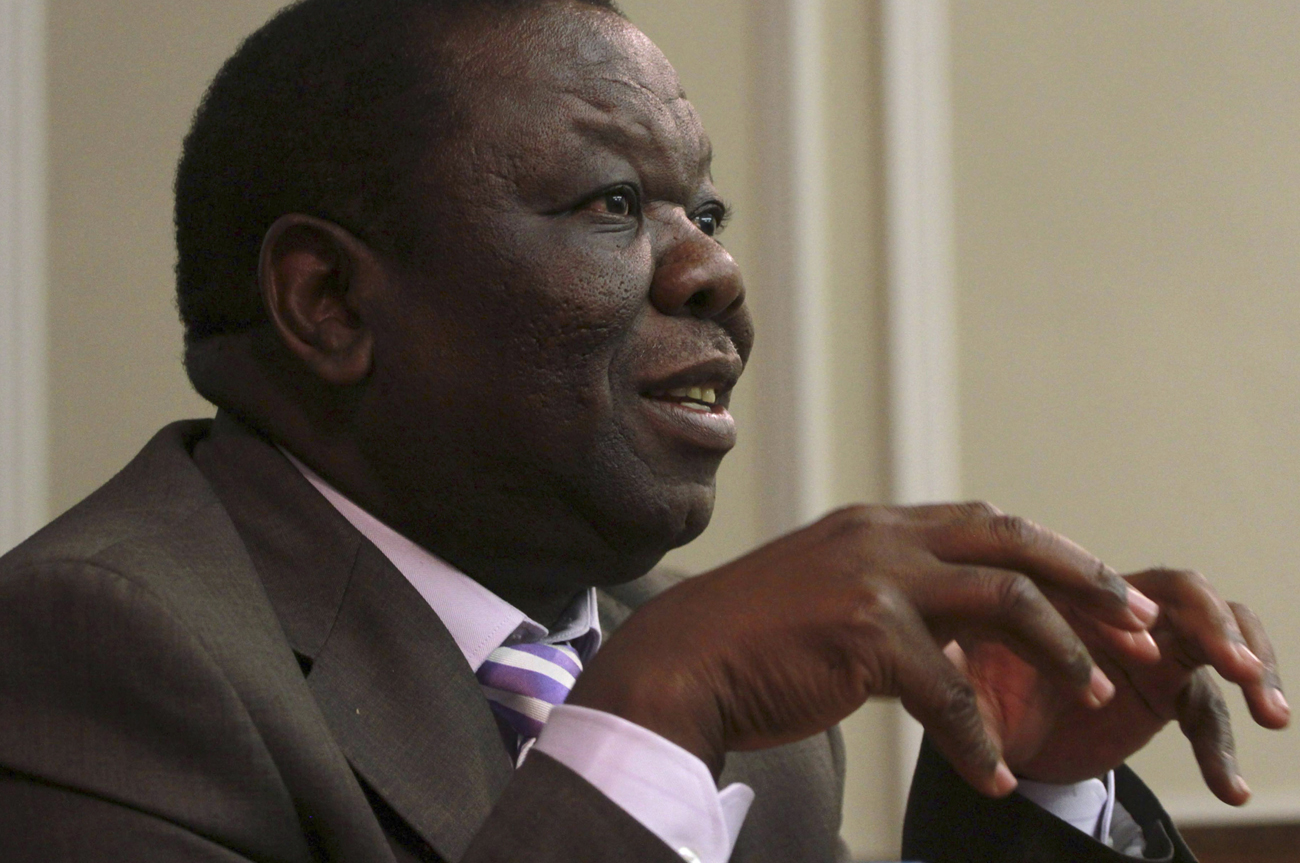 It’s easy to laugh at Morgan Tsvangirai’s failed marriage which lasted just 12 days, if it even happened at all. Jokes comparing him to the Kardashians are inevitable, but misplaced. Tsvangirai’s story is more classic tragedy than modern reality show. By SIMON ALLISON.

Morgan Tsvangirai’s second marriage was unusual from the start. His bride, Locadia Tembo, was a local businesswoman, but also sister to an MP representing Zanu-PF, the party that Tsvangirai has been fighting against his entire political life. So they were always going to be star-crossed lovers, their union not accepted or acceptable to elements within Zimbabwe’s deeply divided political establishment. And lovers they were, apparently; Tembo is said to be pregnant with twins, with Tsvangirai the father.

Then there was the seemingly minor detail that their union was formalised in November, when a delegation from Tsvangirai delivered the lobola to the bride’s family. Lobola wasn’t cheap at $36,000 and 10 head of capital, but the timing of its delivery was the real problem. November is a most inauspicious month to get married, according to local Shona custom. Traditionally, November was the month for harvesting, and communities could not be distracted from this important work by ceremonies and parties. It’s considered bad luck to get married in this month, a traditional that perhaps Tsvangirai should have heeded. But perhaps the timing was dictated less by tradition and more by Tembo’s pregnancy, and her reported insistence on having their union legitimised – the Zimbabwean reported that she spent three nights sleeping outside Tsvangirai’s Harare home before he finally agreed to send his delegation to her family.

But even after details of the lobola and the marriage were released to the media by Tembo’s family, Tsvangirai’s spokesmen seemed reluctant to confirm that the marriage had indeed taken place, and there were conflicting reports in the Zimbabwean media over whether the story was really accurate.

Finally, on Thursday, Tsvangirai decided he’d had enough of the media frenzy surrounding his private life and issued a statement which clarified his position. It’s a statement which highlights the tragic figure which Tsvangirai has become, and it’s hard to be anything but sympathetic for the man whose wife died just two years ago and whose ambitions of a free Zimbabwe have been caught up in the fraught compromise that is Zimbabwe’s unity government.

In his statement, Tsvangirai speaks of his good intentions to formalise the relationship he had with Tembo, of his desire to rebuild his family after the death of his first wife Susan – who died in a car crash in suspicious circumstances – and to own up to his responsibility as a respected family man. But ever since he sent his delegation to his new bride’s home to peform the cultural and traditional rites, things have got out of his control. “I have become a spectator in this relationship and things are happening too fast, on camera and without my knowledge. This has led me to conclude that there is a greater and thicker plot around this issue which has undermined my confidence in this relationship.” He speaks of stories planted in the media, of state security agents directing proceedings and the relentless scrutiny of the press. “The ‘marriage’ has been hijacked and there is an apparent active political hand that is now driving the processes…Everything is so well choreographed. The intention is clear: to inflict maximum damage on my person and character for political gain.” He comments that “this has caused me to have serious misgivings as to whether this will be a perfect union that will inspire young couples and reflect marriage as the noble and respectable institution that it is”.

Even as we appreciate the pathos of his sentiments, it’s important to address the very serious accusation that he’s making against the state security services: that they had a hand in derailing the marriage, or perhaps even in setting Tsvangirai up for the fall, right from the beginning. If true, it’s a devious psychological attack on the mental state and dignity of Mugabe’s major political opponent, and an indication of how sophisticated the battle between Zimbabwe’s various political groupings has become.

Finally, Tsvangirai concludes that “this relationship has been irretrievably damaged to a point where marriage is now inconceivable.” The marriage, whatever is was worth, is off; and Tsvangirai must be feeling more alone than ever. DM