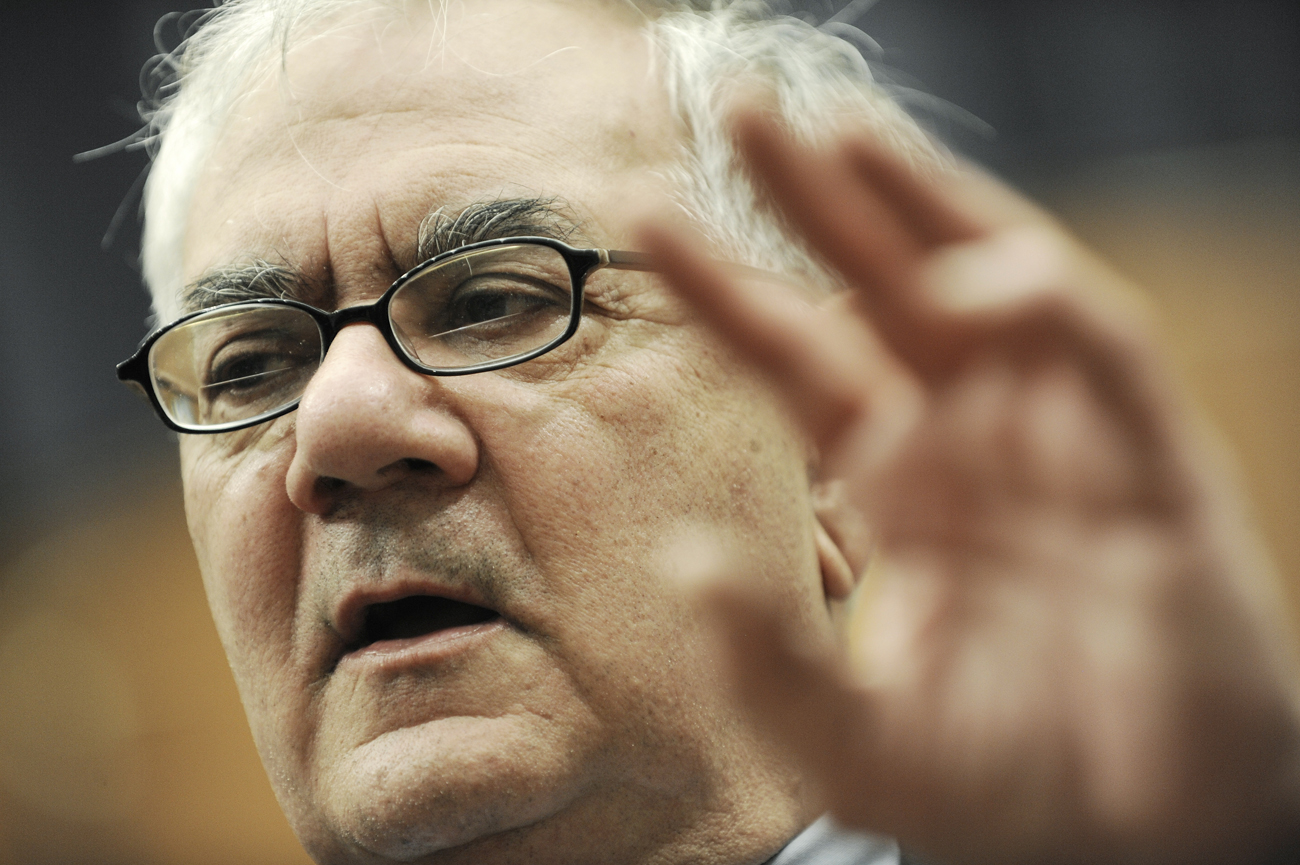 Sixteen term Massachusetts congressman Barney Frank, a liberal fixture in America’s House of Representatives, told supporters and the media on Monday that he would not run for a new two-year term in 2012. Which will leave the increasingly ugly and polluted game of US politics much, much poorer. By J BROOKS SPECTOR.

For decades, in defence of liberal causes and issues, Frank has been a highly visible figure on America’s Sunday television talk shows, demonstrating a rapier-like wit and take-no-prisoners debating style against any and all Republican opponents. Frank, the first openly gay man in Congress, famously dismissed Kenneth Starr’s report on his investigation of then-president Clinton’s involvement with a White House intern, saying it contained far too much about heterosexual matters for Frank to spend time reading.

In deciding to leave Congress, Frank has now joined 17 other Democrats and seven Republicans in not seeking re-election next year. Analysts say the 2012 election is almost certainly going to be a starkly anti-incumbent election as voters take out their frustrations on current officials, and this has probably influenced many of these representatives not to seek re-election. Reporting that Frank planned to retire, The Washington Post observed:

“In 2010, Frank faced his first serious challenge in decades from a little-known Marine Corps reservist named Sean Bielat. The congressman campaigned (and spent) heavily to defend his seat and ultimately won with 54% of the vote….”

Then, reporting on the news conference after he announced his decision, The Post added:

“Frank said he had originally intended to seek one more term but changed his mind in part because the state’s new redistricting map will move 325,000 new constituents into his district.

He said he intends to remain active in public policy issues, including defending the so-called Dodd-Frank bill that he co-authored in the wake of the financial collapse of 2008.”

During Frank’s long career, he was a major supporter of financial reform measures like the Dodd-Frank law that tightened regulatory control over the kinds of banking activities that helped bring in the 2008 financial crisis. In the process, Frank has become a lightning rod for Republican criticism that the banking reform he championed has created a regulatory burden on banks that has kept them from supporting the country’s economic recovery. In fact, Frank has become something of a poster child for Republicans looking for someone to blame for the subprime mortgage crisis.

In response, Frank has laid the blame squarely on then-president George W Bush for pushing subprime mortgages in the guise of expanding homeownership for low-income people. Frank was also a key figure in driving passage of the Troubled Asset Relief Program at the peak of the financial crisis, generating yet another target of Republican rage in the presidential candidate debates.

His own man to the end, at the news conference where he announced his retirement, Frank did fess up to one error during his legislative career – voting against President George HW Bush’s call for congressional support for an invasion of Iraq to force Saddam Hussein’s withdrawal from Kuwait. In retrospect, Frank agreed, that mission had “worked well” and that he would have voted for it had he but known.

Nearly 25 years ago, Frank became the first congressman to voluntarily announce his gay sexual orientation. Shortly after Frank’s declaration, The Washington Times reported Frank’s then significant other, Steve Gobie, was running a male sex-for-hire ring from Frank’s Washington home. As a result of this disclosure, the House of Representatives formally reprimanded Frank, although the House also declared it had no evidence Frank was aware of Gobie’s activities.

Frank survived that reprimand and easily won re-election to Congress in the next election. In a political irony, Republican congressman Larry Craig, the man who had spearheaded efforts to censure and expel Frank from Congress, was later arrested for soliciting gay sex in an airport bathroom.

Back at the beginning of his political career as a Massachusetts state legislator, Frank once proposed legalising the sex-for-hire business in a restricted part of downtown Boston – a measure that even gained the support of the city’s police commissioner. Frank’s bill never came up for a vote, but when he later ran for Congress, his Republican opponents tried to portray his plan as a below the radar effort to set up red light districts in every town in Massachusetts. Despite the attack, he won that election too.

The Congress and all those American TV shows that talk politics will be the poorer – and less entertaining – when Barney Frank retires. Maybe Americans will get lucky. Maybe MSNBC or another network will give Frank a nightly slot so he can carry on skewering the unwary. DM