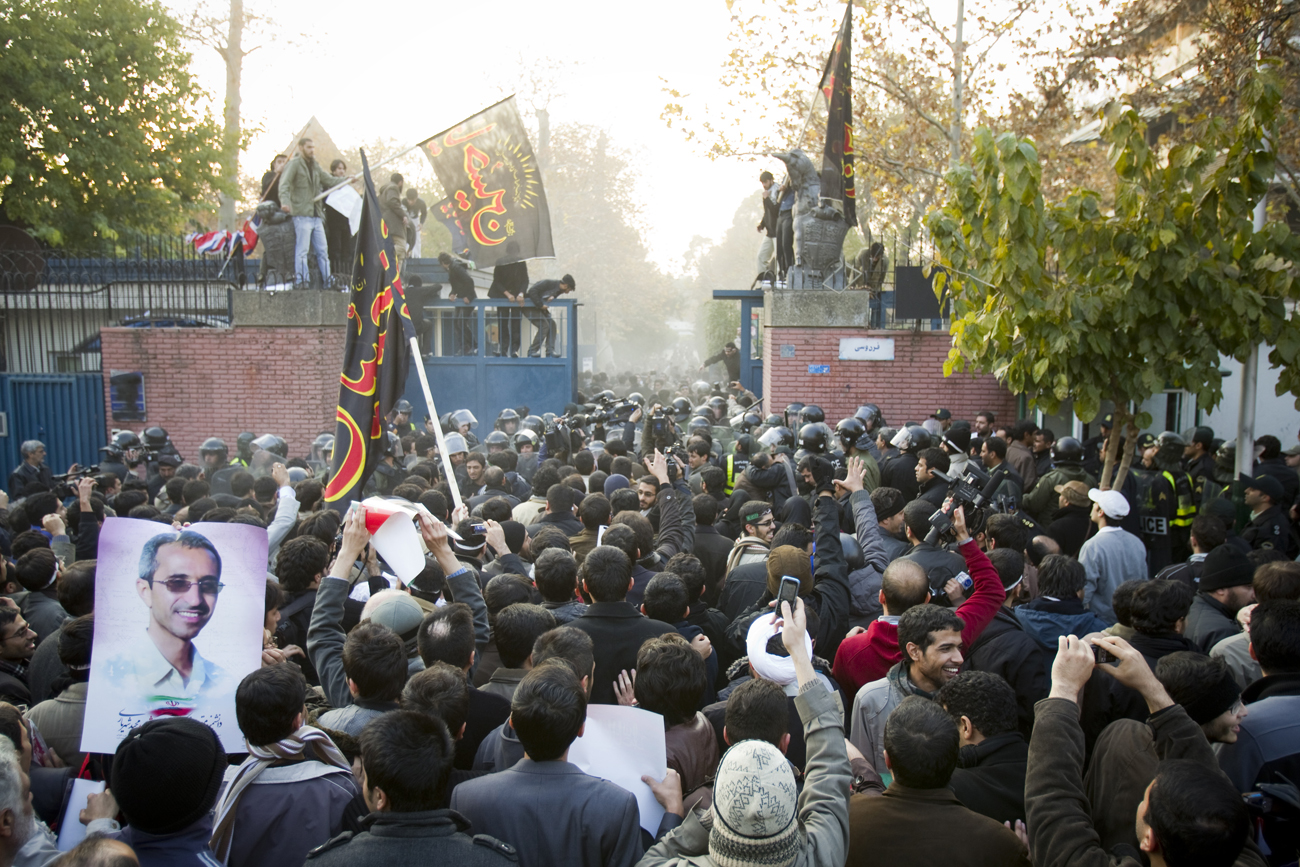 On Tuesday, student protesters in the Iranian capital Tehran broke into the UK embassy compound during a demonstration against sanctions imposed by Britain. Suspicion is rife that the attack was supported by the Iranian government, but Iran’s foreign ministry offered a statement expressing regret on the incident and reiterated its commitment to diplomats' safety. By KHADIJA PATEL.

The UK’s Foreign Office said it was “outraged” by the attack on its embassy in Tehran. “It is utterly unacceptable,” it said in a statement. “The Iranian government have a clear duty to protect diplomats and embassies in their country and we expect them to act urgently to bring the situation under control and ensure the safety of our staff and security of our property”.

Protesters are reported to have broken windows, scattered documents and pulled down a British flag at the embassy in central Tehran. Protesters are also said to have made off with a portrait of Britain’s Queen Elizabeth, while outside they chanted “Death to Britain” and set fire to a diplomatic vehicle.

The protest outside the UK embassy is said to have been held in commemoration of the first anniversary of the killing Majid Shahriari. Shahriani, a prominent nuclear scientist, was killed in a bomb blast in Tehran last year and the Iranian government has blamed, among others, the British for coordinating the attack in an attempt to thwart the country’s nuclear programme.

After early reports of a hostage situation at the embassy complex on Tuesday, six embassy workers were freed after being surrounded by protesters. Other embassy staff left through a back door to escape the protesters.

Reports indicate that Iranian security forces were initially slow to respond to the attack but later regained control of the compound, albeit three hours later. Several protesters are reported to have been arrested. The official Islamic Republic News Agency said the intruders saw “secret documents” at the embassy.

The initial hesitation of the Iranian police has however fuelled speculation that the government was complicit in the attack on the embassy. Analysts well versed in the mechanics of Iranian politics believe Tuesday’s attack on the UK embassy was the work of paramilitary group, the Basij.

The Basij owes its establishment to a 1979 order of the Islamic Revolution’s leader Ayatollah Khomeini. The force consists of young Iranians who have volunteered their service, often in exchange for official benefits. Currently the Basij are said to serve as an auxiliary security force, stoking tensions at the behest of the Iranian authorities.

“I spoke to the Iranian Foreign Minister this afternoon, to protest in the strongest terms about these events and to demand immediate steps to ensure the safety of our staff and of both Embassy compounds.”

“While he said that he was sorry for what had happened and that action would be taken in response, this remains a very serious failure by the Iranian Government,” Hague said.

Tuesday’s events in Tehran will exacerbate current diplomatic tensions between the UK and Iran.

The United Nations’ atomic energy agency has suggested strongly that Iran is researching nuclear weaponry. Iran, of course, has strongly opposed the report, claiming its nuclear activity is confined to civilian purposes.

Western powers have however been unconvinced, and Tehran has been the subject of a new set of economic sanctions coordinated by the US, Canada and the European Union. Last week, the Brits cut business transactions with all banks in Iran, including Iran’s Central Bank, marking the first time Britain has cut ties with the entire banking sector of a country.

In a curious game of tit for tat, the Iranians reacted to the British economic sanctions by downgrading its diplomatic ties with London.

On Sunday, the Iranian parliament passed a bill to reduce diplomatic and economic ties with Britain.  The bill, ratified Monday by Iran’s Guardian Council, pushes the British ambassador out within two weeks, leaving the embassy to be run by a charge d’affaires. According to the bill, economic relations with the UK will also be reduced to a minimum.

The Tehran embassy drama has also dealt a further blow to the price of oil. On Tuesday morning in New York, crude for January delivery rose 95 cents, or 1%, to $99.16 a barrel. So far, oil has gained about 3% this week in New York amid concern the new wave of sanctions may slow down supplies from Iran. DM