Consumer trends that will shape 2012

Consumer trends that will shape 2012 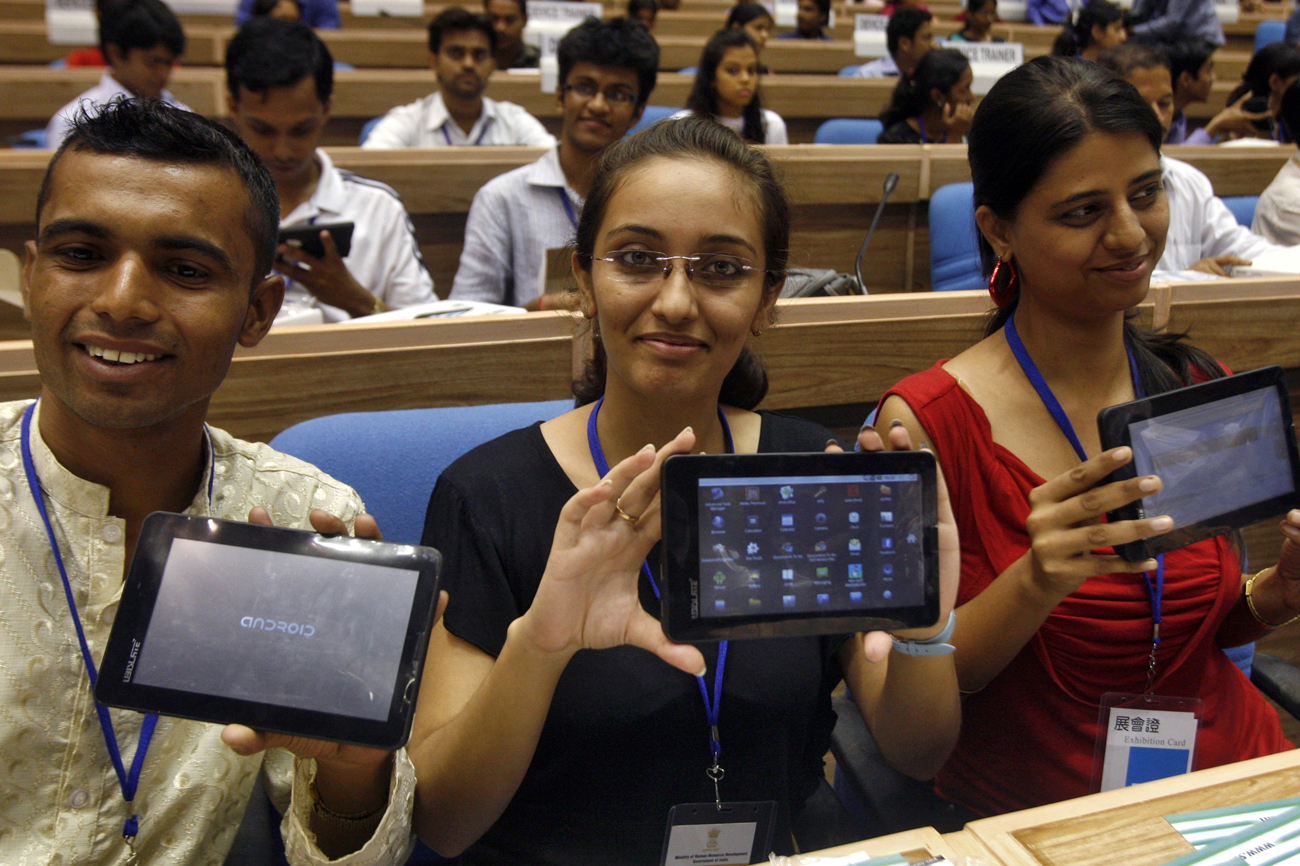 Business will roll out more red carpet to Chinese tourists, massive urbanisation will create an emerging global middle-class that spends $6.9 trillion a year, consumers will go cashless and deal hunting will finally become cool. MANDY DE WAAL spoke to Henry Mason of Trendwatching.com in London for an insight into 2012’s biggest consumer trends.

Times might be tough but über-luxury retailer Harrods in London is doing very nicely, thank you muchly. Harrods is the world famous Knightsbridge store that sells items such as gold-flaked truffles at £190 for a box of 15 handmade delicacies. Yes, the box itself is encrusted with Swarovski crystals, but you’re still looking at R2,500 for a box of chocolates, or close on R170 a champagne truffle.

Who buys such ridiculously expensive items? Announcing its financial results earlier this year Harrods told the Financial Times that there was a growing influx of high-spending tourists which propelled the opulent retailer through the £1bn sales mark for the first time in its history this year.

So, it was a smart move when Harrods installed 75 Chinese bank-card terminals in their department store so high-end oriental customers can transact directly with their domestic banks, making spending as easy as a card swipe. Previously bank cards from China weren’t able to be read at Harrods because they were incompatible with Western banking systems. This meant Chinese customers had to walk around with large wads of cash if they wanted to splurge at the upmarket store.

Michael Ward, managing director of Harrods, told Financial Times that the installation of the Chinese bank card terminals had helped realise a 40% increase in sales for the store.

Harrods isn’t the only business rolling out the red carpet for Chinese tourists with deep pockets, Hilton Hotels launched a service called “Hilton Huanying” (Mandarin for “welcome”) where products and services are specially tailored for oriental guests. Check in is done in Mandarin, Chinese tea is served, rooms feature oriental TV stations and there’s congee, dim sum and fried noodles on the menu.

“Businesses in the West are rolling out special services for the Chinese and other emerging markets who are travelling in bigger numbers than ever before,” says Henry Mason who heads up Trendwatching.com’s research and analysis. Trendwatching.com says in 2012 global businesses will lavish special attention on Chinese customers and try to capture this market by offering tailored services, perks, special products and by showing these customers respect by making them feel at home.

There’s good reason why the likes of Hilton and Harrods are ahead of the curve on this trend. Trendwatching.com says well-heeled Chinese residents made more than 30 million trips overseas during the first half of 2010, close on double the amount of trips made by US big-buyers for the whole of last year. But this is the tip of the iceberg as the World Tourism Organisation reports that the total number of outbound tourists from China will reach 100 million by 2020.

“Trends are a manifestation or new way of servicing pre-existing consumer needs, desires, wants or values,” says Mason. “Human beings and consumers don’t change that much, but what does change is the environment, technology and social values or the context that people are in. This is what we are interested in. Looking at what changes in the way a fundamental desire manifests itself.”

To explain the difference between fundamental human desires and trends Mason uses the example of social networking. “Social media and sites like Facebook didn’t invent the need for people to connect with each other and share information, which is a human value or desire. All these social media did was apply technology that unlocks this fundamental need in a new way,” he says.

Mason says trends sit on top of underlying values like community, identity and authenticity. “One of the huge trends we have seen during the past few years is how the idea of social status is changing and how this is being influenced by social networks.” In the old days before Facebook plugged you into the rest of the world, people would show their social status using fancy cars, big houses or other shiny material goods.

“What Facebook is showing us is that online status is just as important and that one can derive status from the number of YouTube hits you get, the response you get to your blog posts or what you say on Twitter. Social media enables people to display their wittiness or their intelligence, realising a shift in status because sites like Facebook have democratised these hidden values. This doesn’t mean that old status symbols like a Mercedes or BMW aren’t attractive any more, but it has seen a big shift in how status is perceived. As a result, an increasing number of luxury brands are repositioning to appeal to these new forms of status,” Mason says.

Another trend that Trendwatching.com says will dominate 2012 is the “bottom of the pyramid” which will see unprecedented opportunity for catering to hundreds of millions of low-income consumers. “Urbanisation is one of the huge macro-themes everyone is aware of, and we’re reporting this trend will create ‘citysumers’ who are consumers that are more liberal, cosmopolitan, urbane, hyperactive and demanding,” says Mason. The trend forecasters define “citysumers” as the hundreds of millions of sophisticated urbanites who live in cities from San Francisco to Shanghai and São Paulo, who are eagerly snapping up a host of new urban goods, services and campaigns.

“As soon as you leave a rural area and move to a city, you join the consumer economy in a much greater way than you did before. We’re only scratching the surface of this trend, but urbanisation and the surging throng or urbanites means there are increasing opportunities in this market sector,” says Mason. McKinsey reckons that massive urbanisation and the flocking of consumers to cities has created an emerging middle-class of some 2 billion ‘citysumers’ that spend about $6.9 trillion a year. McKinsey says this spending power will increase to $20 trillion in the next decade, which is double the current US consumer consumption.

A great example of how brands are innovating to serve this market comes from a partnership forged between organisations in India and the UK. With tablets a runaway success in richer markets, DataWind (a London wireless web device company) teamed up with the Indian Institute of Technology Rajasthan to create an Android tablet called Aakash (the Hindi word for sky) that retails for lest than $60 (or just over R500). Launched in New Delhi late this year, the Aakash is subsidised for students and costs just $35 (or some R290) for pupils.

Mason says to be more innovative, businesses should start looking across markets or business sectors and doing this can be a rich source of inspiration. “Many businesses become obsessed with what their competitors are doing, but don’t have time to look across markets and companies which can be a rich source of inspiration. If you’re an automotive brand there’s a lot you can learn from what fashion brands are doing” he says.

A case in point is that when consumers get into a BMW and switch on the sound system, they often don’t compare this to a similar system in a Mercedes, but instead equate it to the experience they have with their iPod. “People don’t care whether the sound system is better than a Mercedes, they want to know why it isn’t as good and versatile as what Apple offers. This is crucial in the luxury market, but increasingly mass market brands are having the same experience. Consumers expect the best of the best and because this is the world that the consumer inhabits and brands must inhabit this world as well,” says Mason.

Trendwatching.com’s other “crucial consumer trends” for 2012? There’s “DIY Health” that sees consumers reaching for apps and technology to enhance their wellbeing; “Dealer Chic” which is a recession-driven trend where deal hunting becomes a bit of a status symbo; and ‘Eco-cycology’ where brands take the recycling burden off your shoulders and invite you to bring back products they recycle instead. In Africa cashless payments systems been a trend thanks to M-PESA, but the currency free environment will catch on in the US and western Europe says the trend forecasters. Expanding on Clay Shirky’s notion of cognitive surplus, Trendwatching.com says “Idlesourcing” will be big in 2012. This is crowd-based problem solving where consumer contributions become increasingly effortless yet fuel endless innovations. Consumers will want brands to become more human in 2012 and to show their flaws; while smart consumers will resell purchases they don’t want or will “recommerce” items. Not only is it spawning new markets, but a whole new jargon.

As handheld devices flood the world, screens will be everywhere, always on and will connect consumers to just about everything. They will also enable consumers to “point and know” or get quick, easy and convenient access to information. Lastly yesteryear’s easily shocked, inexperienced, middle-of-the-road consumers have now grown up thanks to exposure to open information and will now begin to appreciate brands that push boundaries. About time consumers grew up, don’t you think? Now retailers, service providers and manufacturers only have to wake up. DM