Missing. One Maverick writer. Might be in Fifth Dimensi...

Missing. One Maverick writer. Might be in Fifth Dimension. 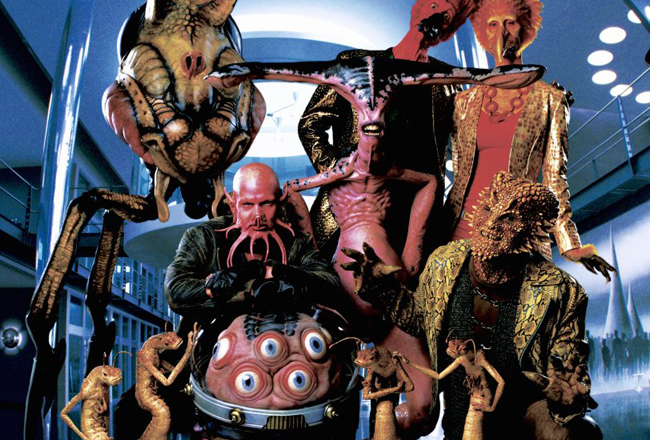 Maybe it was meeting those little old ladies with the dark sunglasses and wrinkled lips, who say they really don’t mind their grandchildren calling them “space cadets”. Or watching that gentle giant of a man stutter his way through a story about seeing an alien spaceship when he was seven. Or perhaps it was interviewing that woman who broke off eye contact with me every few seconds to look nervously around the room, as she recalled how she overcame the mind-control tricks of a shadow government hell-bent on sending her to Mars.

I’m not sure what it was, but something put a soft grin on my face as I navigated the asteroid field of crazy ideas at South Africa’s very first UFO conference, held in Johannesburg this weekend.

The plan behind the event was a simple one: Set up three days of presentations by various speakers and invite the public to hear them out. The gathering was nothing like one of those Star Trek or Apple conventions we’re so used to seeing on television. There were no fluffy alien costumes, glow sticks, crop circles or displays of the latest weaponry UFO clubs can use to defend the planet against hostile invaders from outer space. This was a grand old auditorium, a Skype connection that actually worked and a whole bunch of presenters, both local and international, from every possible point along the spectrum of sanity.

I arrived for the launch on Friday not quite knowing what to expect. I had watched a lot of work by the BBC’s Louis Theroux, who had stepped inside the weird worlds of religious cults, neo-Nazi skinheads and porn stars, and yet had somehow managed to tell their stories without mocking or belittling them. It was often clear he didn’t agree with their views, but he treated them with a certain respect and indulged them on an adversarial level. It was an honourable duel – not a cheap stab in the back. If the subjects of his shows were going to come across as a freaks, it would be through their own actions and not through his intervention.

And so I went in with an open mind. I plugged in, settled down and was introduced to the world of “bio-mimicry”, a field of study about how human technology imitates the incredible engineering of nature. Claire Janisch, a chemical engineer, took us through the future design of the Airbus380 – with its see-through roof and web-like membrane, skyscrapers that will have “skins” to let in heat and humidity and the power systems that exist in nature which could, theoretically, already be in use by extraterrestrials (think about the energy of a tornado or spiders that apparently produce substances stronger than steel).

I enjoyed the geeky jokes – “The problem with perpetual energy is that it takes forever to test it” – and was even prepared to forgive the brief references to bending spoons with the power of the mind.

But then came the second presentation by James Gilliland, an enlightenment specialist and UFOlogist with a passion for yoga and running a ranch. Sitting in front of his computer in America, sipping super-oxygenated water, Gilliland took the conference through a series of photographs of so-called “energy orbs” and bad paintings of half-man-half-cat creatures from the fifth dimension. He was apologetic that no photographs exist of these mystical beings, saying even the most modern cameras are a little impotent when it comes to matters in the fifth dimension. What cameras can create, however, are all those flares and streaks that Gilliland claimed to be shifts in energy. I was a little amazed that people could accept this as proof of anything. At one point, when the image of the cat woman appeared on the screen, I tweeted about getting off the bus. But there was one more stop: An interview with Laura Eisenhower, the great granddaughter of American president Dwight Eisenhower.

Laura’s belief is that a secret “government” figured out how to travel back and forth through time, found out who she would fall in love with, turned that man into a sleeper agent and (once they met) forced him to try to brainwash her into joining a colony on Mars. I think there was even a reference to a portal which exists in the eye of a skull. Oh, and she says the colonies on Mars live underground, in case any of those pesky Nasa explorers happen to roll by. She was preaching real Men in Black stuff. Treaties between governments and aliens, new world orders and humans having the power to create tsunamis and earthquakes.

By that stage, I was finding it difficult to remain objective. Here was the grand-daddy of all conspiracy theories, mixed in with enough fiction to make Ray Bradbury blush, from a woman who spoke about it with absolute conviction. She may as well have been telling me what she had eaten for breakfast that day. I asked her why governments would want to keep secrets about having reached Mars, and she said something about control and revealing it when it suited them. I wasn’t convinced.

The rest of the weekend promised to be equally as exciting. There was a presentation by the guardian of magical crystal skulls, talks on Freemasons, numerology boffins crunching Pythagorus (I think) and discussions on whether aliens popped the hood and tinkered with our DNA.

I didn’t attend all of these sessions, but for the rest of the weekend almost every conversation I had turned to the UFO conference. People made jokes about me being abducted by aliens, wanted to know what I thought of all the ideas and offered their own conspiracy theories about 9/11 or the moon landing. I was a little taken back by the amount of interest shown in the event – both in the real world and in cyberspace.

I thought a lot about the “space cadets” I met at the conference. I had not been convinced of anything and held firm to my respect for science and the things it explains about the universe. I had no desire to join Gilliland on his ranch and stare up into the night sky, waiting for bright objects to shoot past. Nor did I crave to have any of the spiritual experiences mentioned.

But something stuck with me. I think it was the intensity of the belief that those few hundred people displayed. It made me wonder whether I – and the rest of the world perhaps – should indulge these ideas or if we should be fighting against them with the sword of reason. Is it our place to stand by and let others believe what they want to believe? Or is it our responsibility to try to clear the muddy water and fill the dam with real facts? Radical ideas can be dangerous, lethal even.

And yet, I couldn’t bring myself to work up any fight against the grandmothers who like to meet once a month to watch films and talk about UFOs. I also couldn’t cook up any anger at the drum-beating hippy who channelled energy on his ranch and showed people grainy footage of flying saucers. Was I failing in my duties or just enjoying the distraction?

If people were drawn to this UFO stuff like motorists who can’t look away from a car crash, shouldn’t we be stopping to help? Or does the world need all kinds of colourful ideas? …. hold that thought. There seems to be a strange light coming through my window. It looks like a … DM