Time travel: The upshot of faster-than-light

Time travel: The upshot of faster-than-light 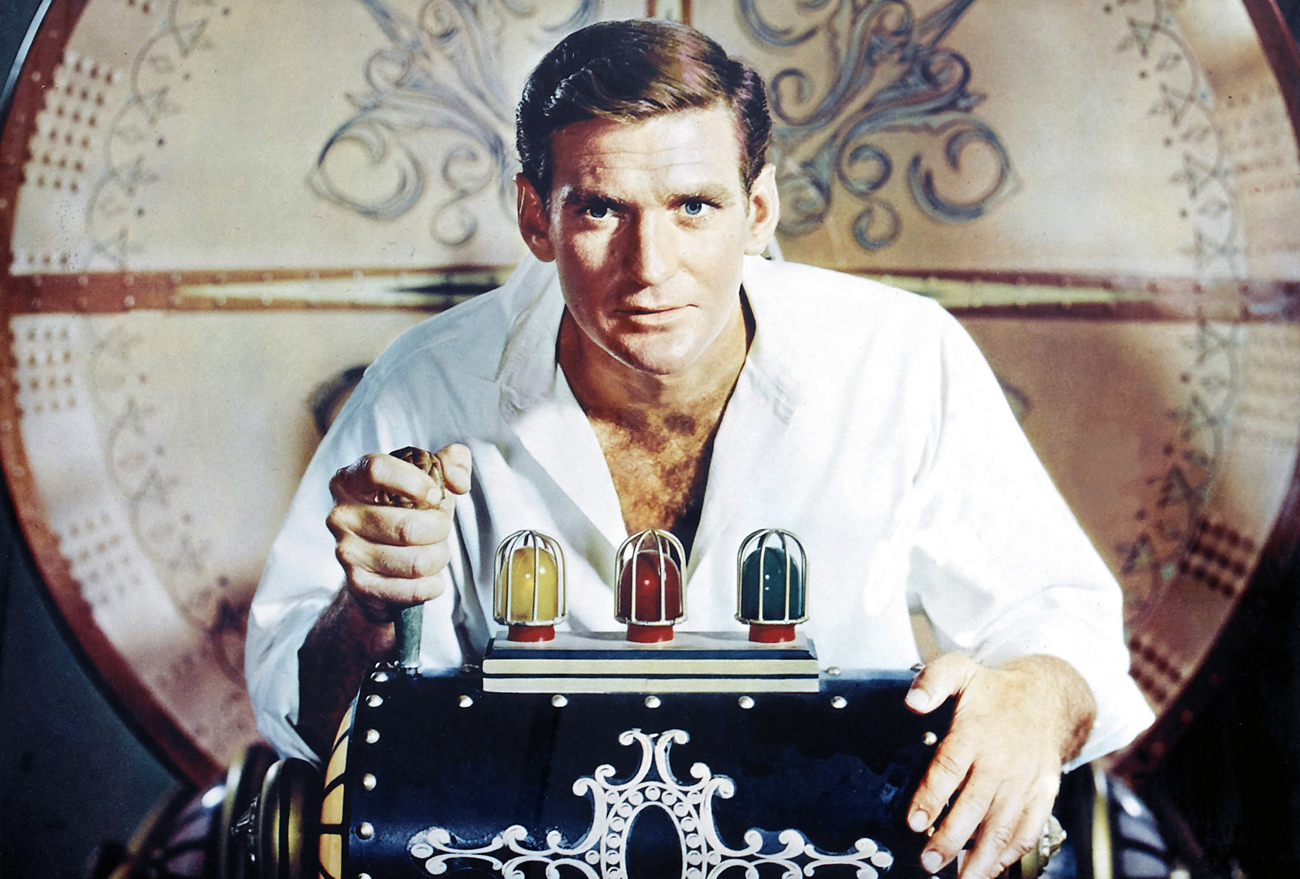 In September, a group of scientists at the world’s largest physics lab recorded sub-atomic particles travelling faster than the speed of light. In November, unwilling to disprove Einstein’s theory of relativity quite so easily, they ironed out a potential flaw – and did it again. Now, further teams have announced their intention to repeat the test. If proved true, the implication is that you’re possibly reading this article before KEVIN BLOOM wrote it.

The theory draws a comparison to surfing. When you’re standing on a board, and you have a wave behind you, and you’re able to maintain your balance and not fall off, what’s actually happening is that you’re being “carried”. While any surfer would take this observation as so self-evident as to require no further elaboration, in 1994 a Mexican physicist by the name of Miguel Alcubierre felt compelled to elaborate at length – all the way, in fact, into the field of space travel. The “Alcubierre drive,” as it came to be called, is a logical mathematical model that proposes a scenario whereby space is stretched into a wave; when riding this wave in a craft, the fabric of space ahead of you contracts while, behind you, it expands. The effect created is termed a “warp bubble,” and since the craft does not move within the bubble but is carried along by it (like a surfer), hitting speeds of faster-than-light would supposedly not violate Einstein’s theory of relativity. In other words, there’d be no time dilation as, in a local sense, you’d be traveling nowhere near the speed of light. Star Trek, anyone?

In the last few months, this type of physics, which is very real, has been rocked by a series of test results that might require the rulebooks to be rewritten. While Alcubierre’s hypothesis suffers from some major flaws – for instance, another physicist has shown conclusively that no light signals would be able to be transmitted inside the warp bubble, and that astronauts could therefore not steer the ship – scientists in Europe may have moved beyond the realm of theory by physically measuring sub-atomic particles travelling faster than the speed of light. The first set of results were released in late September, by no less an institution than the CERN laboratory in Geneva (the world’s largest physics lab), which announced that neutrinos – a type of tiny particle – had been recorded breaking Einstein’s upper speed limit for the universe of 299,792 kilometres per second.

“Impossible!” screamed scientists in America and Japan. With Einstein’s special theory of relativity, proposed in 1905, underlying pretty much everything in modern physics, the orthodoxy was sure there’d been some mistake – and so they demanded verification.

To wit, the researchers at CERN, all too aware of the implications of what they’d stumbled upon, conducted a new experiment in an attempt to address a potential flaw in the original. When the results were released last week, they again showed that the neutrinos travelled the 730 kilometres from the CERN facility in Switzerland to the Gran Sasso laboratory in Italy at 60 billionths of a second faster than the speed of light.

“This test confirms the accuracy of the timing measurement, ruling out one potential source of systematic error,” noted CERN in the official statement. “The new measurements do not change the initial conclusion. Nevertheless, the observed anomaly in the neutrinos time of flight from CERN to Gran Sasso still needs further scrutiny and independent measurement before it can be refuted or confirmed.”

Which is where TV presenter Professor Jim Al-Khalili, a physicist at the University of Surrey, comes in. “I will eat my boxer shorts on live TV,” he said, as a promise to the public should the findings be proved correct.

On Wednesday 23 November, explaining this threat in the Guardian, Al-Khalili provided some context on “Opera” (Oscillation Project with Emulsion Tracking Apparatus), the name of the instrument at Grand Sasso that caught the speedy particles. “[Extraordinary] claims require extraordinary evidence, and the scientists working on Opera – who cannot be faulted for the thoroughness of their experimental work – are the first to admit they have no idea how their result is possible. They also know where potential faults in the experiment still lie and, so far, they have ruled out one potential source of systematic error. But they admit there may well be others.”

Meaning, before he pours the ketchup on his underwear, the good professor is going to wait until another group of scientists repeat the findings independently. As of this writing, a consortium of American, Russian and British scientists are preparing to do exactly that: the plan is to send neutrinos from a laboratory in Chicago to the Canadian border.

And what if the results of the CERN team are confirmed? Speaking to The Telegraph, Dr Giles Barr, an Oxford University physicist, took that possibility into a dimension that until now has been the preserve of genre fiction: time travel.

“The profound thing that could happen here is that some people in a very fast spaceship could actually observe these neutrinos leaving after they have arrived in the place where we have seen them,” he said. “In other words time could be travelling in reverse. It is a very mind boggling thing.”