Most American holiday of them all

Most American holiday of them all 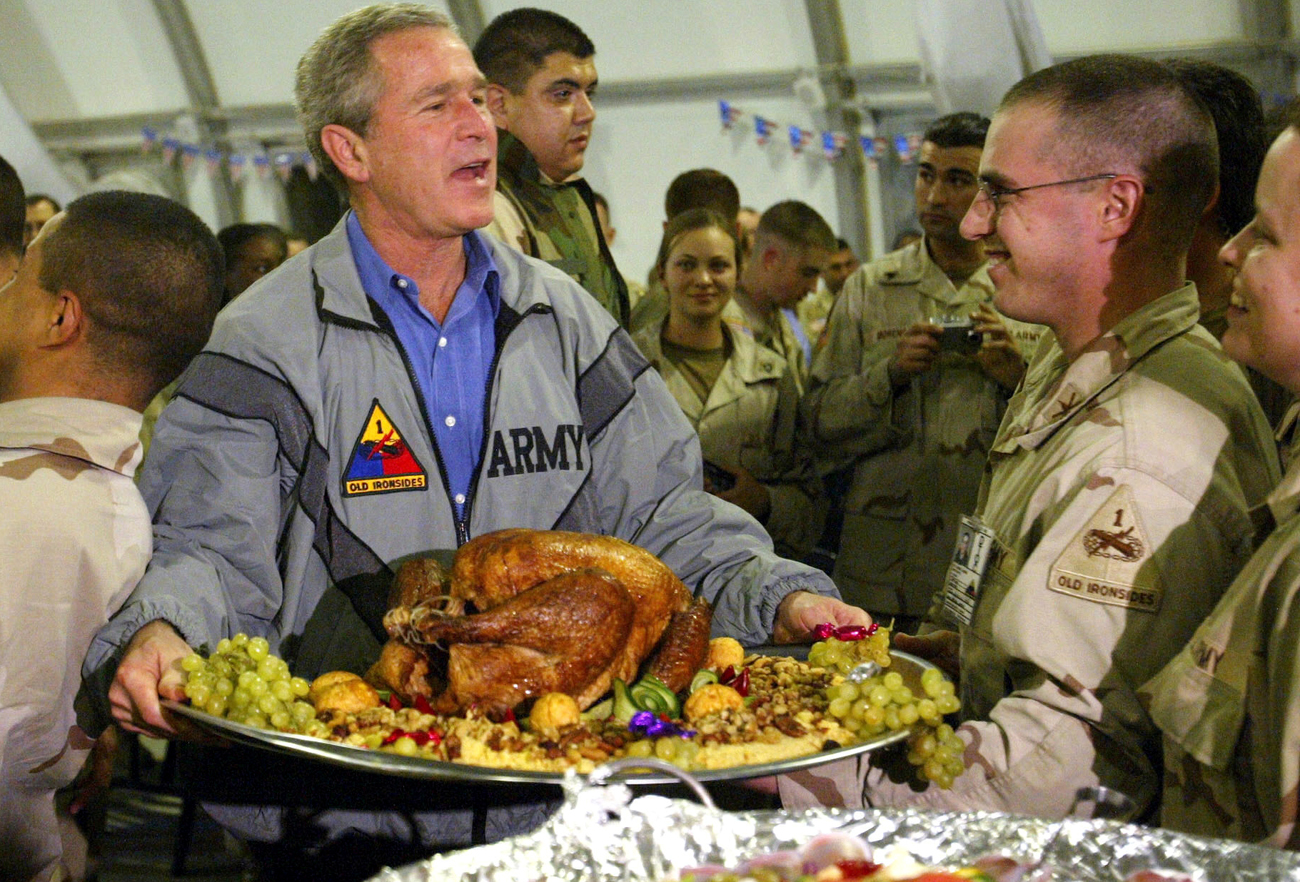 In this story, Daily Maverick takes a break from all the economic, financial and political gloom and doom to explore that most American of holidays, Thanksgiving. By J BROOKS SPECTOR.

Americans sometimes think they have the Thanksgiving Day. And they have a point – this holiday is thoroughly interwoven into the fabric of the country’s history in a very special way. And of course, there is a connection with the country’s cuisine as well.

The popular mythology is that in 1620, a band of stalwart Protestants, popularly called “Pilgrims” in the US, fled to the New World to escape the sins and corruptions of the old, departing from Plymouth, England (actually Southhampton) and landed on the rocky storm-rimmed coast of the southern side of Cape Cod (actually a sandy, gently sloping beach). They mythically wore their trademark tall black hats, black clothes and modest white lace collars (as opposed to the English court’s vulgar, flamboyant starched ruffs).

And after nearly starving to death, and landing at the wrong time of year to plant any crops., the remaining half of their desperate colony was rescued in the following spring by the friendly Wampanoag Indians who taught them to plant corn (maize) together with beans, with the seeds placed in a small mound with a fish as organic fertilizer for the nutrient-poor sandy soil. The first Thanksgiving dinners almost certainly did not have turkey as a centrepiece – more likely venison and cod.

In the midst of the American Civil War, Abraham Lincoln fixed the date for the holiday with a presidential proclamation that read in part: “In the midst of a civil war of unequaled magnitude and severity, which has sometimes seemed to foreign States to invite and to provoke their aggression, peace has been preserved with all nations, order has been maintained, the laws have been respected and obeyed, and harmony has prevailed everywhere except in the theatre of military conflict; while that theatre has been greatly contracted by the advancing armies and navies of the Union.

“They are the gracious gifts of the Most High God, who, while dealing with us in anger for our sins, hath nevertheless remembered mercy. It has seemed to me fit and proper that they should be solemnly, reverently and gratefully acknowledged as with one heart and voice by the whole American people. I do therefore invite my fellow citizens in every part of the United States, and also those who are at sea and those who are sojourning in foreign lands, to set apart and observe the last Thursday of November next, as a day of Thanksgiving and Praise to our beneficent Father who dwelleth in the Heavens… “

Subsequent congressional action set the date as the fourth Thursday of the month where it is now.

In more innocent times, say pre-Vietnam War, American school children would act out primary school pageants with tall pilgrim hats, turkeys, friendly Indians, the chaste love triangle of a gruff Captain Myles Standish, a smooth-talking John Alden and the demure Priscilla Mullens – despite the whole group of elements being something of a tapestry of truths and virtual fiction. In a way, Thanksgiving became a perfect marriage of civic virtue and non-denominational religion, recapitulating the founding myth of American exceptionalism.

More recent add-ons to the day’s symbols now include an annual presidential pardon of a very large tom turkey, donated to the president by a national turkey raisers association – a rite first carried out by John Kennedy in 1962. Presumably previous turkeys donated to the White House were simply eaten without much hand-wringing over their future life. Another part of the newer Thanksgiving is a tradition – begun by Jimmy Carter – of presidents and their families spending time on the serving line at a local homeless shelter, before going back to the White House to share their own meal with some lucky guests and family members. Other high officials in these more perilous times have made a point of spending time with the troops on assignment in Afghanistan, Iraq and earlier during the Vietnam War.

Most recently Black Friday has become the newest Thanksgiving tradition. This one seems to have come to life only in the past decade. First formally noted by business journalists in 2002, and unlike other Black-themed days of the week, Black Friday refers to the day when retail businesses cross over the “threshold” into a yearly profit position – going into the black. As a result, the Friday after Thanksgiving is now popularly understood as the single biggest sales day in the American retail calendar, even though the day after Christmas is the biggest day for returns and exchanges by dissatisfied recipients.

In an increasingly desperate effort to leapfrog into profit, large retail chains have now taken to starting Black Friday at midnight on Thursday – just after the feast, the football and a long nap – while online shopping outlets have been listing specials from Thursday morning onward. Chains like Walmart have even started providing smartphone access to maps within their stores to point customers towards the best specials, while other chains have started posting obscured bar codes so customers can not compare shopping as they cruise the malls looking for bargains.

Black Friday will now be a major measure of whether consumers have relented on shelling out, or if they are still hurting enough from the economic downturn to put off major purchases. In the next few weeks, as sales figures are posted, much analysis will focus on this point and on predicting which chains are in trouble, and which products are the new must-haves. One can expect sharp manufacturers in Guangdong, Shanghai and Ho Chi Minh City will be watching just as carefully.

For South African readers who will only buy their turkeys for Christmas, here’s an insight into the perfect bird: after defrosting, washing and removing the giblets, fill the cavity with beer and plug the opening with an orange or apple. Make your stuffing separately and bake later. Coat the bird with maple syrup, golden syrup or honey, wrap loosely in aluminium foil, but snugly at the edge of the roasting pan, and roast slowly at around 160°C to 180°C for several hours – depending on size. For the final 20 or 30 minutes, turn the heat up, remove foil and brown the outside. By the way, you will have enough liquid to make a killer gravy and the bird will be easy to carve and very, very juicy. Promise. DM