Africa's ousted dictators live high on the hog while na... 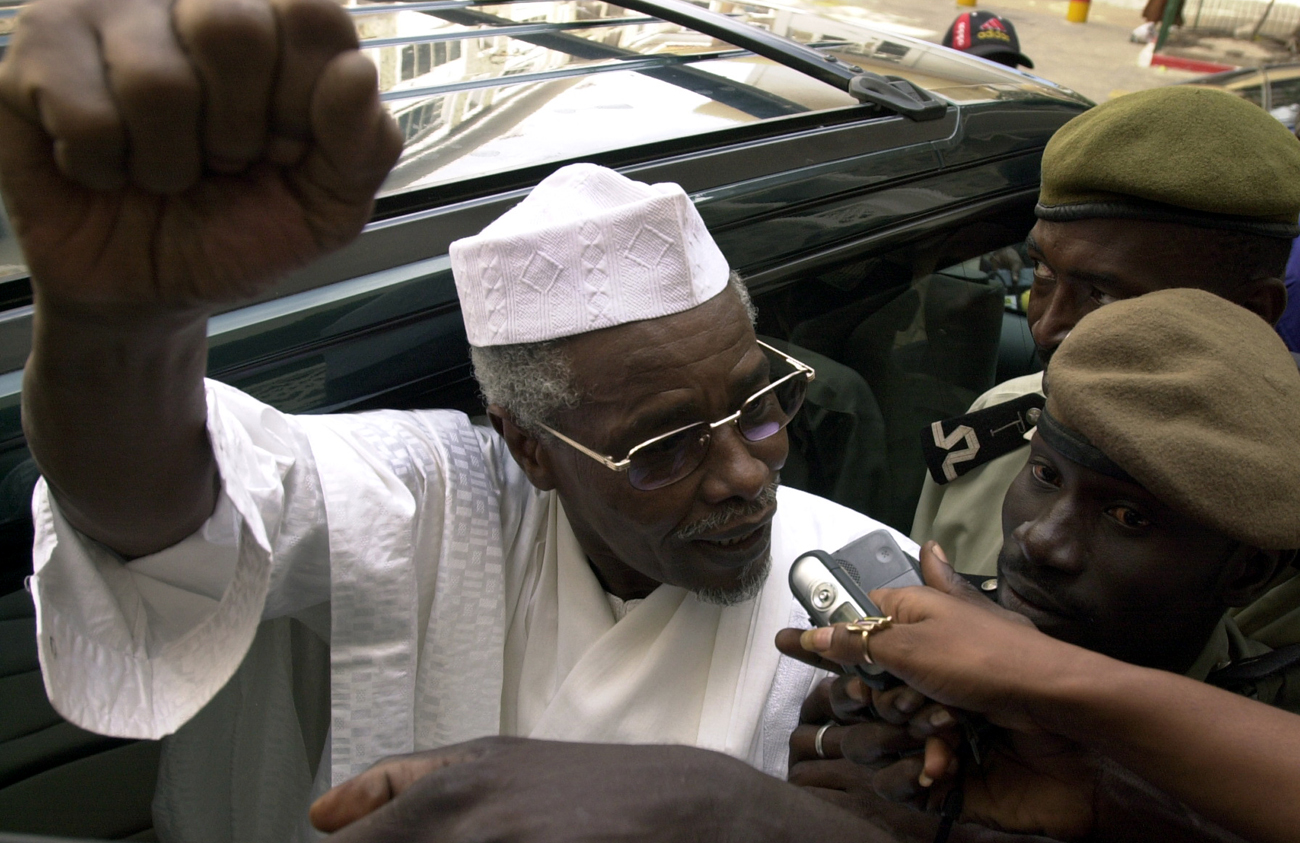 “Africa’s Pinochet” Chad’s brutal former dictator Hissene Habre has been in exile for 20 years, sunning himself in his Dakar home as his countrymen bickered about how and where he should stand trial. Now they’ve agreed he can be tried in Belgium. All the same, Habre’s case reveals how international justice is sometimes no justice at all. By SIMON ALLISON.

Hissene Habre has spent more time in exile than he did ruling Chad. But he was very busy during his eight years in control of that large, dusty and sparsely-populated country (1982-1990), and still today it bears some resemblance to the brutal police state Habre established. “Africa’s Pinochet”, Human Rights Watch calls him, a reference to the estimated 40,000 murders under his regime, along with about 200,000 torture victims. These are estimates given by a Chadian commission of inquiry formed by Habre’s successor, Idriss Deby, who remains in power after unseating Habre in a coup 21 years ago.

The story behind Habre’s fall is an insight into the geopolitical machinations which continue to make Chad so difficult to govern. Before gaining power, Habre had been a rebel, notorious for kidnapping a French woman and killling the French agent sent to negotiate her release. But, nonetheless, his politics found favour in the scheming foreign offices of France and the US, particularly his avowed antagonism towards Chad’s meddlesome northern neighbour, Libya. So with a great deal of support from these two countries, Habre led a march on N’Djamena and seized control of Chad.

Eight years later, one of his top lieutenants copied Habre’s strategy, with one key difference: instead of US and French support, Idriss Deby was funded by Muammar Gaddafi. Habre was forced into exile, first next door to Cameroon and then on – some even suggest by US arrangement – to exile in Dakar, made comfortable by the presence of his family and a tidy $11 million in the bank.

But he has not been left in peace. A dogged campaign led by some of his victims and supported by Human Rights Watch has been trying to bring Habre to justice. It’s been a long and difficult road, evidence of the complexities involved in trying to hold a former head of state responsible for his actions.

Firstly, the organisation tried to get Senegal to prosecute Habre. Senegal declined, saying its courts had no jurisdiction. Then HRW indicted Habre in Belgium, which is one of those countries (Spain is another) that has given its courts universal jurisdiction over human rights abuses. This looked initially like a promising solution until the African Union became involved. It didn’t want a foreign, colonial power to serve justice on an exclusively African issue, so it put huge pressure on Senegal to finally get involved. Senegal acquiesced in 2006, agreeing to alter its laws to allow for Habre’s prosecution there. Senegal now has a similar universal jurisdiction law over human rights abuses as Belgium and Spain.

Not that Senegal has used its fancy new law. Although it is now in place, the Senegalese government has been trying all sorts of delaying tactics to prevent the trial going ahead. Its most succesful one demanding $40 million from the international community for the costs of holding a trial. A brand new venue has been budgetted for, as well as the costs associated with bringing more than 500 witnesses to testify. Campaigners aren’t convinced any of this is necessary and believe the trial could be held for a fraction of the price, which the international community might meet. Senegal stalling is probably because its leadership is worried about how the conduct of such a trial will affect its relations with other regional leaders who have governing records not dissimilar from Habre’s.

And in all this, the country at the centre of the allegations hasn’t been given much of a look in. Chad wants to try Habre themselves, and says it is the only way the Chadians can see justice being served on their former tormentor. At one point earlier this year it looked like Senegal might actually acquiesce to this demand, until the United Nations stepped in. Navi Pillay, UN High Commissioner for Human Rights, expressed concerns that Habre would not receive a fair trial in Chad. She’s probably right. So Senegal had to put that on hold.

But finally, this week, saw a breakthrough of sorts. Chad told an NGO involved in the Habre case it would be happy for Habre to be tried in Belgium. While the AU might not be too happy about this, it’s hard for them to argue the case if Chad is in favour. And if the AU supports it, then Senegal will probably follow along, relieved perhaps to be rid of a man who was proving something of a diplomatic headache. So while Habre is not on trial yet, he’s closer than ever before to appearing in court to answer for his actions.

But it’s taken more than two decades to get to this position, and in the meantime there has been nothing even approaching justice for the hundreds of thousands of people who suffered under his regime. And in the international tug of war around how and where he should be tried, there is a lesson to be learnt for the international community who have been contemplating similar situations after this year’s record number of deposed leaders: international justice, even at its most well-intentioned, can sometimes mean no justice at all. DM