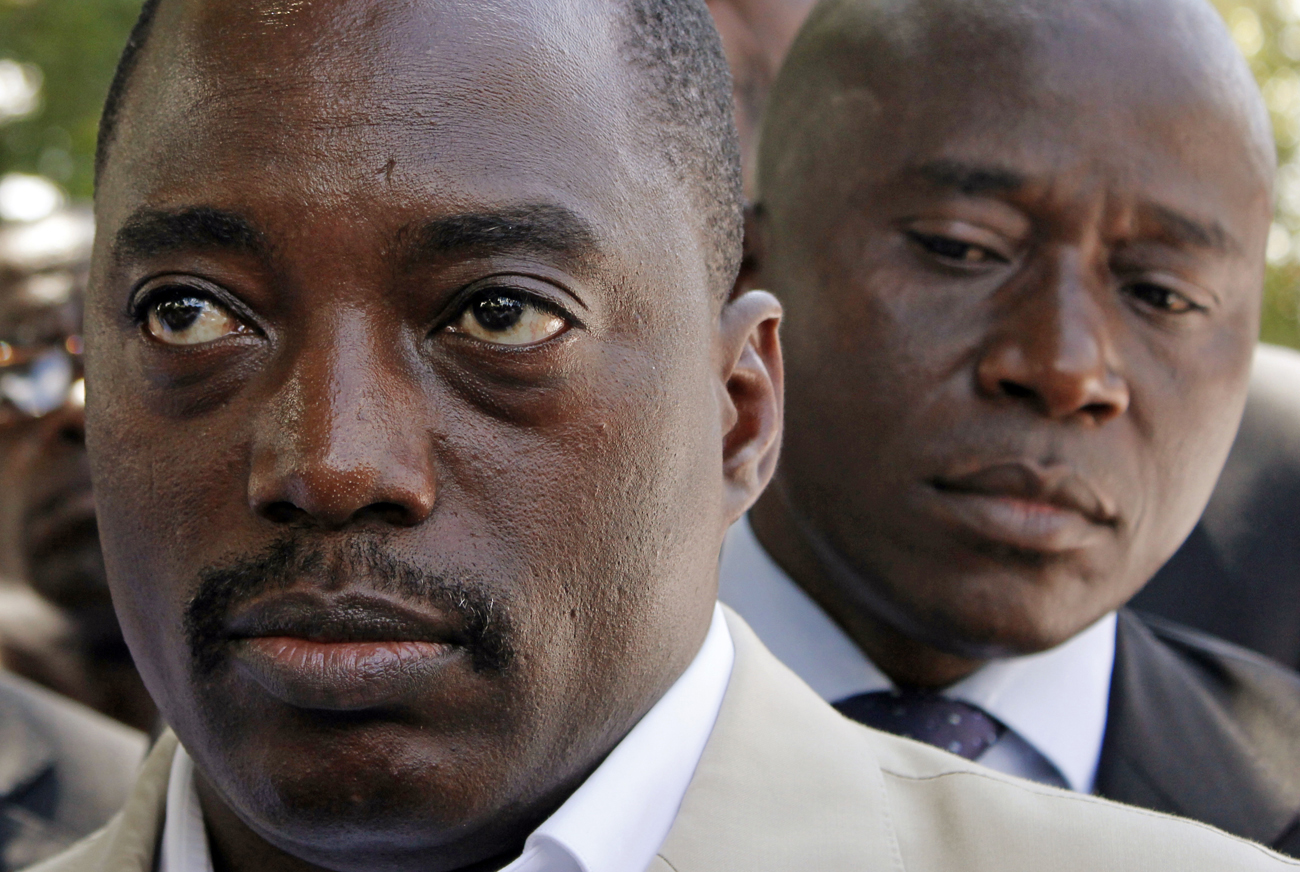 In the next week, three African countries - Gambia, the Democratic Republic of Congo and Egypt - are going to the polls in the busiest electoral period of the year. In theory, they’ll vote for new leaders - an exercise representing how far Africa has come, but how far it still needs to go. By SIMON ALLISON.

It’s been 16 years since Yahya Jammeh came to power in a bloodless coup in the Gambia, seizing control of the tiny country which is little more than an English-speaking splinter in Senegal’s side. He’s looking for a fourth term as president, and he’ll get it. As he’s well aware. “If re-elected for another five years, which I am 100% sure of, I will make sure that my government unveils new projects for Gambians every three months,” he told a well-staged rally on Tuesday, the final day of campaigning. He has previously claimed that only God himself can remove him from power.

A report in Africa Review described the final campaign stop nicely: “Dressed in his typical garb of billowing white robes, clutching prayer beads and a sceptre, Jammeh greeted the crowd of orderly and adoring supporters, all perfectly decked out in party colours. Prompted by military officials, the crowd would surge forward, cheer wildly and then quickly retreat to seated positions in the blazing heat, while free cool drinks were handed out. International journalists were handed party T-shirts and instructed to put them on by soldiers.”

Gambia’s elections are essentially for show. Opposition candidates stand no real chance, especially given the amount of money behind Jammeh’s campaign. As one analyst commented: “[Jammeh] has the money to buy each vote a dozen times over.” Couple this wealth – the product of an all-too-blurred line between state resources, ruling party resources and Jammeh’s own wealth – with his willingness to resort to brutal intimidation to keep opponents quiet, and it’s clear that Jammeh’s confidence in victory is well-founded. The result is such a foregone conclusion that the Economic Community of West African States has refused to send observers, saying the preparations and political environment in the country are not conducive to free and fair elections.

Jammeh’s supporters deny this claim, and point to the country’s steady if slow economic growth, infrastructure development and political stability as evidence that his rule is benevolent. This justification looks especially thin this year, after the protestations of benevolence of at least three African dictators – Mubarak, Ben Ali and Gaddafi – were unceremoniously rejected by their people.

After Gambia’s elections, focus shifts immediately to the Democratic Republic of Congo, where incumbent Joseph Kabila looks like he’ll edge it over his opponents, who have struggled and ultimately failed to unite against the ruling party. Kabila is the son of Laurent Kabila, one of the leading figures in the fight against former dictator Mobutu Sese Seko and the country’s first president after Mobutu’s downfall. Kabila senior was assassinated while in office and immediately succeeded by his son.

Chaos, the most common descriptor of the country itself, is perhaps the best word to describe the run-up to Sunday’s presidential elections; if they go ahead. There are some fears the election won’t go ahead as planned if the logistical challenges around getting polling material to polling stations can’t be overcome in time. In addition to this, there have been pre-election violence, some shadiness in the operations of the electoral commission and the bizarre proclamations of main opponent Etienne Tshisekedi, who told listeners on a radio station that he had already been chosen as president by popular acclaim. Tshisekedi will certainly give Kabila a run for his money, as he commands plenty of support in regions that aren’t big fans of Kabila. For a detailed analysis, read DRC expert Jason Stearn’s blog post. Ultimately, the momentum that comes with being a sitting president should see Kabila re-elected. But don’t expect anything to go smoothly – there will be plenty of accusations of vote-rigging and there could well be post-election violence.

This would be a disaster for the DRC, which is making its very first steps on the road to recovery after the wasted Mobuto years and the ensuing pan-African war over resources which at one stage involved armies from at least 10 African countries. The best-case scenario is that the election is not perfect, but passable, and provides enough legitimacy for whoever wins to start building a nation.

Finally, Egyptians are meant to choose their elected representatives for the first time since their independence from Britain. They’ve voted before, of course, but in the days of Hosni Mubarak the entire electoral process was tilted so far in favour of Mubarak’s party that there wasn’t much in the way of choice, as evidenced by the 90%-plus majorities he regularly obtained. But there’s been a revolution, and Mubarak’s gone, and the parliamentary elections on Monday were going to be a symbol of how far Egypt has come in the intervening months.

Except they haven’t come very far at all it appears. The interim military government started flexing its muscles, trying to protect its power, and Egypt’s revolutionaries realised their job wasn’t finished. So they returned to the streets and the military responded in exactly the same way Mubarak did: using force to stop the crowds, killing dozens and then offering a few half-baked compromises thinking the problem would then go away. It hasn’t.

What this means for Monday’s parliamentary elections is unclear. The military government insists they’ll go ahead, but several parties have suspended their campaigns, including the Muslim Brotherhood, thought to be Egypt’s most popular party. They have not yet withdrawn from the elections, but that’s certainly an option and, if they do, the elections won’t have any credibility. Even if they do go ahead, unless the military government makes some comprehensive reforms – which protesters in Tahrir Square say must include handing over power to a civilian transitional authority – then it won’t be the cathartic, coming-of-age moment Egypt’s revolution is so desperate for.

This coming week is a big one in Africa’s democratic progress. Three countries, three elections, and three chances to get thing right. But also three chances for things to go wrong – again – and at present that’s the most likely scenario. DM