Black Tuesday: There's more where that came from

Black Tuesday: There’s more where that came from 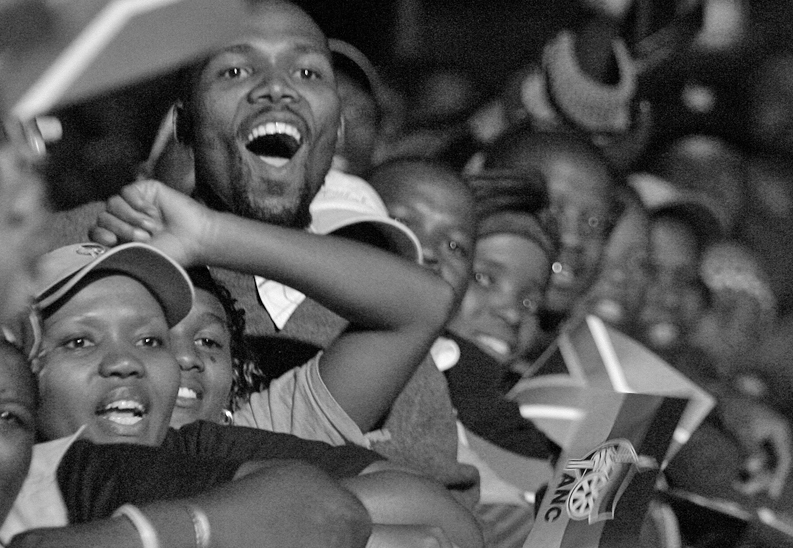 Slowly but surely, a whole lot of people are coming to terms with the fact that the African National Congress just ain’t what it used to be. But, writes CHRIS VICK, that could be because their view is a nostalgic one hinged on the ANC of Mandela, Sisulu and Tambo, rather than the reality of what the 99-year-old ANC really is.

So when ANC members in the National Assembly voted in favour of the Protection of State Information Bill (for the POIB is, still, a Bill), it was really a sign of the times – proof, if you still needed it, that the ANC is on the ropes when it comes to how to govern.

There is no doubt that, if ultimately signed into law in its current form, the POIB will knock a huge dent in our democracy. It poses new challenges to real democrats, raises serious questions about the ANC’s commitment to key elements of our Constitution and opens the ANC to criticism from a range of important local and international voices.

But there are other theatres where the ANC is losing serious battles, and which require the urgent attention of all South Africans. Because – unless we turn some sort of magical corner – the more the ANC gets a bloody nose on these battlefields, the more it is likely to come up with other POIBs.

You don’t have to be a foreign spy to realise that this means more steps – including legislation – which are aimed at doing nothing more than protecting the ANC’s political preserve.

And you can bet your last copy of the Constitution that this includes a media appeals tribunal before the end of next year.

Analysing the extent of the ANC’s difficulties highlights why the movement is prepared to risk local and international condemnation by seeming to spit on a key page of the Constitution.

The National Planning Commission provided a sober summary of the scale of those challenges in its diagnostic report, published in September this year. Its list of “critical issues” facing South Africa – and, thereby, the ruling party – is profound:

It’s a wonder anyone in government sleeps at night with that hanging over them – it’s the ultimate “challenge” for an organisation whose key competence is liberation rather than governance, even if the target date for real change is 2030.

But if the 2011 ANC leadership can’t make up its mind over just one of those items – bullet two: a growth path – and dithers over three current and largely parallel current conversations over economic policy – the NPC, the New Growth Path and the strategy for industrial growth – how capable is it of biting the bullet on some of the real social challenges facing the country it rules?

Take a look around you. The ANC increasingly finds itself walking a political, economic and social tightrope – and, to make it worse, a potentially destructive global recession is looming down below.

In government in particular, the ruling party is caught between the bite of two self-made scourges: rampant corruption and dismal under-performance,

The Special Investigating Unit recently informed Parliament that approximately 20% of government procurement-spend is lost on corruption.

At the same time, government appears to be undershooting most of the targets announced by President Jacob Zuma since his appointment. Whether it’s economic growth, job creation (real or imagined), interventions into health care, education, housing or rural development, government’s well of good news seems to be drying up.

On top of this, even government’s own elaborate monitoring and evaluation mechanism – an indicator of its own progress – seems to be floundering. Despite the presence of some of the country’s most skilled technocrats, and a recently appointed deputy minister to boost Collins Chabane’s political leadership, the presidency seems unable to keep up with its own system. No new performance statistics have been published on its website since August; in many cases, there is just no data available to show how government is performing in terms of its own Programme of Action. And where there is data, it shows scant progress since performance agreements were signed in public ceremonies last year.

What this means is an increasing slide, and growing signs of potential delivery failures – and missed targets, which means dashed public expectations – in crucial socio-economic services. All these services are intended to benefit one constituency the most: the poor, who make up the vast majority of the ANC’s support base.

So at a time when there is a profound need for political direction and leadership in government departments, South Africa is left lacking. Even the health minister, who seemed to be Zuma’s silver bullet when some of his Cabinet colleagues seemed as lethal as a potato gun, seems to have retired from public view. And the Cabinet reshuffle – which one would have expected to reinvigorate and revitalise government – seems to have little effect on the levels of energy and commitment in Pretoria. We are back to the malaise, and kicking crucial decisions into touch.

You can see similar “challenges” in Cape Town: officials working in Parliament still reminisce about the Class of ‘94, the first wave of ANC cadres who were sent to the National Assembly to craft a new Constitution, to scrap apartheid legislation and write new democratic laws for our new democratic society.

The quality of debate back then, when MPs were flush with the newness of being in office (if not yet in power), was intense. The commitment was immense. And there was nary a scandal, a travel claim fraud, a sexual harassment charge or a conflict of interest to speak of – proof, if you would, of the caliber of cadres who were appointed public representatives.

Today, some of the honourable members who aren’t sleeping in the House are probably only still awake out of fear of another Sunday Times investigation into building leases, a Mail & Guardian expose of their dodgy tenders in the Northern Cape, or a City Press exclusive on the size of their “pipi”.

Little wonder, then, that the POIB debate went the way it did, and that at times it felt like a lynch-mob for the media elite who attended the session in black. It was public payback time for all those articles on the arms deal, the president’s love-children, the deputy president’s airplanes or the presidential non-spokesman’s trips to Disneyland.

Amid all this, you could be forgiven for starting to think the ANC has lost the plot. Except there’s one plot it will never lose – the Ultimate Plot: The succession battle.

It’s clear that most ANC leaders are almost totally distracted by Mangaung 2012 and the political in-fighting that goes with it. If it’s not Malema, it’s Sexwale and Madikizela-Mandela. If it’s not Mbalula, it’s Gigaba and Mantashe. If it’s not Zuma, it’s Motlanthe.

So rather than increased service delivery and a ruling party which pays increasing attention to the people who voted it into power – all of which would result in more good news, and less need for secrecy – government focuses on ways of keeping the bad news out of sight. And spends almost all its energy on incessant, soul-destroying in-fighting over who gets to inherit the ANC in 2012.

As the ANC’s secrecy swords are brandished, as the condoms burst, as the commissions of inquiry build caseloads quicker than government builds RDP houses, the very thing which could rescue the ANC – delivery of services to the people, and a better quality of life for all – slides.

As the political infighting increases, the political delivery decreases. Stalemate. And the ruling party increasingly finds itself with its back against the wall.

Nostalgically, then, some among us are left to recite verses about freedom of speech made by former president Nelson Mandela in 1955, 1963, 1990 or 1994 – forgetting that the times have changed profoundly since then, and the ANC with it.

There were far fewer blue lights back then, when those comments were made. No lavish refurbishment of ministerial homes. No free flights on SAA. No free breakfasts, lunches and dinners. No shopping trips to conference venues in New York. No arms deal. No tenders. No tenders. NO TENDERS.