Shared honours for a short but deep Test series

Shared honours for a short but deep Test series 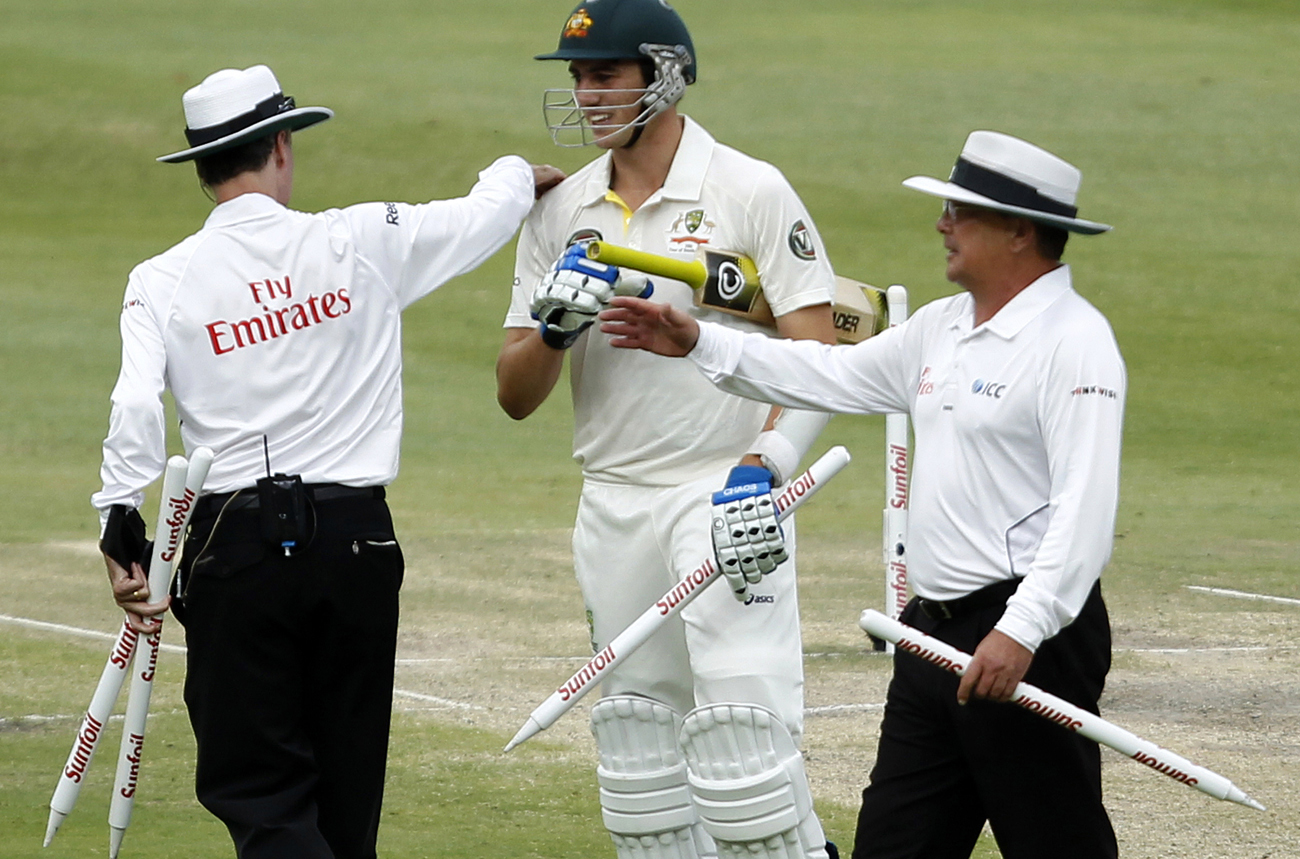 The Australian team stood firm and won the final Test at the Wanderers, sharing the spoils of the series with the Proteas. PAUL BERKOWITZ looks back on a magical, all-too-brief fortnight.

“What an exciting and eventful time the last two weeks has been for cricket lovers everywhere”, I imagine the archived newsreel might say of the Test tour between South Africa and Australia. Scratch that – it’s been an emotionally fraught time that has left those of us at the epicentre of all the madness a bit shattered.

We’ve witnessed two classic Test matches between South Africa and Australia, the suicide and subsequent scandal of a giant of cricket commentary, and the death of a South African legend who had a glittering international career for England but never played a Test against the country of his birth, thanks to apartheid.

If the losses of Peter Roebuck and Basil D’Oliveira were the tragedy, it was harder to call the genre of the two Test matches that bookended their deaths. Was the Newlands Test a horror story? A satirical fable told through the allegory of sport? The Wanderers finale had a bit of the Western in it, with the grizzled heroes (Ponting, Hussey, Amla) taking on the young gunslingers (Philander and Cummins). For the Australian fans, their team’s two-wicket victory to square the series 1-1 could be The Great Escape, or maybe the Aussie remake of Rocky II. For South African supporters hoping for the first home series win against Australia in decades, they might as well have been Waiting for Godot.

The final Test was a much more back-and-forth, ebb-and-flow Test that fits the classic stereotype of What Good Cricket Should Be as opposed to the freak event that was the first Test. The Wanderers strip was less of a bowlers’ paradise and saw better application from batters on both sides, particularly in the final two innings. Ultimately the clenched-jaw resolve of the Australian middle order prevailed over the South African attack late on the fifth day and won the Test by a nose.

The drawn series is a fair reflection. The Proteas may have been the better team on paper but their batsmen failed to knock off the rust and their bowlers were just not hungry or lucky enough to take 40 wickets. Captain Graeme Smith still doesn’t have the killer instinct to keep his foot firm on the Australian windpipe at crucial moments; he didn’t trust his bowlers enough to set aggressive fields when the Australians were on the back foot. On the other hand, if he and the rest of the batsmen (with the exception of Hashim Amla) had done their jobs properly, then the bowlers would have had more of a cushion of runs and the luxury of bowling to proper Test fields throughout an innings.

There are many more positives to take out of this series than negatives. Both sides have discovered wonderful bowling prospects that could form the core of future attacks: Vernon Philander and Imran Tahir for South Africa and Pat Cummins for Australia. Philander won Man of the Match at Newlands for his eight-wicket debut and Man of the Series for his 14-wicket haul, including a fifer in each match. Cummins (to whom I owe many apologies) took six wickets in the second innings of his first match at the Wanderers and was Man of the Match.

Fans of Test cricket were treated to a game at the Wanderers that was as close to the perfect match as you could script for Bollywood, with shifting fortunes, brilliant debuts, agony, ecstasy and a photo finish in the final hour of the final day of the tour. It is criminal that the tour organisers could not have added another Test or two to the schedule.

In just under a month the Proteas will start a three-Test series against Sri Lanka, a team long-overdue for a tour here. The Sri Lankans are not expected to pose as much of a challenge as the Australians have, but you can never really tell with this funny old game. We can only hope that this all-too-brief Test Series with Australia has whetted the appetite of South African fans for more. DM