Nawaal Sadaawi and Nadine Gordimer on South Africa, Egypt and the search for democracy 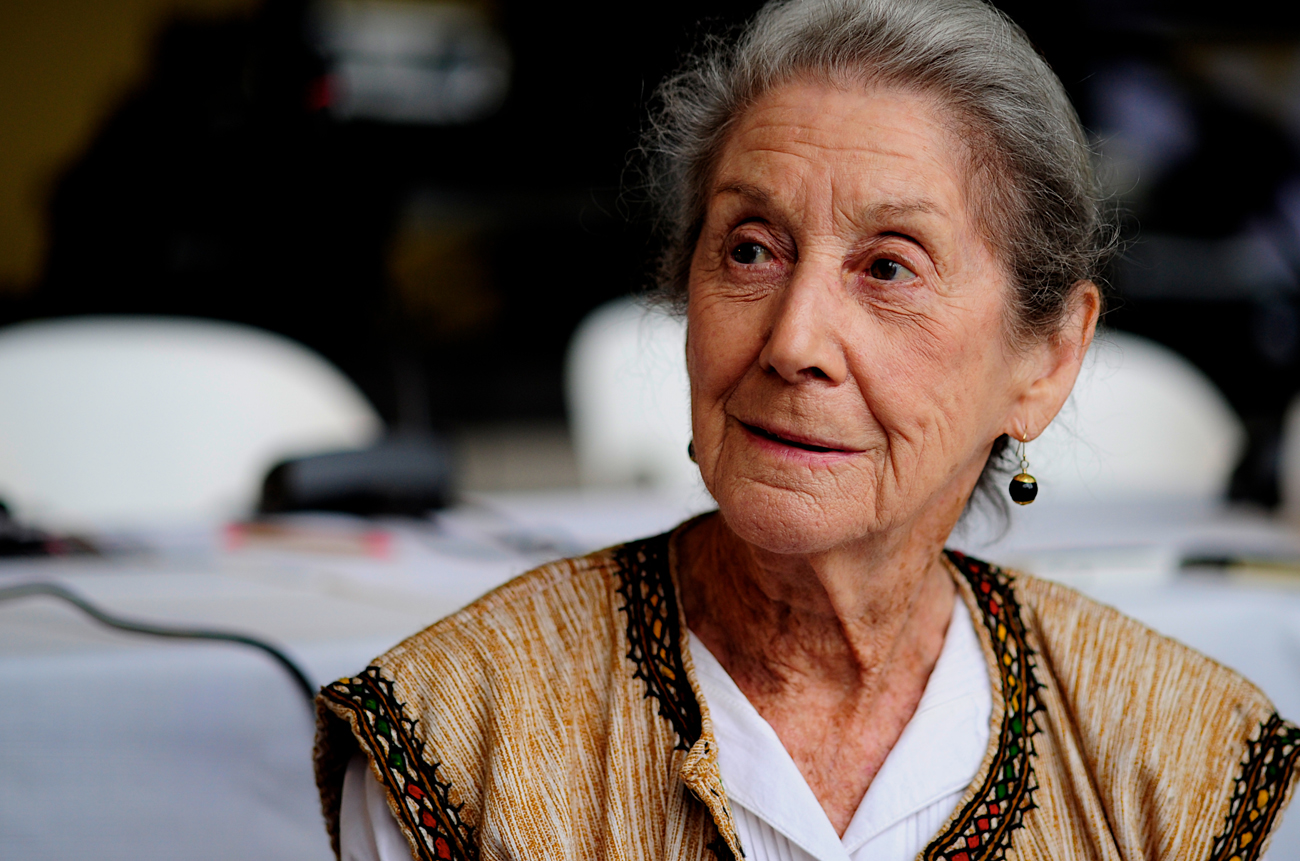 It was not the most opportune time for a literature festival in Johannesburg. In an act of daring cunning that never fails to raise the ire of motorists, cyclists had commandeered this city’s roads while in a restive enclave of Illovo, a group of men battled for ascendancy in a game of cricket. While the more uncultured of the city’s booklovers were in raptures at the cinema, the pretentious snobs among the literary class were robbed of an opportunity to listen to some of literature’s living greats reflect on the shifting position of women in African literature. By KHADIJA PATEL.

The second African Women Writers’ Symposium hosted by the Department of Arts and Culture in partnership with the Windybrow Theatre and the School of Languages and Literature at Wits University may have been poorly attended but certainly not a waste of tax revenue. The symposium was a well intentioned attempt by government to breathe fresh life into a tired publishing industry in South Africa.

Minister of Arts and Culture Paul Mashatile, says about the symposium, “In addition to affording African women a platform to tell their stories through the written word, the symposium is also aimed at creating opportunities for African women’s meaningful participation in the R3.2 billion per annum book publishing industry. The meaningful participation of African women in the book publishing industry and other economic opportunities within the cultural and creative industries are at the core of the Department of Arts and Culture’s Mzansi Golden economy strategy.

As the resident matriarch of South African literature, Gordimer celebrated her 88th birthday at the symposium on Sunday. Author, scriptwriter, Nobel prize winner and a one-time ANC member, Gordimer is soon to release her 15th novel. She showed none of the vulnerability old age portends, and it was fitting that Sadaawi spoke animatedly of a need to overcome the fear of death and loneliness. “We have to fight against fear,” Sadaawi said.

Last year when a Guardian journalist asked Gordimer, “Where do you get your energy from?” she responded, “Who knows where you get it from? You must muster your resources and do what you have to do.” Most recently, Gordimer has been at the forefront of activism against the government’s planned secrecy bill. With unflinching temerity, she decried the threat to freedom of expression in South Africa. “When people come to power they forget the ideals that brought them to power,” she said. Reflecting on the dawn of democracy she says, “We never interrogated what a new South Africa would be like.”

While Sadaawi talks with an admirable candour, Gordimer is more measured; still, she responds unhesitatingly to a question from literary critic Maureen Isaacson on the greatest challenge facing South Africa today. “Corruption in core people,” she says with a quiet determination that proves a fitting commentary to the Sunday headlines. Sadaawi too proved an erudite commentator to events in Egypt on the day. As clashes between security forces and protesters in Cairo left 11 dead, Sadaawi decried the “mistakes” of the Egyptian revolution. “The head of the regime was removed but the body remains,” she said. And as debate ranges in Egypt about a possible postponement of the parliamentary elections scheduled for 28 November, Sadaawi dismissed the election as a sham designed to protect the interests of the military and the religious elite. Sadaawi, known well as Egypt’s radical feminist, points out that the Egyptian revolution has left women bereft of their rights.

To prove Sadaawi’s point, last week, 20-year old activist Aliaa Magda Elmahdy apparently thought she was striking a blow for sexual equality and free expression in Egypt when she posted nude photographs of herself on a blog. Sadaawi believes there is no real democracy or freedom of expression in a capitalist, patriarchal society. Gordimer responds, “We need a new –ism.”

In a remarkable back-and-forth between them, the Egyptian asks Gordimer, “How can South African people become as politically liberated as they are economically liberated?” Gordimer responded succinctly: “We are yet to defeat the apartheid within ourselves.” DM