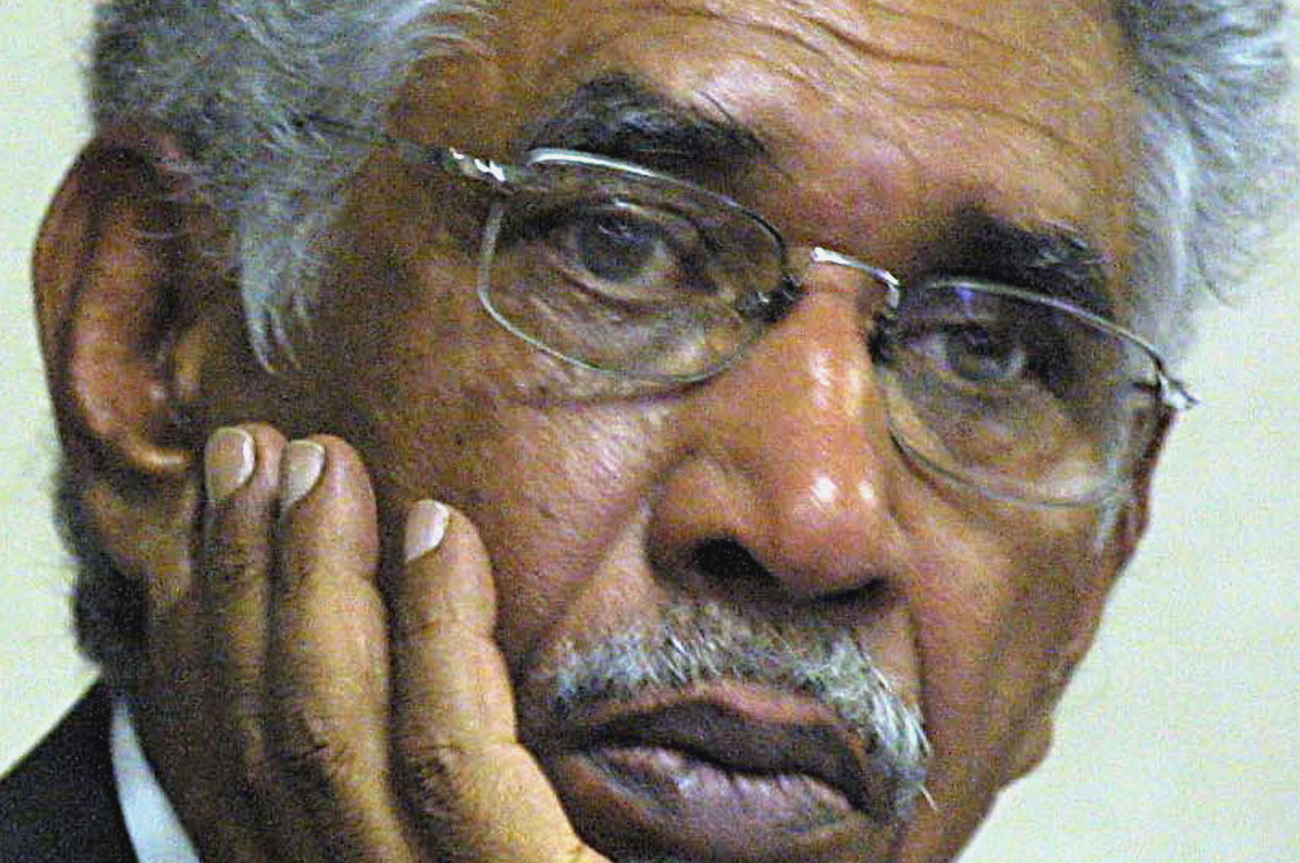 Presidential spokesman Mac Maharaj has had a rough few days. As well as being the subject of the Mail & Guardian's censored lead story on Friday, two days later the Sunday Times published a page-one story alleging that Maharaj and his wife received millions from French arms-company Thales. He's responded with defensive tactics: firstly, emphasing his rights under current legislation; and secondly, pointing fingers at other people (especially the media and that bladdie agent, Nic Dawes), rather than addressing the matter at hand – the accusation that he lied to the Scorpions. By THERESA MALLINSON.

Friday’s Mail & Guardian hit the streets with 80% of its lead story blacked out. M&G editor Nic Dawes explained the context of the story: “The background… is the Scorpions’ now defunct investigation into Mac Maharaj’s financial relationship with Schabir Shaik and the French Arms company, Thompson. And it reflects on the flow of money between them.”

Just before the newspaper’s Thursday print deadline, it received a letter from Maharaj’s lawyers, noting the fact that publishing the information contained in the story would be in contravention of the National Prosecuting Authority Act. Maharaj had been subpoenaed to appear before an inquiry by the now-defunct Scorpions under Section 28 of the Act. Section 41 of the NPA Act rules that disclosing any information given as part of a Section 28 interview is illegal. The punishment is 15 years in prison, or a fine, or both. However, the Act does not specify that merely possessing such information is a crime.

After taking advice from its lawyers, the M&G decided not to publish the story, and instead redacted the relevant sections. Dawes said that the paper has now asked national director of public prosecutions Menzi Simelane for permission to publish the material, a recourse that is specified in the law. However, if permission is denied, the M&G, which believes Section 41 of the NPA Act is unconstitutional – especially since it does not offer a public-interest defence – will launch a legal challenge this clause of the Act. “For now we are going to fight this bad law, within the law,” Dawes wrote on Friday. “It is clear to us that the Act is vulnerable to constitutional challenge. It is a commitment that is going to be seriously tested if people like Maharaj continue to hide from public scrutiny behind the NPA Act.”

In radio debates on 702 and SAfm on Friday, Maharaj and Dawes faced off. In short, Maharaj’s position was that the M&G’s possession of the records pertaining to Scorpions inquiry is unlawful; that if the M&G thinks the public-interest argument is pertinent, it should’ve published the story in full and accepted the consequences of breaking the law; that the interview he gave to the inquiry cannot be viewed in isolation, but must be seen in the context of the “whole truth about the arms deal”; and that he will not answer to Nic Dawes.

Dawes, however, maintained that possession of the documents in question is not in itself illegal; that the M&G would fight the NPA Act within the framework of the law, rather than committing a crime; that the information the M&G has within its possession shows that Maharaj lied to the Scorpions’ investigation; and that he did not expect Maharaj to answer to him, but the South African public.

On Saturday, Maharaj proceeded to lay charges against the M&G and senior investigative reporters Sam Sole and Stefaans Brümmer, who wrote the story. “Attorneys acting on behalf of Mac Maharaj, laid charges against Mr Sam Sole, Mr Stefaans Brümmer and the Mail & Guardian Newspaper for contravening the provisions of section 41(6) of the National Prosecuting Act of 1998,” Maharaj said in a statement. However, Dawes was convinced the charges have no basis. “I’ve got no idea what the charge is – being in possession of documents is not a crime and that’s why I saw there’s no basis for criminal prosecution,” he said.

While Maharaj was intent on pursuing legal action against the M&G, the Sunday Times went ahead and published a story relating to his relationship with Thales (formerly Thompson) anyway. It alleged that Maharaj and his wife, Zarina, had received millions of rands of bribes from the French arms company. The Sunday Times reported that it had obtained a consultancy agreement between Thales and a company called Minderley Investments, owned by Schabir Shaik. “Documents from the Swiss district attorney’s office, which obtained court orders for statements of Zarina and Shaik’s Swiss bank accounts, show Shaik’s company was used as a conduit to channel the Thales money to Zarina’s accounts,” the article read. Altogether, the payments in question total R2.3 million.

Again, Maharaj did not speak to the substance of the charges, but went on an attack against the media, claiming that the Sunday Times had not published his response in full. He has since released his complete response. “The fact that the Scorpions did not bring any charges against either of us should make you alive to the fact that the reported insinuations and allegations of unlawful conduct by us implied in your questions may once again result in, and subject us to character assassination and trial by media consciously making use of selective information only,” he stated. “These issues belong to matters that were investigated by the Scorpions. Neither Zarina Maharaj nor I are prepared to subject ourselves to a separate and additional investigation by a member of the media based on isolated aspects of a comprehensive investigation conducted by institutions established and empowered by law to do so.”

Speaking to the eNews channel’s The Justice Factor programme on Sunday morning, Maharaj reiterated that he was merely trying to defend his rights, and stated: “I will not subject myself to an investigation by any single media agency when it is dealing with matters in an isolated way” and “does not put its information on the table”. Maharaj has stated that he would be happy to speak to the Arms Deal Commission of Inquiry, if he is called upon to do so.

Presumably the commission will deal with the Arms Deal in a comprehensive fashion, and play “open cards”, as Maharaj himself put it. If and when he appears before the commission, Maharaj will have to speak to the matter at hand and not resort to questioning technicalities or going on the counterattack. We look forward to seeing him answer any questions put to him by the commission openly and honestly.

Thing is, being a spokesman is a bit like being a subeditor. Just as it’s much more difficult to sub your own copy than someone else’s, so it’s easier to spin someone else’s story than your own. Maharaj hasn’t handled the fallout around the M&G and Sunday Times stories particularly deftly so far. Perhaps it’s time for our presidential spokesman to appoint his own spokesman? DM