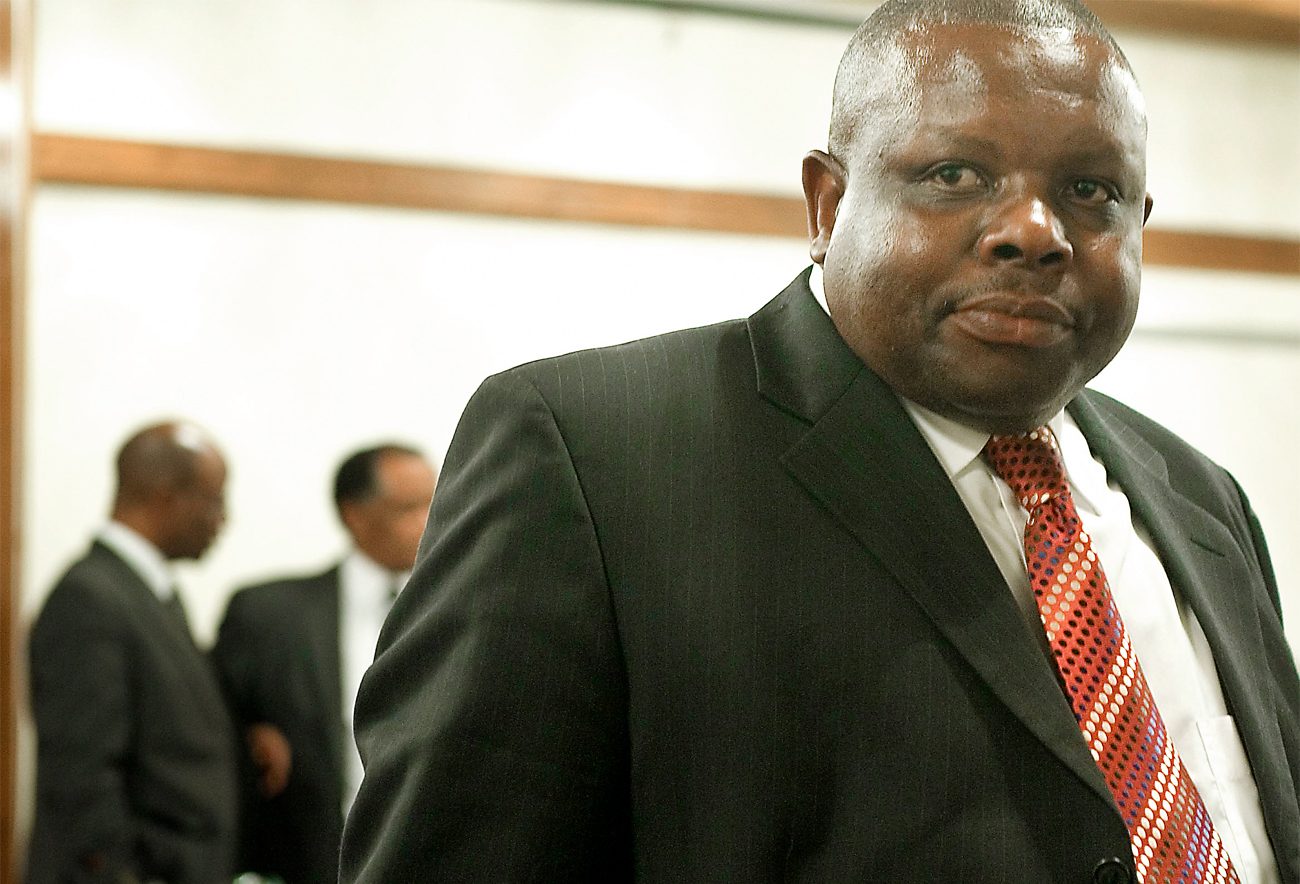 When Chief Justice Mogoeng Mogoeng was finally appointed by President Jacob Zuma, after a long Judicial Service Commission hearing, I, being shy and retiring, took the liberty of giving him some advice. I said to him that the hurricane that was the Judge John Hlophe issue was going to be the toughest thing for him to handle. That if he managed it right, he would have the respect of just about all of his critics. The wind is blowing furiously now, and the testing time is nearly here. So far, Mogoeng's not doing too badly. By STEPHEN GROOTES.

Freedom Under Law (FUL) is a group of legal heavy hitters, with massive reputations, who like to keep an eye on things judicial. They are important to our democracy, because it’s a group of heavyweights. Led by the pugilistic former Constitutional Court Judge Johann Kriegler, it includes people like Archbishop Desmond Tutu and Advocate George Bizos on its board. Thus when it writes a letter to the Chief Justice, that letter, or email in this case, will get read. Even if the Chief Justice may not be particularly enamored with the group at the time. And let’s face it, FUL has never been a fan of Mogoeng; it made submissions to the JSC arguing that he wasn’t the best choice.

But if there is someone FUL has less respect for than Mogoeng, it’s Hlophe. A short as possible back-story: In 2008 Hlophe was accused of trying to influence the way Constitutional Court judges would rule in a case relating to President Jacob Zuma (who appointed Mogoeng, don’t forget). The judges laid a complaint en banc. Hlophe laid his own complaint that they had violated his rights by making that complaint public. Eventually the JSC ruled that they wouldn’t cross-examine any of those involved in the case, because to do so wouldn’t help them confirm any facts. So Hlophe stayed on. Eventually, in March this year, the Supreme Court of Appeal ruled in two separate cases   (one brought by FUL) that the JSC’s decision to not subject those involved to cross-examination was wrong. So now the JSC has to actually hold a hearing on the Hlophe issue. In the meantime, Hlophe has been at his desk as Judge President of the Western Cape High Court (and ruling, from time to time, in favour of the DA).

This tells us a few things. The first is that no one was able to find some way around this, either no one thought it was a problem, or they were unable to convince Hlophe to be unavailable as well. It also says that Hlophe either feels he has done nothing wrong, or that he has to brazen it out at every opportunity. The fact that Hlophe was on the panel was obviously public. But no one made a huge fuss of it for a while. FUL wrote to Mogoeng asking him whether this meant the JSC didn’t have a problem with Hlophe, saying that they were deeply concerned about this development. Mogoeng wrote back, saying he wanted this issue to be decided by the JSC as a whole. That’s a clever move.

The JSC is now, in our opinion, pretty much in the ANC’s camp. There is a “sort of majority” within it that tends to go the ANC’s way. Led, ideologically at least, by deputy correctional services minister Ngoako Ramathlodi, this group comprises some politicians, some lawyers and some judges. As a result, for the last little while at least, what the ANC wants, the ANC has got. The question now is whether the ANC really wants to protect Hlophe, and if so, how far are they willing to go. Eventually Mogoeng said he considered the matter closed until the JSC sits again in April next year. FUL wrote another letter saying hold on, this is urgent. When they got no reply, they went public.

Meanwhile, Hlophe has appealed the Supreme Court of Appeals judgments to the Constitutional Court. This is taking its time because the Constitutional Court doesn’t have a quorum to hear the case in its natural state. Several of the judges would give testimony to the JSC if it were to hold a full inquiry into Hlophe’s conduct. As a couple of acting judges have been appointed to the court (in the normal run of these things, don’t fret), so it should soon have a quorum (however, Judge Sisi Khampepe is currently ill, and that could delay things further).

In his correspondence with Kriegler, Mogoeng says he will not sit in that case. This is very good news. In an environment where many of the main personalities give no quarter, it’s welcome to hear someone say that they feel they cannot be a part of it. While his reason for the recusal hasn’t yet been stated, it’s presumably because Mogoeng tried to broker a deal between Hlophe and the other judges. Either way, this also allows Mogoeng to chair the JSC hearing into Hlophe, should there ever be one. It would have been very difficult for him to rule one way or the other against Hlophe, and then to be seen as neutral. It also has the happy advantage of removing him from harm’s way in another aspect. Both the SCA decisions in the Hlophe matters went unanimously (five judges to zero) against him. That makes it likely the Constitutional Court will go the same way. And can you imagine the fun and games if there was just one dissent…and it happened to come from the bench of the Chief Justice.

The Hlophe issue is to the justice system what the Arms Deal is to our politics. It wasn’t dealt with properly, and thus it keeps coming back. It refuses to die. Perhaps the best political move that he’s pulled off over the last few years was to lay his counter-complaint against the judges who publicised their complaint against him. It allows his lawyers to now say that if it’s wrong for Hlophe to sit on the JSC as there is a complaint against him, it was also wrong for Deputy Chief Justice Dikgang Moseneke to chair the Mogoeng hearings, as there was also a complaint pending against him. But the fact of the matter is that this is the awful nexus where politics, the law, transformation and race all come together. So it’s really about who has the power and who’s in charge. However, sometimes, those in charge end up finding themselves in a position where the best thing to do for them is also the right thing. Think Zuma and the Arms Deal inquiry. Mogoeng and the other members of the JSC could soon find themselves in a very similar position. DM