First Saif is not safe, now Gaddafi's spy-boss behind b...

First Saif is not safe, now Gaddafi’s spy-boss behind bars 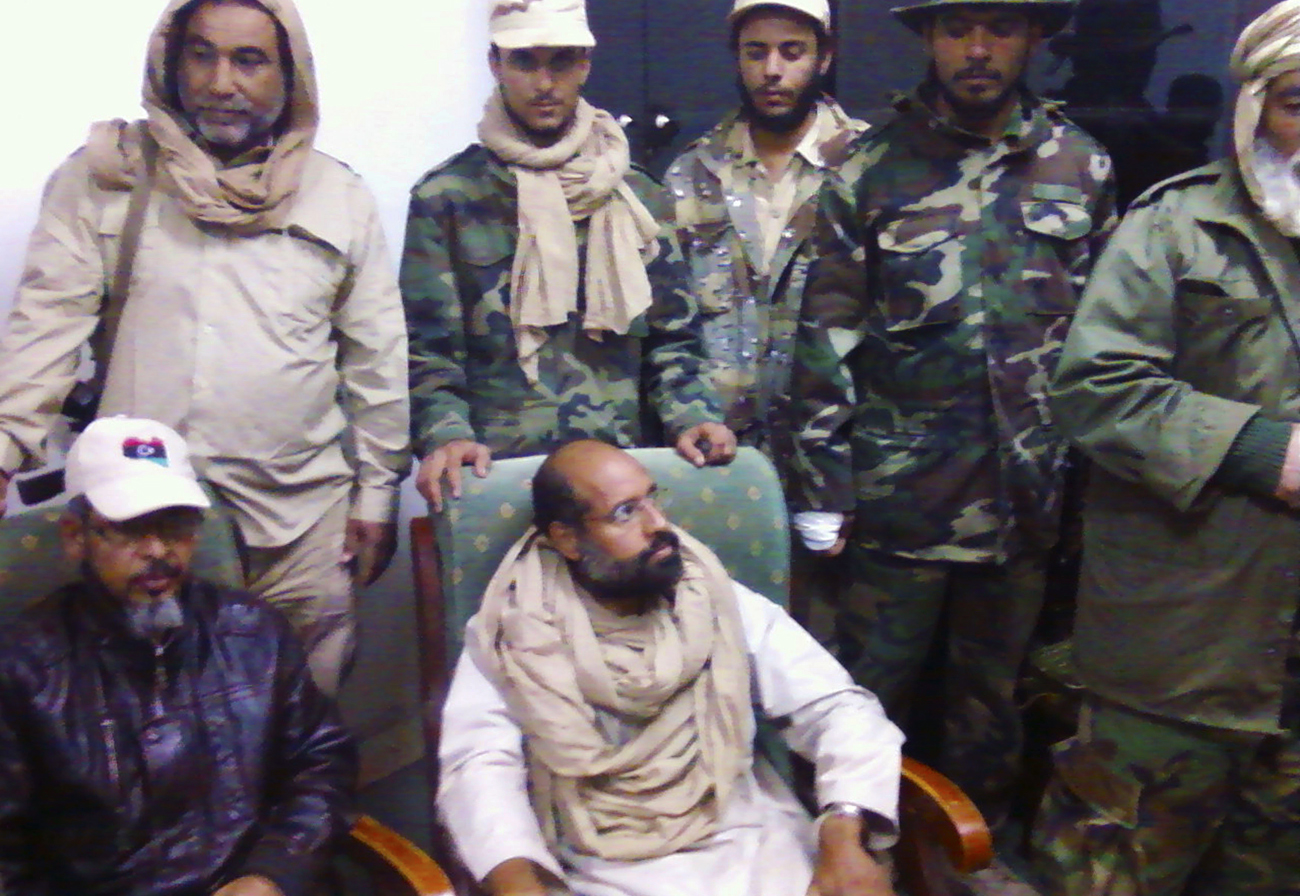 A far cry from the LSE student who had promised democratic reforms to world leaders and negotiated his father’s return from international isolation, Saif al-Islam is now the subject of an ignominious tug of war between Libyans and the International Criminal Court. On Saturday, Human Rights Watch urged National Transitional Council to “uphold its international legal obligations and promptly surrender Saif al-Islam to the ICC, but the NTC has defied international pressure”.

The  ICC itself announced that Libyan authorities must hand over Saif al-Islam, but a day later representatives of the NTC insisted that Saif al-Islam would be tried in Libya rather than the ICC. NTC vice-chairman and official spokesman Abdel Hafiz Ghoga is reported to have told reporters, “The decision is that he will be tried by Libyan courts. It is a question of national sovereignty.”

Interim justice minister Mohammed al-Allagui is also reported to have said Saif al-Islam would be tried in Libya “because local justice is the rule and international justice is the exception.

“We have the necessary guarantees for a fair trial, especially after the amendment of a law that guarantees the independence of the judiciary as regards the executive,” he said.

While ICC prosecutor Luis Moreno-Ocampo is expected to arrive in Libya imminently, he may well not be able to persuade Libyan authorities to hand Saif al-Islam and Senussi over for trial in The Hague. The ICC is, after all, “a court of last resort” and places the primary obligation on national authorities to carry out prosecutions. To stage the trials in Libya, authorities will have to show they are “genuinely able as well as willing” to prosecute the cases in fair and credible proceedings. Human Rights Watch has cautioned that a “swift and substantial reform of the (Libyan) judicial system” would be required for the trials to proceed in Libya.

Richard Dicker, international justice director at Human Rights Watch, believes Libya is unable adequately to enact these reforms.  “Right now the NTC is burdened with many challenges and taking on this legal proceeding will require extensive resources and capacity,” he said.
“For the ICC to find the case inadmissible and must be returned to Libya for prosecution, the Libyan proceedings must encompass both the person and the conduct that are the subject of the case before the ICC. Ultimately, it is up to the ICC judges to determine whether any national proceedings exist that would trump the court’s ability to hear this case. Because the ICC is a judicial institution, its proceedings must run their independent course,” Human Rights Watch said.

The pair face charges of crimes against humanity from the ICC for their roles in attacks on civilians. It is alleged these attacks were committed during Gaddafi’s brutal crackdown on peaceful protesters in a number of Libyan towns.

For now, however, Saif al-Islam’s captors in Zintan refuse to even give him up to the NTC. “He will stay here because it is a safe place for him,” the head of Zintan’s military council Osama al-Juwali told Reuters on Sunday, adding he would remain there for the foreseeable future. “I also think Saif should be tried in Zintan,” he said. The ICC may relent to allow the NTC to try Saif al-Islam and Senussi in Tripoli, but it is unlikely to consent to a trial in Zintan, where the town’s war-ravaged infrastructure may not be able to withstand the logistical demands of such high profile trials.

Saif al-Islam and Senussi may actually count themselves to lucky to remain in Zintan. The NTC has amassed a record in its treatment of prisoners. Besides the killings in custody of Muammar Gaddafi and his son, Muatassim, last month, the NTC is also accused to have severely mistreated prisoners in detention in Tripoli and Misrata as well as summarily executing Gaddafi loyalists.

Late on Sunday, in a video posted on Facebook by the Zintan Media Centre, Saif al-Islam confirmed he was in Zintan among his “brothers” and his “people” and that he was facing “no problems”.

“We are here among our friends and we’ll get medical treatment here in Zintan. We are here with our brothers and our people. There are no problems. We are consulting and talking and discussing, and we are talking about a lot of things,” Saif al-Islam said.

And yet just a day earlier he refused to disembark from a plane in Zintan fearing he would meet the same mob justice meted out to his father.  DM

Photo: A mobile phone picture taken by one of his guards shows Saif al-Islam Gaddafi sitting with his captors in Obari airport November 19, 2011. Saif al-Islam has been captured in Libya’s southern desert, scared and with only a handful of supporters, by fighters who vow to hold him in the mountain town of Zintan until there is a government to hand him over to. Picture taken November 19, 2011. REUTERS/Handout