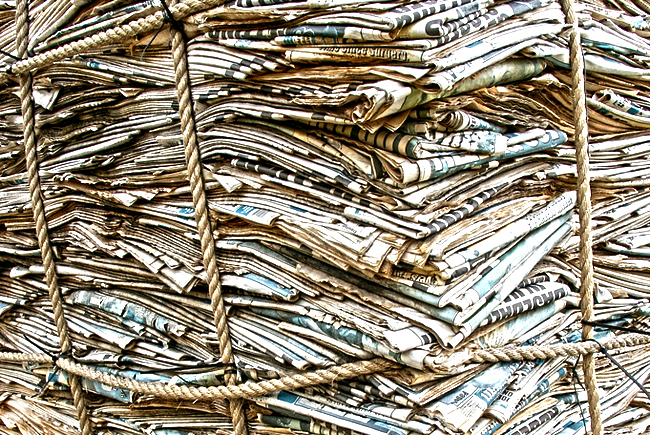 The latest news in the ongoing controversy surrounding the Protection of State Information Bill is that MPs will vote on the matter on Tuesday. The National Press Club has dubbed the day “Black Tuesday” and called on South Africans to don black as a form of protest; the Right2Know Campaign is organising multiple simultaneous pickets and Public Prosecutor Thuli Madonsela has set up a team to investigate concerns around the bill. Whatever happens on Tuesday, South Africans fighting for access to information will not be silenced. By THERESA MALLINSON.

On Sunday Yusuf Abramjee, chairman of the National Press Club, issued a statement declaring “Wednesday 23 November ‘Black Wednesday’, in protest at the Protection of (State) Information Bill”. “Parliament is to vote on the controversial bill on Wednesday. The press club has called on all South Africans to wear black on the day,” read the statement.

Later on Sunday, however, Abramjee was informed by parliamentary reporter Chantal Presence that she had confirmed with the programme director at Parliament that the bill will be voted on at 2pm on Tuesday 22 November in the National Assembly. Abramjee suggested that the voting may have been moved forward because of the connotations of the phrase “Black Wednesday”. As the press statement explained: “’Black Wednesday’ is synonymous with the apartheid government which banned two newspapers and 19 black consciousness movements on 19 October 1977.”

The office of ANC chief whip, Mathole Motshekga, issued its own press statement on Sunday evening, showing distaste for the comparison between events in 1977 and South Africa today. “The National Press Council’s likening of the scheduled democratic and constitutional process in Parliament this week, in which the draft legislation on the Protection of State Information (Bill) would be put to vote, to the infamous 1977 Black Wednesday, is nothing short of a reckless hyperbole aimed at peddling misinformation and distorting history,” it read. “The Council’s plans, in which a democratic and open parliamentary process would be declared Black Wednesday by having people dress in black, are tantamount to staging a parody of one of the saddest political events of our history.”

The office’s statement also confirmed that the vote was scheduled for Tuesday, not Wednesday. In light of the changed date, “Black Wednesday” will now become “Black Tuesday”, but the original intentions of the protest still stand. “It (the change of date) is not going to make a major difference,” Abramjee told iMaverick. “Our call is still on South Africans to continually make their voices heard by wearing black and making a protest.”

As the original call to action read: “We appeal to South Africans to wear black on Wednesday as a form of protest. Even wearing black armbands is encouraged. Let’s tell the government we are all opposed to censorship. It’s crunch time. The nation needs to unite and stop this nonsense.” In addition, the National Press Club called on President Jacbo Zuma not to sign the bill into law, even if it is passed by Parliament, and instead refer it to the Constitutional Court. The organisation also called on the ANC to make changes to the bill to bring it in line with our Constitution.

“The proposed law is going to affect all South Africans and we all need to stand up now,” Abramjee stated. “This bill does not only affect the media – civil society at large needs to raise its voice now.” Abramjee noted that the Right2Know Campaign was planning a series of countrywide pickets on Tuesday. “It’s time for action now,” he said. “We can’t just sit back and let these laws be passed.” Seems people are listening, as Abramjee said that – even given the short notice – the response to the Black Tuesday protest has been phenomenal. “Thousands of people have said they will take part,” he said. Abramjee added: “I am also calling on editors and journalists, time permitting, to be in Parliament on Tuesday when the vote takes place, to show the parliamentarians we are sincere.”

In its statement, the National Press Club also asked print media to “consider blacking out some reports on Wednesday (now Tuesday) to show what can happen with this law. Electronic media should also bleep out some reports to drive the message home.” Of course, Friday’s censored edition of the Mail & Guardian shows that existing legislation (in this case, the National Prosecution Authority Act) makes taking such actions a reality that editors have to grapple with right now, even before the Protection of State Information Bill comes into play.

Apart from Right2Know and the National Press Club, other organisations that have been outspoken in their opposition to the Protection of State Information Bill include the South African National Editors Forum and trade union federation Cosatu. On Thursday, Sanef issued a statement reiterating its position that it would take legal action if the bill is pushed through without a public-interest defence clause being added. And on Wednesday Cosatu also made its stance crystal clear. “(S)hould the Bill that is eventually passed by Parliament still contain fundamental problems we will have no option to revert to our earlier undertaking to pursue the matter through a constitutional legal challenge,” read a statement by spokesman Patrick Craven.

In a further development, Public Protector Thuli Madonsela has confirmed that her office would investigate the Protection of State Information Bill. On Friday Abramjee, in his capacity as National Press Club chairman, had written Madonsela a letter, reminding her that she had previously indicated she would investigate the bill, if asked to do so. “The National Press Club hereby appeals to you to please probe the matter,” stated the letter, and requested an urgent response. Madonsela responded with alacrity, with an announcement being made on Sunday that she has set up a team to look into the matter. “What the team has been instructed to do is to prepare a submission or a point of view which will then indicate what the concerns are”, EyeWitnessNews quoted her as saying. “She’s indicated that she’s appointed a team to look at the Protection of State Information Bill, which we think is a good sign,” Abramjee said.

It does seem like a good sign, but it still appears likely that the Protection of State Information Bill will be passed in Parliament come “Black Tuesday”. What is certain is that when this happens, Zuma will be under a great deal of pressure from all quarters – possibly the Public Protector, and most definitely civil society, not to mention tripartite alliance partner Cosatu – not to sign the bill into law. And that if he chooses to let their warnings fall on deaf ears, a constitutional challenge will ensue. DM