M&G falls foul of NPA Act; a dark portent of things to...

M&G falls foul of NPA Act; a dark portent of things to come 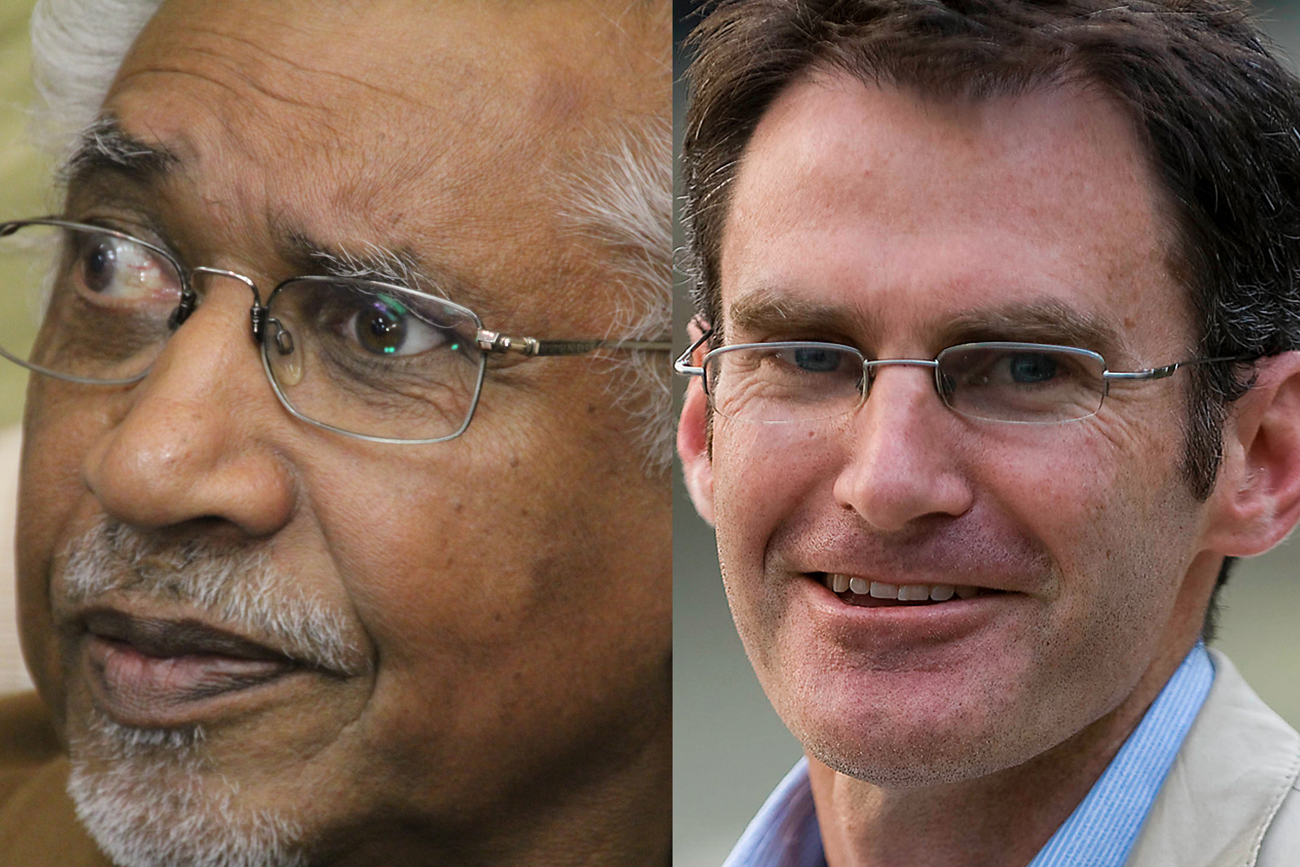 This Friday's Mail & Guardian features a greatly redacted version of its lead story about a Scorpions' investigation of Mac Maharaj, after his lawyers alerted the paper to the fact that publication would contravene the NPA Act. The M&G is now seeking the director of public prosecution's permission to publish the story. If (or, more realistically when) that is denied, the newspaper will challenge the law on constitutional grounds. It hasn't escaped anyone's notice that what amounts to censorship of the media will become increasingly common should the Protection of State Information Bill be voted into law next week. By THERESA MALLINSON.

It’s every editor’s nightmare: having your lead story threatened with legal action hours before publication. This Friday the Mail & Guardian was set to run with an article about an investigation into presidential spokesman Mac Maharaj. Instead, the paper has had to resort to slapping a “censored” graphic across its front page, and the story itself is heavily redacted.

The information that the M&G would have published, in a story by senior investigative reporters Sam Sole and Stefaans Brümmer, relates to the Scorpions’ now-defunct investigation of Maharaj, during which he gave evidence under oath in terms of Section 28 of the National Prosecution Authority Act. “Just learned that the NPA Act has sections as bad as #secrecybill. Your M&G will look butchered tomorrow. Blame Mac Maharaj,” M&G editor Nic Dawes tweeted shortly after 6pm on Thursday. He explained the situation in more detail to Daily Maverick.

“There’s a section of the NPA Act called Section 28, which deals with confidential interviewing processes that they may conduct under oath during their investigations,” Dawes said. “The part that we’re falling foul of here is a very little-known addition to the act, which says that no person without the permission of the national director (of public prosecutions) may disclose any information about the record of evidence given at that investigation, or any of the relevant documents on pain of a fine or a period of imprisonment not exceeding 15 years, or both.”

On Wednesday the M&G sent Maharaj a list of questions pertaining to its story, to offer him an opportunity to comment. “He didn’t answer our questions; he simply asked us where we got the information from,” said Dawes. “His lawyers sent us a letter, pointing out this offence (the contravention of the NPA Act), and reminding us of the criminal action taken against News of the World reporters in the UK, and saying that they would take appropriate court action (if we published).”

“We were given an indication that there may be an interdict against us as well. And we had a lengthy discussion with our lawyers, who advised that we may be liable for criminal prosecution if we went ahead,” Dawes said. After the decision not to publish the story in full (not yet, anyway), the most immediate crisis to deal with was what to do about the front page and lead story. The resultant blacked-out columns are eerily reminiscent of Weekly Mail editions during the apartheid era. “We were already right on our print deadline, so we had to move quite quickly to redact the story, and make sure that we were able to still print the story,” said Dawes. “About 80% was cut out.”

Speaking on etv’s Newsnight on Thursday evening, Dawes stated: “It was a very difficult decision not to publish.” But, despite the redacted edition of the M&G you’ll be reading on Friday, this isn’t the end of the story. In a statement posted on the M&G website, Dawes said: “We believe that we have every right to publish the information which raises serious questions about the conduct of the man who speaks on behalf of the president. However, faced with threats of both civil and criminal action, we have been advised by our lawyers to withhold publication pending an application to the national director of public prosecutions for permission to disclose the relevant material. We hope that the director, Menzi Simelane, will demonstrate the government’s professed commitment to transparency.”

Maharaj issued his own counter-statement via Sapa on Thursday evening: “In the name of press freedom the M&G arrogates to itself the ‘right’ to break the law that has been on our statute books since 1998. Their editor Nic Dawes acknowledges as much when he states that they will now seek the permission of the national director of public prosecution, Adv Menzi Simelane, for ‘permission to disclose the relevant material’. In short they want the NDPP to retrospectively give them legal protection against their unlawful actions.” The statement also accused the M&G of “seek(ing) to hide its complicity in criminal act/s by raising the spectre of a threat to media freedom and invoking fears of censorship”.

Dawes strongly disagreed with this assessment. “Mr Maharaj has no basis of which to accuse us of complicity in criminal acts. He is simply trying to distract attention from his own wrongdoing, and from his efforts to use unconstitutional legislation to suppress reporting in the public interest,” he said. “What he should be doing is explaining to the public why he wants to suppress that evidence, and he should be giving answers about it, not seeking to prevent its publication.”

During his appearance on NewsNight, Dawes stated: “It seems very clear to us from the information we have that Mac Maharaj lied to the Scorpions” When iMaverick asked Maharaj to comment on this allegation, he replied: “I’m not going to make any sort of comments until I’ve consulted my lawyers. In the meantime, I’d just like to emphasise that this is not about any future law, but about existing laws and my rights.”

The M&G will now wait for Simelane to grant it permission to print the original story. But considering our national director of public prosecution is a political appointee, it seems highly unlikely that he’ll give the go ahead. In which case, as Dawes made clear on NewsNight, a constitutional challenge to the NPA Act will be called for. “First (we’ll) do the strictly required thing and ask the National Director of Public Prosecutions for permission, and if not, go to court,” he said, adding later: “We’d like to fight the unjust law rather than breaking it.”

At this stage, everyone across the country (apart from those plucky journalists and lucky subeditors at the M&G) is dying to know just what the censored story reveals. Obviously, Dawes was unable to tell iMaverick exactly what information the blacked-out columns contain, but he gave us some broad strokes. “The background to the story is the Scorpions’ now defunct investigation into Mac Maharaj’s financial relationship with Schabir Shaik and the French Arms company, Thompson. And it reflects on the flow of money between them,” he said. “Some of that information is already in the public domain, but in fact we would’ve taken the story further and raised, I think, quite serious questions about Mr Maharaj’s conduct, character and suitability for high office.

“This story has considerable current relevance, because of course it touches closely on the Arms Deal Commission of Inquiry, which the Constitutional Court effectively ratified today,” Dawes said. “That’s going to be a subject of huge import in our public and political life. And both the public and the commission itself have the right to be informed about the all evidence.”

It goes without saying that having to stop publication after being threatened with legal action is never an ideal situation. But, in one respect, the timing was just about perfect. “This is exactly what we’re going to experience under the Protection of State Information Bill – a blanket ban on publication regardless of the public interest,” said Dawes. “If anyone still thinks that the Protection of State Information Bill doesn’t need a public-interest defence, they just have to look at this story to understand why it does.” DM