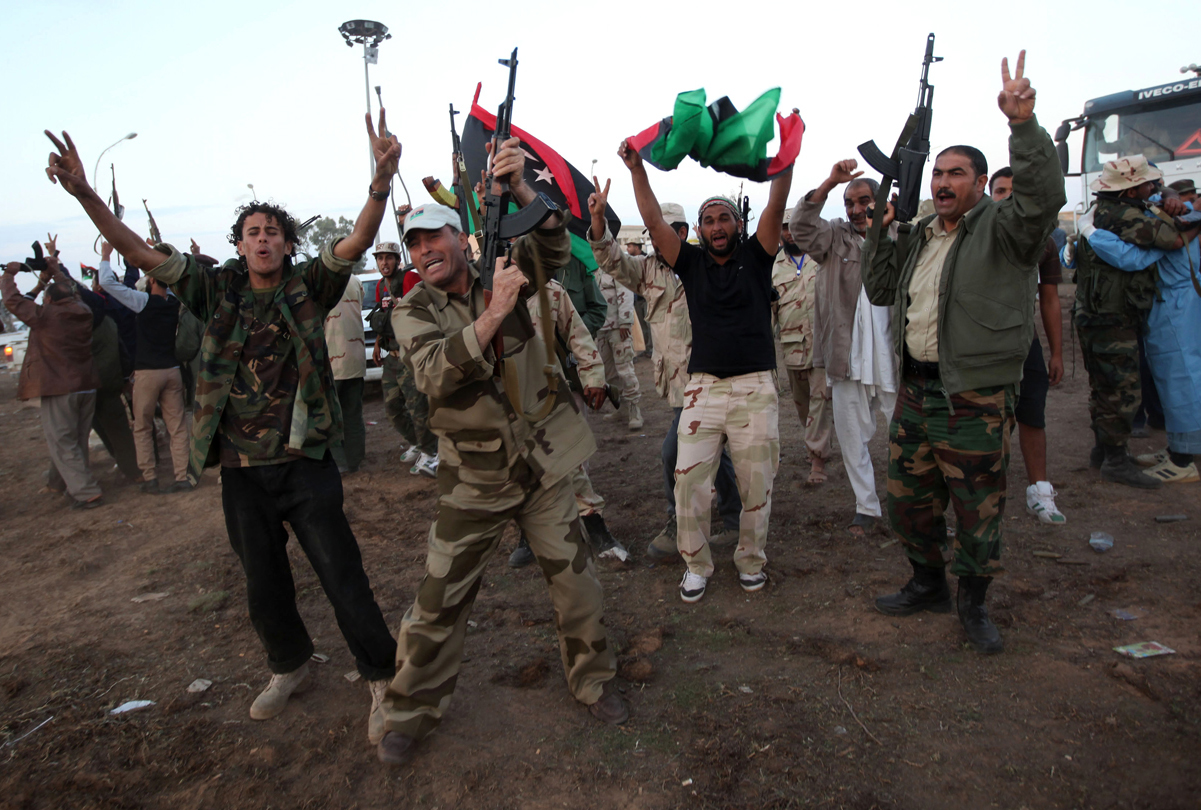 When the United Nations Security Council voted in favour of a no-fly zone over Libya, it was described as a “humanitarian intervention”. Gaddafi’s forces were eventually defeated and the dictator himself killed – and 6.4 million Libyans, minus a few thousand casualties of war, were liberated. Long live humanitarian intervention.

Yet, in the chaos of the new Libya the debris of the war has created a new humanitarian emergency. There are two prongs to this crisis – that of displaced populations in Gaddafi’s former strongholds and vast amounts of lethal weapons and unexploded ordnance.

Weeks after liberation was announced, a shortage of fuel has seen both Sirte and Bani Walid without water and electricity. The displaced populations fear antagonism and reprisals and most are not expected to return to their homes until their safety can be assured.

In Bani Walid, a third of the 45,000 who fled the town have still not returned leaving Libyan and international NGOs having to provide food for them. The total number of people still displaced is unknown, though at the end of September it was estimated between 100,000 and 150,000 people across Libya had had to flee their homes. In addition, Gaddafi loyalists and minority communities such as migrant workers from neighbouring countries and the nomadic Tuareg people report regular intimidation and restrictions on movement.  This week, the European Commission announced that the protection of the civilian population and the presence of unexploded ordnance, arms and ammunitions were chief among the humanitarian headaches in Libya.

Kristalina Georgieva, European commissioner for international cooperation, humanitarian aid and crisis response said: “One of the major threats to civilians remains the residues of war. Despite the cessation of the fighting, unexploded ammunition and mines are still claiming victims, especially children.”

Guy Marto from Red Cross said unexploded munitions had alreadycaused casualties in Sirte. More than 100 people have been injured or killed by these unexploded devices since fighting ended in October.

The ICRC reported clearing some 1,400 warheads, munitions, grenades and mortar shells across Libya since March. Worryingly, medical services are too ill equipped to “cope with the current levels” of the crisis.

Both the EU and the ICRC believe education about the dangers of the unexploded ordnance and weapons are key to peace and security in the short-term. However, long-term solutions will be needed if the new Libyan government’s plans for peace and security, due to be announced next week, are to succeed.  DM