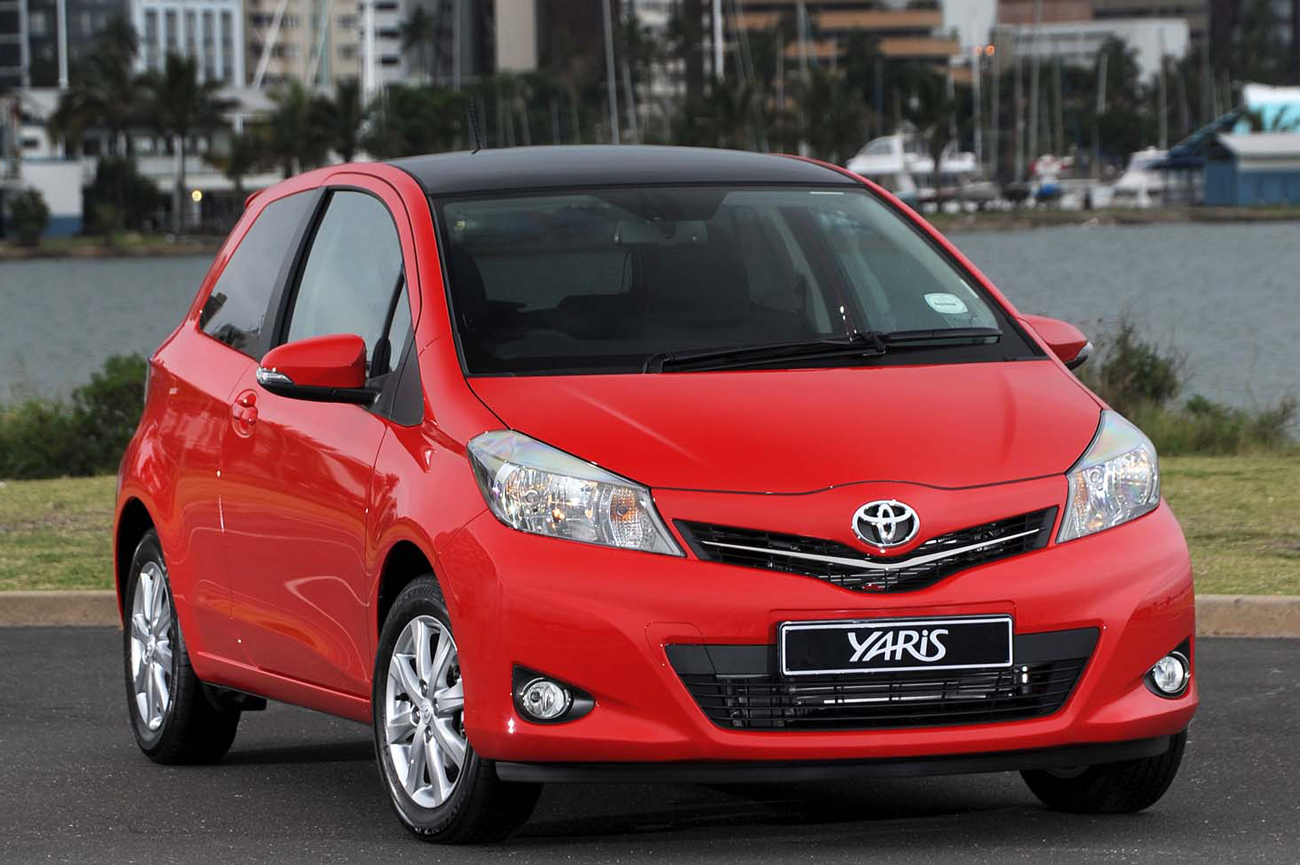 Once the baby of the local range, the latest version of Toyota’s Yaris is now more teenager than toddler. But is bigger necessarily better – especially given the asking price? DEON SCHOEMAN drives the newcomer in KwaZulu-Natal.

It’s an established fact that successive generations of a particular model range tend to increase in size, in girth – and generally in price. Compare today’s Toyota Corolla sedan to the spindly original, and you’ll see what I mean.

The reasons are not hard to find. By definition, a new version of an existing model needs to be better in every respect if it is to persuade owners to trade in old for new – while also luring new customers onto showroom floors.

In the small car arena, the resolve to improve most often involves increasing both interior and exterior dimensions – the latter most often as a result of the former. And so, almost imperceptibly at first, “little cars get bigger every day” (apologies to Maurice Chevalier). Toyota will argue that the all-new Yaris, offered in both three-door and five-door form, has managed to increase interior space substantially without stretching the exterior dimensions too much – but the reality is that the new Yaris is a bigger car.

Nor is it just a matter of measurement: the new Yaris may be only 100mm longer and 20mm taller, but the hatchback exudes a more substantial presence. The cute and compact toddler has become a lithe and more assertive teenager. The contours are more defined, adding some visual muscle to the overall design. At the front, the grille is a narrow, chrome-filigreed grimace, underscored by the hungrier aperture of a lower air intake and flanked on either side by fog lights on the fancier models.

The rear is almost too fussy. The integrated bumper crowds the tailgate with a flurry of creases and curves that add unwelcome bulk, compared to the sleek flanks. At least the triangulated tail light clusters provide some welcome visual punch.

However, it’s the interior of the new Yaris that reflects the most significant progress. It looks and feels airy and spacious, with no sign of any small-car claustrophobia. Accommodation is roomy front and rear, and the materials look attractive and are pleasant to touch. The dashboard uses contrasting colours and textures to achieve visual distinction, while the chunky switchgear is unambiguously arranged for intuitive operation. A grippy steering wheel with multifunction controls adds to an unexpectedly upmarket ambience and tactile quality. Other features offered as standard across the three specification levels on offer include power steering, a six-speaker sound system with iPod and USB connections and remote central locking.

The mid-range Xs versions run on alloy wheels and gain air-conditioning and electric operation for the front windows, together with cosmetic enhancements such as chrome detailing and colour-coded mirrors and door handles.

The top-spec Xr models get the full-house treatment, with a list of kit that embraces auto headlamps, rain sensors, a sportier steering wheel, and a touch-screen audio system with Bluetooth connectivity.

Under the skin, buyers get to choose between an updated 1.0-litre three-cylinder engine and a completely new 1.3-litre four-cylinder powerplant. The former is offered in conjunction with a five-speed manual gearbox only, while the more powerful unit is coupled with either a six-speed manual, or a CVT auto gearbox.

With 51kW and 93Nm on tap, the 1.0-litre isn’t the most zesty engine, but goes to work bravely to provide brisk motivation, as long as you’re prepared to use the full rev range and make ample use of the gearbox. The engine rewards such efforts with a delightful, off-beat growl. There’s enough go for urban commuting, but long-distance highway driving is all about retaining momentum, and steep hills often become a speed-dissipating challenge, especially with a full load.

But the good news is that fuel consumption is frugal. At 5.1 litres/100km for the combined cycle, the Yaris 1.0 is 6% more economical than its predecessor, while CO2 exhaust emissions of 119g/km mean it falls under the exhaust emissions tax threshold.

The Yaris 1.3 is a lot sprightlier, thanks to the 73kW and 125Nm on tap. But it’s still no rocket ship and the engine’s peaky delivery means the need for plenty of gearbox action remains.

However, thanks to the slick six-speeder, swapping cogs is never a bind and in fact adds to the zippy character of the car. That’s also reflected in its lively road manners: a composed suspension and short wheelbase make for a ride that’s on the taut side with good feedback. Sharp steering makes for crisp turn-in and easy parking, but the electric power steering dulls steering feel. The 1.3-litre models retain a modest appetite for unleaded petrol, with a claimed combined-cycle consumption figure of just 5.6 litres/100km. CO2 emissions come to 131g/km. The CVT version is even more frugal, with figures of 5.4 litres/100km and 125g/km respectively.

So, the new Yaris emerges as a competent, well-equipped and economical runabout that links verve and character to a superb interior. It’s also a step up from its predecessor. That, together with Toyota’s brand equity, should guarantee it a similar level of popularity – except for the small matter of pricing. The 13-model Yaris range starts at R124,000 for a baseline 1.0 Xi three-door model, and extends to a whopping R203,700 for the top-flight 1.3 Xr in three-door trim.

Of course, Toyota will point out that the pricing reflects fair value, considering the amount of standard kit offered for the money, together with the latest-generation engineering employed under the skin.

It’s also worth noting that the pricing includes a four-year/60,000km service plan, together with the usual three-year/100,000km warranty. But in sheer rands-and-cents terms, the Yaris has moved up a couple of rungs, which has probably put it out of the reach of new car buyers on a tight budget – especially as far as the more powerful (and more versatile) 1.3-litre models are concerned.

Given that the R100 000 – R200 000 price band is easily the most closely contested one in the local new car market, the Yaris might just find the going tougher than expected. DM